Do you want to visit other parts of Asia? Are you tired of visiting only South Korea and Japan whenever you take a trip to Asia? Do you want to know about the most dangerous countries in Asia? Well, you came to the right place. Some Asian countries can put your life at risk if you are looking for a trip filled with adrenaline.

Of course, we don’t recommend visiting these countries if you aren’t experienced. So without further ado, here are a couple of Asian countries that are dangerous to visit.

Top most dangerous countries in Asia

Pakistan can be a dynamic country when it comes to safety. We recommend avoiding border regions along Afghanistan as you will surely put your life at risk. Religious extremists take refuge in those zones, and you don’t need too much research to know what will happen if you were to get caught by them.

There are conflicts between terrorist groups, and the zone is always bombarded by the US military. Tourists, reporters, soldiers, almost every type of foreigner have been taken hostage. Some of them were released after a while, but some of them weren’t lucky.

A city you should avoid while in Pakistan is Karachi as it is nearly lawless and the crime rate there is very high. In some zones of Pakistan car bombings and political assassinations happen on a weekly basis. In Karachi, murder and kidnapping are something common. Foreigners should be careful when traveling this country.

Yemen has a lot of problems when it comes to dealing with groups that aren’t satisfied with their government. People are more likely to sympathize with terrorist groups like Al Qaeda and ready to take up arms to fight the government. Yemen also has a lot of firearms readily available for every group and part of the country’s population.

Car bombs were set for the military, political targets and even tourists before. The tourists were from Spain and traveled in a convoy. The entire group died due to a car bomb explosion. Foreigners are a sure target for terrorist groups, so it’s best to avoid hot spots in Yemen and stick with cities that are peaceful.

Al Mukalla is one of the cities that you should avoid when visiting Yemen. It is dangerous, and it’s not worth the trip.

Chances are you already know that this country’s last decades are only reflected by war. Because of that, don’t expect to have a peaceful trip in this country any time soon. Many consider this country the most dangerous one not only in Asia but in the world.

Al Qaeda operates many regions of Afghanistan, which means hostage taking; terrorist attacks and other crimes are common things. No matter what race you are, what religion you practice or your ethnicity, you can easily get targeted by terrorists. Tourists can easily be kidnapped by Taliban or even a couple of criminals for financial gain.

Once captured by terrorists or criminals in Afghanistan, the chances of being released or surviving long enough until help arrives are close to zero. So it’s best to skip this country and visit Poland or any other country.

If you are planning to visit Syria, especially Damascus, we recommend going in a tank. It’s a war zone, especially in Damascus, having a weapon or an armed partner can increase your chances of surviving this trip. Then you can meditate for an hour or so on what made you decide to visit Syria in this period.

Civil wars plus terrorist groups all made this country what it is today, most of it, anyway. ISIS appeared, and this group started to behead journalists, crucify people and other extreme actions.

The group is so violent that even Al Qaeda decided to distance itself from this group after ISIS started beheading children that belonged to other Muslim sects. Militias and alliances have been accused of kidnappings, tortures, and killings among other things. Everything in Syria is being bombed, and it looks more like a battlefield than a country.

We advise not to go there, not as a tourist and not as a journalist. You may be kidnapped and face a brutal death and probably appear on TV as well. Not the best way to end a trip.

After the US invasion, this country, once stable, is now one of the most dangerous countries on Earth. Terrorist groups plant bombs in public places and often target innocent civilians. Kidnappings and beheadings happen almost on a daily basis. Most of the victims are the Iraqis, but foreigners are also targeted.

Police will find many mass graves with victims that show signs of being tortured before being killed. The kidnappers are well organized, so if you travel and want to keep a low profile, you will have a hard time. They will know that you are a foreigner and you will be a sure target.

No one is safe in Iraq, not a politician, a civilian, a foreigner, even terrorist for that matter. It’s a place where the human life costs nothing and torture seems to be something that terrorists do to pass the time. Be very careful if you want to visit this country, no one will guarantee your safety.

Malaysia is a great country to visit. While it’s not war-ridden like the examples above, it’s best to come prepared. Get a guide or another friend. Kuala Lumpur is a city that has a high crime rate. Pick-pocketing, scam artists, violence, and rape are all part of the city’s daily events.

Our recommendation when visiting such cities or countries is to have no jewelry on you, stick with the crowd and don’t go into dark alleyways in the middle of the night. These are common things that can save your butt even in peaceful countries, so do take them into consideration.

This country has a lot of cities where the level of crime is always high. Quezon City and Manila are the two main towns you would want to watch out. There is a high murder rate in both of these cities plus other criminal cases such as rape, assaults, violent robberies, etc.

Just be careful with what person you talk, don’t go alone into secluded places or wave your smartphone or wallet around. Also, try to be respectful, a joke home can be interpreted as an insult in the Philippines and even the police can’t help you there.

North Korea is not a dangerous country per say, but it is a very strict one. You need to be respectful and need to respect every law no matter how silly it may sound. Fail to do so can lead to prison time and other painstaking legal actions. Mind your manners, and you will be ok.

How to prepare for a trip to Asia

Arranging a trip to Asia can be tricky, so we made this list of top tips for visiting Asia:

Be respectful and humble. Remember, you are in a foreign country with different laws and people with a different mentality. While some may be friendly towards your jokes or how you interact, some may be irritated by your attitude. Try to be friendly and not a pain in the butt, and only good things may come out of that trip.

If you are planning to visit countries that are full of terrorist groups and war zones, a Kevlar vest and a gun should be your secondary methods of keeping you safe. The primary ones are: minding your own business and keeping a low profile. Remember, once you get kidnapped, your chances of surviving are slim, so don’t risk it.

Avoid shady people. If you think that a particular person wants to scam you or hurt you, you are better off asking a police officer or other locals that look friendly. Also, try your best not to get fooled by taxi drivers, it’s the oldest scam in the book, and many fall for it.

Don’t wear jewelry when traveling. You can easily get mugged, even in safe countries. Keep your appearance simple so that you won’t become a target.

Another tip is to try your hardest to avoid violent countries that are plagued by religious extremists, especially if you are a woman. It doesn’t take a lot of research to understand how some of these groups treat women. Also, try not to go in public dressed in provocative clothes.

Keep your religion and ideas to yourself. The last thing you need after enjoying a McSundae is having an AK-47’s barrel pointed at your nose because you believe in the Spaghetti Monster.

So, is Asia safe to visit? Depends on mostly one which countries, but some of them we would avoid. There are a couple of countries in Asia that aren’t safe to visit, and you won’t see them on Discovery Travel and Living anytime soon. 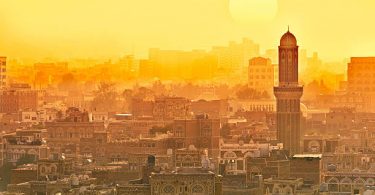 More and more people are considering traveling to the Middle East. That’s specifically because the...

Vietnam is a beautiful country known for its richness in history and its awe-inspiring... 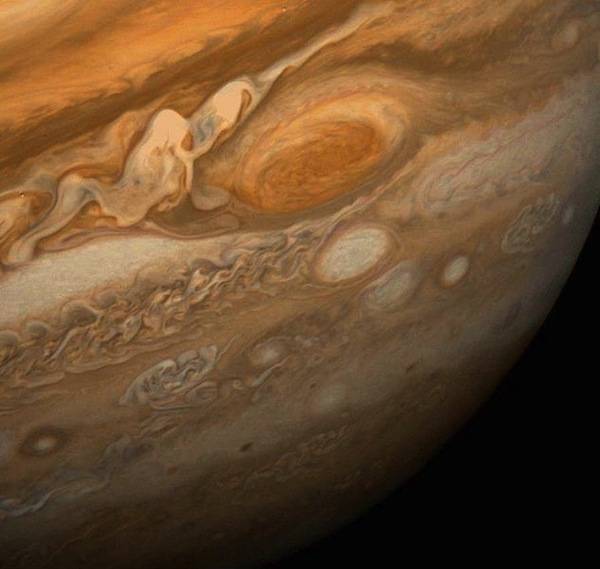 When thinking about potential holiday destinations, Uzbekistan rarely makes it to the list. The...