Volcanoes have been pictured violently assaulting the earth and life around them since the earliest of times. There are cultures that have many myths wrapped deeply in the heart of volcanic action and still others that keep a current day watch on active volcanoes they live near. Scientists have dug at the heart of these geographical wonders in pursuit of the answer to what are volcanoes and they have found many interesting facts and more.

The Earth Is Made Of Plates

In order to answer the question, ‘what are volcanoes,’ you must first start by carefully considering how the Earth is made. In particular you’ll have to look at the surface and what is beneath it. The volcano is where the earth’s crust gets broken and magma is able to flow through to up to surface and become lava.  It means, ‘what are volcanoes but magma outlets?’ The crust is often broken because underneath there has been a shift in plates causing the earth to move and the crust to crack. 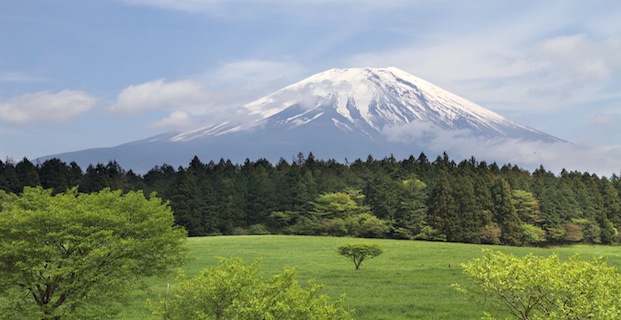 There is even a branch of science devoted specifically to answering the question, what are volcanoes, called volcanology. The scientists are called volcanologists and they have spent years in the study of geology, chemistry, physics as well as earth sciences when they are in school. While in their career they will study and monitor volcanoes and any volcanic action to help better understand and predict when certain eruptions might occur so any populations in the area can be warned and any studies can be performed.

Understanding How They Are Classified

During the course of study volcanologists have discovered that there are several distinct types of volcanoes. Being able to classify them helps to unify research that other scientists are doing as well. There are a few different ways that a volcano may be classified into. They are:

These are when a volcano is at its most dangerous. Here they are erupting regularly and this can affect the living area surrounding it. In Equador the Sangay volcano has erupted frequently in the last 79 years. The ‘Lighthouse of the Mediterranean’ is the Stromboli volcano just off Italy’s west coast and it has been erupting for more than 2,000 years.

This is where there has been an eruption in our history as far back as we’ve recorded but it’s been quiet for some time. There are numerous dormant volcanoes on the islands of Hawaii as well as in Iceland and Australia.

This is where the volcano has not erupted in history so far as we’ve recorded and evidence suggests that it won’t. In addition to this, volcanoes can also be classified into different types as well.

These volcanoes have slopes that are not as steep as the other types. The lava builds in multiple layers forming a shield over time. The shield volcanoes contain low viscosity magma. 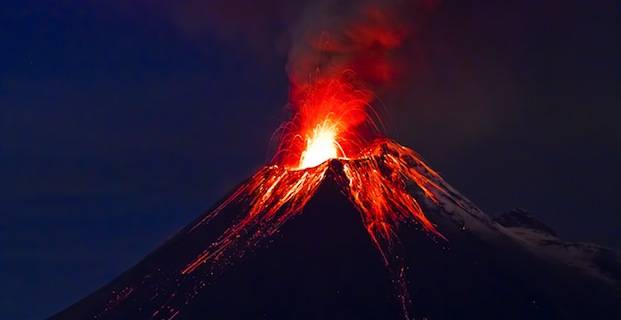 These are considered to be more explosive than the rest. The lava doesn’t actually flow very far from the vent and it can form in the crater of volcanoes. Lava is known to clog the vent and then build up underneath causing bigger explosions.  When we picture the answer to ‘what are volcanoes,’ these are the formations that often come to mind.

These are small mounds of lava that’s cooled.  It’s not uncommon to find them formed on other volcanoes. When looking closely at, ‘what are volcanoes’ you’ll often see different types close together.

These are sometimes called stratovolcanoes and have cinder rocks as well as lava flows. They can be considered layered volcanoes. They have ash layers as well as hardened rocks and cooled lava layers. Because of the various layers there can easily be a buildup of gasses. These gasses can cause explosions. For many reasons this makes these some of the most dangerous volcanoes.  They are more common where plates converge and one goes underneath the other, also called a subduction zone. It becomes bowl like in the top layer, also called a caldera or crater.

These are where the Earth’s tectonic plates start spreading apart and hot spots spring up. There is a current fissure in Iceland. This island formed between Eurasian Plate and the North American Plate.

What Are Volcanoes For? Creation Or For Destruction

When answering the question, what are volcanoes, one must look at whether or not they destroy land or create more land. The islands of Hawaii are created by volcanic activity in a hotspot centuries ago. They are capable of changing the climate as well.

The Pacific ‘Ring Of Fire’ Volcanoes

The pacific plate meets many other plates and these form a ring of volcanic fire. There are known to be more than four hundred volcanoes in this ring. Some scientists estimate that fully 75% of all existing volcanoes actually reside in the ring of fire.