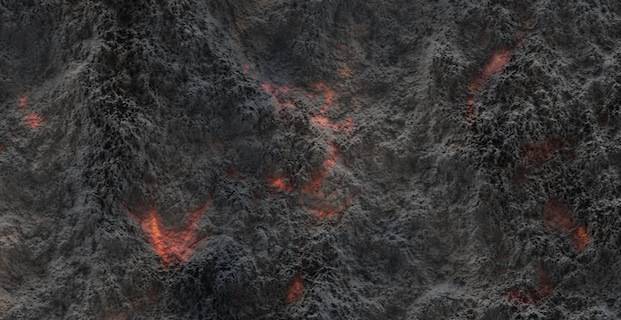 Volcanic Ash Facts. Volcanic ash is the ash produced when an eruption is about to or is taking place.

Volcanic ash is the ash produced when an eruption is about to or is taking place. There are several negative effects of volcanic ash on the people that live in the area and even those that are nowhere near the volcano. This type of ash can have problems as far as different continents with several instances in which it has actually dropped the overall temperature of the planet. The amount of problems that the ash will cause depends greatly on the size of the eruption but even a smaller eruption could have measurable effects on an area.

When a lot of people hear about volcanic ash they may think that it will be mostly a problem that has to do with cleanup. In fact, the problems could be a lot worse. In some cases the problems that can arise from the ash could be deadly. In some instances when ash has fallen it has destroyed plant and animal life. That is because plant life can get buried under volcanic ash while the animals that depend on that plant life will starve to death. Another problem could be that the animals in the area will be inhaling the ash which can interfere with their respiratory system, not allowing them to breathe properly and therefore killing them.

Another problem which volcanic ash can create in an area is when it falls on the roofs of the people who live in the area. The problem with that would be the fact that it can weigh down on weaker structures and therefore cause them to collapse under their own weight. The problem can get even worse if rain were to fall at the same location, because the rain would solidify the ash and therefore make it heavier. Finally the people in the surrounding area could suffer the same fate as the animal life. If they don’t take good care of themselves and breathe in the ashes, those ashes could solidify inside their lungs, making it a potentially deadly situation.

One of the very real dangers of volcanic ash is the possibility of pyroclastic flow. That would be a mass of gas, ash and rock that could travel at speeds close to 125 miles per hour. The problem with this type of situation is not only the speed of the gas and the magnitude but also the temperature of it. It has been calculated that the temperature inside a pyroclastic flow is anywhere between 752 to 1,472 degrees Fahrenheit. That means that anything in its path would cook almost immediately. Signs of this type of event were found by archaeologists who were studying the eruption of Mount Vesuvius in 79 A.D.

Airplanes can be greatly affected by volcanic ash, especially because engines and ash do not mix. If ash goes into a plane’s engine it can stop the engines and cause the aircraft to crash. When the ash solidifies in the engine it will create crystals that will damage the engine and that is what stops it all together. Pilots who have flown into volcanic ash have reported the plane’s throttle system fails and as they apply more throttle the situation tends to get even worse because that is what cools down the ash, solidifying it.

Volcanic ash can be as dangerous as to cause a drop in worldwide temperatures. If the eruption is big enough then that drop in temperature could impact crops and communications and cause food shortages.