Formation and Evolution of the Solar System

The formation and evolution of the solar system has had its many doubters and spectators.  Some will say that the solar system was formed in a variety of ways; however, the scientific way is estimated to have formed almost 4.6 billion years ago.

It is said that the formation was because of the gravity collapse of a molecular cloud; or at least a small part of the cloud. The mass from the molecular came together and collected to form the sun.  While this might have happened, it didn’t make the sun the size as it is now; the size was rather small but it grew and grew.

The rest of the mass flattened itself out and create a protoplanetary disk. This would form the asteroids, moons and planets in the solar system. This also helped to create other solar system objects that can even be found in the earth’s system today. 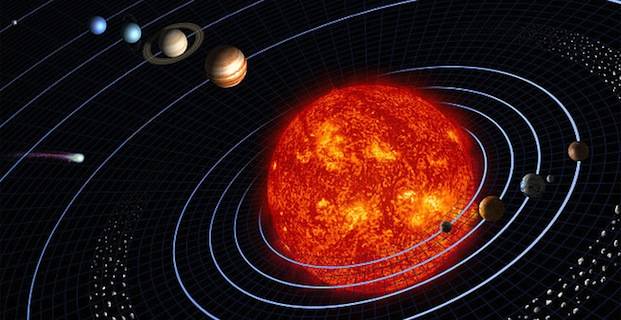 This theory has been around since the 18th century in which it was created by Immanuel Kant and Emanuel Swedenborg and Pierre-Simon Laplace. However over time this theory has changed somewhat and have grown with science’s developments and have seen how physics and geology have played a part in the creation of the solar system.

Though this theory has been challenged for a considerably period of time especially since the 1950’s when space exploration was first thought of; and it will continue. With there being the findings of new extra solar planets in space during the 1990’s, more and more people challenged this first theory and newer accounts have been made since.

The solar system however, has actually evolved over the years. There have been many new moons which have been created and discovered since the solar system was first established.  Many planets have found that they have several moons which circle them and make up a vital part of their environment. Though, it is said that the Moon, the Earth’s moon that is, was actually created due to a collision on an epic scale, by two space objects.  This is a theory that has many puzzled because there have been scientists who have claimed, there was no great collision between two objects and that the Earth’s moon was always there and it developed from a molecule.

Many believe that in billions of years, the sun will eventually cool down and will expand.  Many believe that the sun will expand to a great size, bigger than what it is today and become a red giant star before its outer layers are cast off. This means it sheds its top layers and they will become a planetary nebula; what it will leave behind is a white dwarf star.  Some say the planets in the solar system will be destroyed and that other planets are going to be forced out of the solar system and into space outside the system which is un-ventured. In possibly ten thousand billion years, the sun won’t resemble its original form and won’t have any of its original planets that orbit it either.

There are of course many moons in the solar system that have evolved through time.  This is driven by the tidal forces which swept across the solar system. How it works, is that he object which is moving or orbiting space, will raise a tidal bulge; and can create a new moon though it does go through a long and tiring process.

The earth and moon are the examples of the moon systems within the solar system. The moon is actually locked to the earth because of its tidal force that has brought it near to the earth’s gravitational pull or force. As a result, the moon will turn on its axis which lasts around 30 days but this is also the same amount of time that it takes to revolve around the earth. This will mean that there is only one face of the moon that the earth sees.

The time frame of the actual solar system and its formation has in fact been established but there is a lot of dispute over this. The radiometric dating system looks to have been able to say the solar system is 4.6 billion years old; and that is just the sun. It is said that the earth is about 4.5 billion years old so it was quickly formed after the solar systems creation. Though there have been rocks found which are this old apparently but remember the earth has been shaped and reshaped over the years due to tectonic plate movements and volcanoes erupting and forming; as well as erosion affecting the planet also. 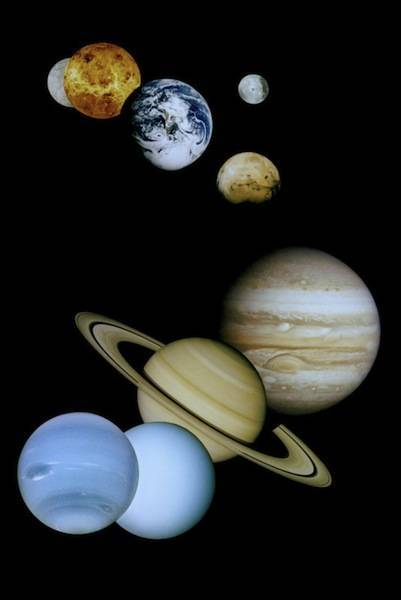 However, science is an area in which has so many questions unanswered. For many, they are going to believe one theory for the formation of the solar system and others will believe another theory. There are a lot of different theories out there to choose from and it can be very difficult to know the truth.  Sometimes, it’s about faith and believing what the scientists say; then again, it can be about believing the new age theories that are being told over the traditional theories of how the solar system was formed.

Some even believe that the sun will eventually stop rotating and will cease to exist. This could happen, many scientists believe this is likely to happen but there is a lot of unknown about this. It could happen because of the C02 emissions coming from human life on earth but might not be for another billion years or so.

This is why space is amazing because it holds a lot of secrets and a lot of unknown and mystery because no one can know what will happen. It could hold many secrets that no one on earth knows about or it might hold nothing but space. There is still so much unknown about space and indeed the solar system; it is amazing and for years to come, people will learn more about space and the solar system.

It is a fascinating history of the solar system because even though it is well established, there is still so much unknown and unexplored. Who is to say that there aren’t any more planets in the solar system and that in outer space, there isn’t any foreign signs of life?  Of course, it is all guess work and theories but there is an open door when it comes to space and even the formation of the solar system.

Some say the big bang is responsible; then again, some say that the Lord God is responsible.  Everyone will have an opinion and it can be difficult to know the truth or even understand the solar system without adding confusing theories and mythology. However, one thing is for sure, the solar system has expanded and will continue because there are areas which have not been explored.