Mars is one of the eight planets found in the Solar System and it is more commonly known as The Red Planet. The Red Planet, Mars, is actually the second smallest planet and can be found fourth places away from the Sun. When the planet was first discovered, it was named after the Roman God of War Mars but it constantly was nicknamed the Red Planet.

The reason why it is called the Red Planet is because of the many particles of iron oxide in the atmosphere especially found on the surface of the planet. The particles offer a red appearance which contributes to the name. This is the forth terrestrial planet but it does have a very weak or thin atmosphere; and the surface of the planet does have a lot of impact craters. This is very similar to those found on the Moon and they can often resemble craters of valleys, deserts, and volcanoes; though Mars is a very unusual planet.

How the Planet Rotates

Mars can have a similar type of rotational period as that of Earth.  It is quite similar with its rotation as well as its seasonal cycles that the planet has; though Mars is the home place of the Olympus Mons.  The Olympus Mons is the highest mountain range in the Solar System.

Mars has a northern hemisphere; this covers almost 40 percent of the entire planet of Mars and it is called the Borealis Basin. The Red Planet does have the Deimos Moon and the Phobos Moon; both are the only known Moons Mars has. These are very odd in shape and are quite small in size too; though it is thought that the Moons of Mars that they are captured asteroids. 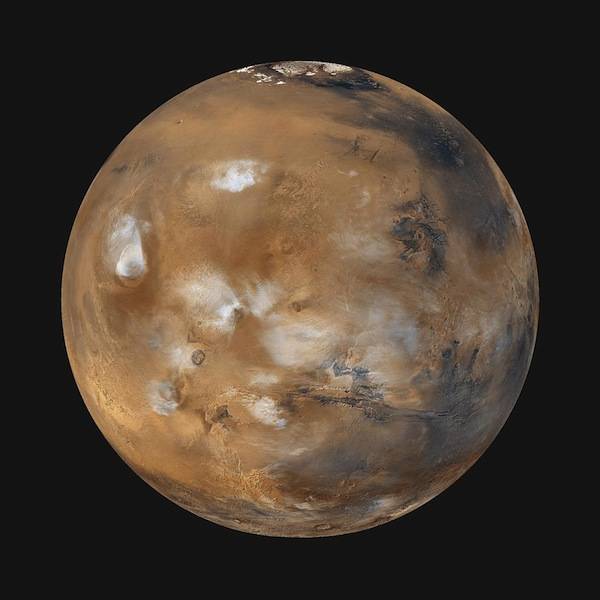 Though, Mars offers an optical illusion through the light but with many unmanned flight missions, most scientists believed that there had to have been a large scale water reserve on the planet’s surface.  Most believe this to be the case but interestingly enough, back in 2005, data was collected from the planet. This data showed the presence of what scientists believed to be huge quantities of water ice. These were found at different locations of the planet including the mid latitudes as well as the poles of the planet.

In 2007, a rover was sent to the planet which collected samples from the surface of Mars.  When those samples were sent to the Earth and tested, the chemical compounds contained water molecules.  This was a huge breakthrough for many because for years, it was thought that there couldn’t possibly be any water available on the planet.

A year later in 2008, another rover was sent which saw water ice directly found in a shallow Martian piece of soil. This is exceptional information to come from the Planet because it could mean that people could fly to the planet and in fact many countries around the world are thinking about creating new missions. However, these missions would be solely for people to fly and even live on the Red Planet.  In Netherlands, there are projects to make up a space project to send 4 people up to Mars and live there for the rest of their lives!

There are in fact 5 different spacecrafts which are all functioning.  There are 3 which are in orbit right now including the Mars Express, the Mars Reconnaissance Orbiter and the Mars Odyssey.  However, there are 2 which are currently on the surface of the planet including the Mars Science Laboratory Curiosity and the Mars Exploration Rover Opportunity.  There are other spacecrafts on the surface of the planet; however, they are no longer in use because they have served their purpose.  The Orbiter has reported that there may be flowing water possibly found during some of the warmer months on the planet.

Though, The Red Planet can be seen freely from Earth with the naked eye; and it is a wondrous site to view.

Mars is big however; it is not as big as what Earth is.  Its diameter is around half of the size of Earth’s and it is going to be less dense than that of Earth’s also.  It only has around 11 percent of mass and 15 percent of volume of the amount that Earth has.  Mars doesn’t have a large amount of density; it’s less than Earth’s and also the Planet Mercury even though it’s bigger than the planet.

Though it does have a very unique presentation to the surface which makes it look like an orange/red appearance; and it can be often mistaken for many other colours. 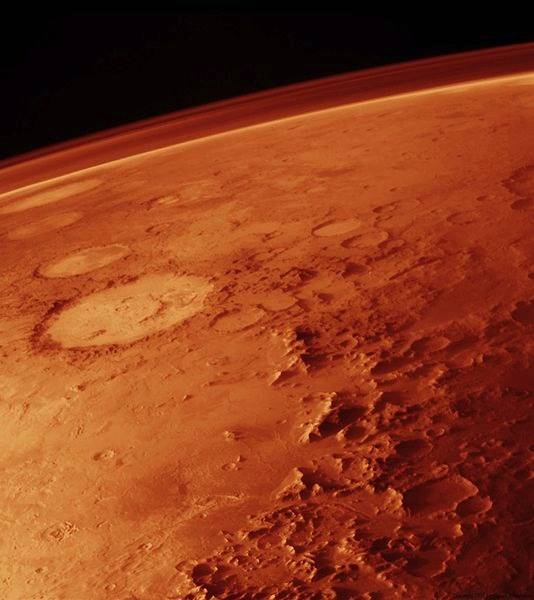 The Internal Structure of the Red Planet and Its Surface

The structure of Mars is very much like Earth’s, even internally.  It is very dense but it has a metallic core which proves stability and a strong structure.  It does have iron and nickel mixed in with sulphur and its core is this.  It is also partial fluid which is surrounded with a silicate mantle; but this helped to form a lot of different volcanic features as well as tectonic plates.

Mars is going to be made up of minerals which contain things such as metals, silicon and oxygen also. There is no in fact hard evidence to say that the way the planet has been structured is going to have a global magnetic field.  There have been many observations which say that parts of Mars’s crust are magnetized but this is not hard known factual evidence.

It is not known whether or not life can be established on Mars.  Yes, there may not be any life found on Mars but there have been many studies to see if humans can live on Mars eventually.  Though, if this is the case, they would need oxygen suits because no planet has the same atmosphere as Earth where they can breathe free air without the necessity of an oxygen mask and suit.

Though, with many exploration studies, there have been a lot of things such as chlorine, magnesium, sodium and potassium found in the planet’s soil.  These are some nutrients which are found on Earth and these things are vital for plants to grow.  This might mean there is chance for some life to grow on Mars.  There might not be any available liquid water able to exist on the surface, this is because of the atmosphere pressure being too low; however, there is ice water available.  There is still so much unexplored on Mars.