Strangely though, Mercury doesn’t have any atmosphere in order to retain heat and as a result, the surface on the planet will go through various temperature stages.  It can range from 800 degrees F in the day, and at night, temperatures reach  -280 F.

Mercury may be the smallest planet but it does have the biggest orbital eccentricity in the Solar System.  It is said that the surface of the planet is going to be very similar to the Moon as it has many craters.  What this really means, is that the planet has been inactive for billions of years; this means there has been no signs of life in any form so it is geologically inactive.

The planet will not also have seasons as how many of the others, such as the planet Earth have.  Mercury has a locked axis really when it comes to how it moves because it will rotate but in a very special and unique way from all of the other planets found in the Solar System.  The planet will rotate 3 times for every 2 revolutions it makes when orbiting.  It will only rotate once for every 2 years – this is Mercury years and not Earth years.

The Internal Structure of Mercury

There are 3 parts to the internal structure of Mercury;

Mercury is the smallest planet in the Solar System but it does have a surface such as the Earth’s because it’s rocky; though the planet is one of four terrestrial planets.  The planet is around 70 percent metallic and only 30 percent of silicate materials which is very unique in a way; and its density is very high; one of the highest in the Solar System.  The inner core will be rich in iron also.

It is said that the core to Mercury is that of a molten core; with the mantle made from silicates. 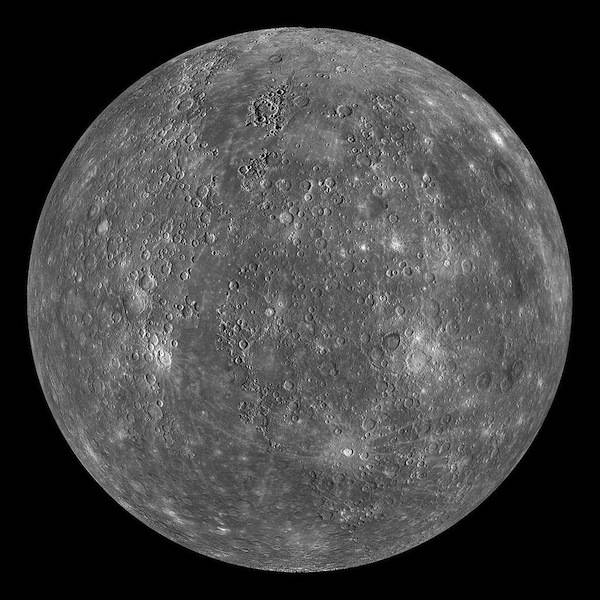 The Surface of Mercury and the Crater Effects

The surface of Mercury is similar to the Moon.  It will be plains which are very large and mare like; and there are of course craters that stretch across the vast planet’s surface.   Though, Mercury is not well known in terms of how the other planets are with their geology; but there are many who wish to change this and learn more about the planet.

There are many craters on Mercury of course but these can range from very small and almost bowl shaped holes to impact basins which are multi ringed and can stretch hundreds of kilometres.  Though, the Mercury craters are going to be different from those found on the Moon.

The biggest and best known crater found on Mercury is the Caloris Basin.  This has a huge diameter of 1550 kilometres and this crater’s impact was powerful enough so that it causes lava to erupt.  This helped to leave a concentric ring around the crater.

The Magnetic Field of Mercury

Mercury is of course very small but it does have a good and very strong magnetic field.  It is said that the magnetic field was created from a dynamo effect which would help to circulate iron liquid core of the planet.  Though the planet’s magnetic field deflects the solar wind that surrounds the planet and as a result, it creates a magnetosphere because of the deflected solar winds.

Mercury and its magnitude are going to vary from -2.6 and 5.7.  However, it is very difficult to get to know more about the planet because of how close it is to the Sun.  The planet can in fact be lost within the glare of the Sun and as a result, it can be studied and observed for small periods of time during the morning or the evening.

It is possible to study Mercury with telescopes based on ground, on Earth; but it does only offers limited detail. Though, Mariner 10, the first spacecraft to visit the planet, helped to bring back most data known about Mercury. Though, the world famous Hubble Space Telescope can’t actually observe the planet – at all!  This cannot view any of the planet whatsoever because of how close the planet is to the Sun; this is for safety measures. 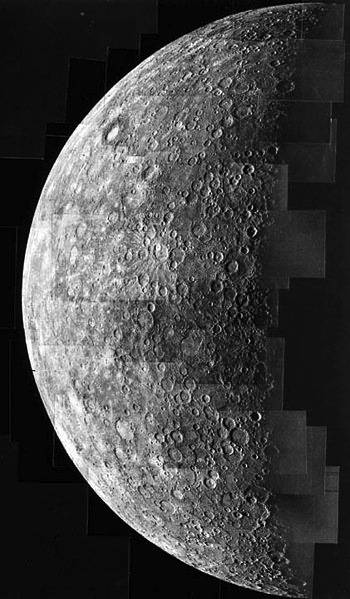 Space probes have been a vital instrument used when it comes to researching the planet.  Of course, getting to the country is not going to be easy from Earth but spacecrafts have been able to reach the planet.  The trouble is that the spacecrafts reaching Mercury is hampered because of the fact that it must travel into the Sun’s gravitational well and is very dangerous which is why no human or living being has been able to step foot on the planet.  Though, that doesn’t mean to say there won’t be more exploration to the planet as more and more want to know more about the smallest planet in the Solar System.

There are many plans for the future for the planet Mercury from the European Space Agency.  The agency is in fact planning a mission with the country of Japan to send probes up to Mercury and explore the planet deeper.  The specific purposes of this mission will be to study the magnetosphere the planet has and the other to map the planet.

This isn’t planned to launch until 2015 but the spacecraft being sent, will not reach the planet until 2019 apparently.  It is hoped this adventure will go ahead but there is still so many things unknown as yet.  If this mission does go ahead, it will be a great experience to learn more about the planet as this mission could take almost a year to complete.  The findings could be extraordinary because scientists want to discover more about the different wavelengths with gamma rays, infrared, ultraviolet and x-ray activity in space and within this planet also.