Total eclipse.
It is only visible from a small area of ​​the Earth where the moon completely covers the Sun. People in the center of the moon's shadow are the ones who can see a total solar eclipse since the umbra passes in that area of ​​the earth's surface. 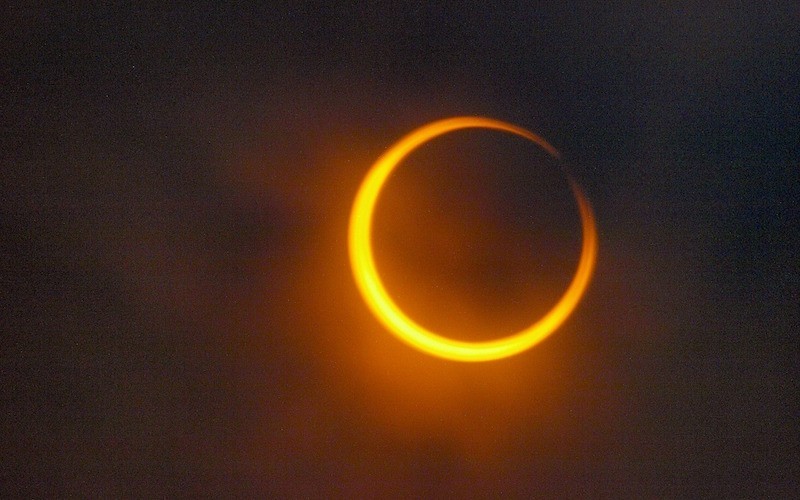 Partial eclipse.
In this type of eclipse, only a part of the Sun's disk is visible, so the crown and the chromosphere can not be seen. The shadow of the Moon passes through an area of ​​the earth's surface, and it is called the penumbra; therefore, a person located in this area observes a partial eclipse.