Neptune has almost 17 times more mass than that found on Earth and will be smaller than Uranus which is very close to it. Neptune is named after the Roman god and it was discovered many, many years ago. Neptune it was first discovered in 1846 by Johann Galle.

There are so many things which haven’t yet been discovered about this planet; though it is said that Neptune does resemble Uranus in some ways. The two planets will have the same compositions; these different from the gas giants such as Saturn and Jupiter however. The atmosphere is going to be completely made from helium and hydrogen just like some of the gas giant planets out there. However, there are some traces of nitrogen in the surface of the planet which means that it will have ice – the planet may have water, methane and ammonia found on its surface or underneath it.

Neptune is really thought to be an ice giant instead of a gas giant even though it is made up of hydrogen and helium. However, the interior of the planet is going to be made up of rock and different ices. It could be possible for the core to be a solid creation but it will more than likely have temperatures which are thousands of degrees. The methane in the planet could help to contribute to the blue appearance the planet can give when observing it.

The Climate of Neptune

It might not seem as though the planet Neptune has any sort of weather conditions, however the climate is very unique. It does have a spate of different weather changes and this was first seen during the 80’s. This is certainly unique because for many years, most people thought the planet had to be very bland but actually it wasn’t and the fly by in 1989 showed the planet was far from bland.

The planet does have dynamic storms – very dynamic systems when it comes to its weather. Sometimes, the winds on the planet can reach anywhere up to 600m/s which is unbelievable because it’s almost supersonic flow! The wind speeds can vary from being small in the east to supersonic wind speeds in the west; it can all vary but they can be very dangerous at times. 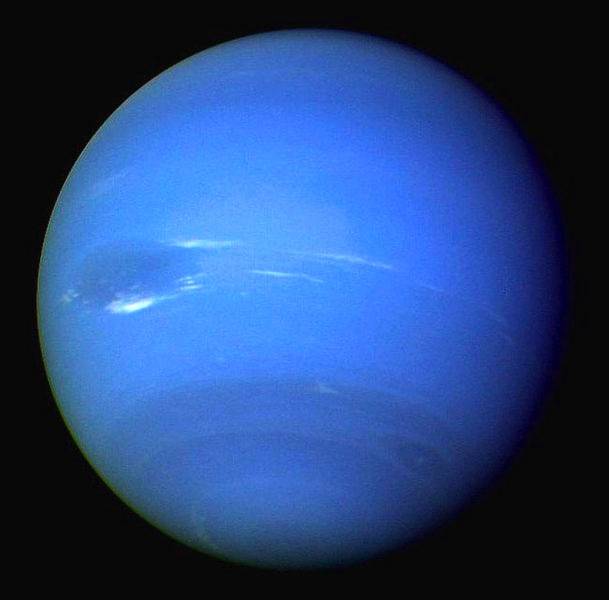 It was discovered only in 2007 that the south pole of the planet was warmer than the rest of the planet. This might seem strange but its true and it can vary throughout the planet; there are temperature changes due to gas leaking and escaping out of the surface and out to space.

NASA discovered an anti cyclonic storm which was massive which created the Great Dark Spot; and even though it soon disappeared from the planet’s surface, newer storm systems appeared. The planet Neptune is very unique with its weather conditions because they can appear so suddenly and disappear just as quick.

It is very difficult to actually model the planets such as Uranus and Neptune exactly because of them being ice giant planets. Most think that the core has to be strong and has a lot of accretion; there has to be a lack of stability but it is not as yet known.

The Moons of Neptune

Neptune has currently 14 moons which have been discovered so far; and the biggest moon which has been found was sphere shaped. This is Triton, and this was first discovered by the astrologist William Lassell – this happened only after a few days of the planet’s discovery. This was only 17 days which is quite amazing and the moon will have a retrograde orbit system unlike most of the other moons in the Solar System.

What this really means, is that the moon was captured rather than being formed where it was. It could have been a dwarf planet located probably in the Kuiper belt and it was moved into the place where it stands now. The moon was close enough to the gravitational field of the planet to be locked into the rotation it faces now; but it is slowly heading towards the planet. The Triton moon is thought to be destroyed by the pull of the planet but this isn’t thought to happen until many millions, if not billions of years. Back in 1989, this moon was actually cold, very cold, which wasn’t as yet measured.

Though, Nereid, which is another moon, is very odd with its eccentric orbital systems. There is not many things known about this moon but it is certainly going to be a very unique moon of Neptune as well as the entire Solar System.

In the 80’s, there were 6 moons discovered such as Naiad, Despina, Galatea, Thalassa and Larissa and all were named after Roman gods of the sea.

Neptune isn’t however visible to see from Earth or by the naked eye. If someone were to use a telescope to view the planet, then they would be able to see the planet but it will only resemble a small blue disk. This might look similar to that of Uranus; and the planet is going to be a very distant planet from Earth. 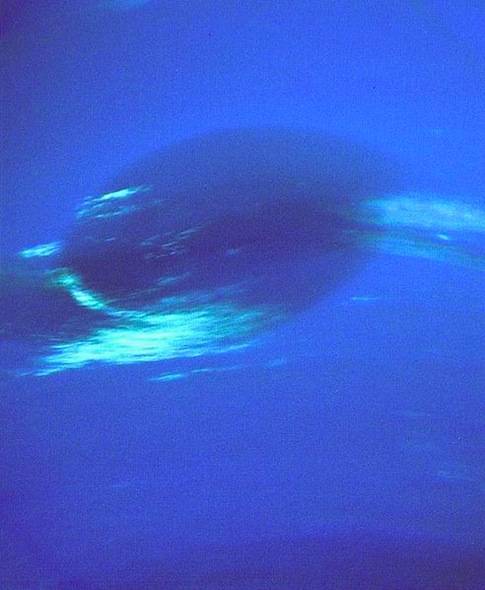 The planet has been explored many times since 1989. The first was the Voyager 2 which didn’t actually land on the planet; instead it made a very close flyby.  Remember this is the latest planet in the Solar System so it can be tough to reach for many spacecrafts; though, the spacecraft did a flyby of the planet’s moon Triton was an exciting mission.

With the exploration with the Voyager 2, the signals that reached back to Earth took almost 250 minutes to do so. However, the flyby almost collided with the moon Nereid but it was found that the planet did have a strong magnetic field because of this mission. There was a strong field around the planet but it is strangely not found in the centre of the planet the magnetic field. It was said that the planet did have a very strong and active weather system which is very surprising. Also, there were more than 6 moons found surrounding Neptune and it does have more than just one ring surrounding the planet.