The wonders of our planet

The planet Earth was apparently formed billions of years ago, almost 4 billion years ago. Earth first showed signs of life within a billion years and the biosphere of the planet changed. This helped to alter the atmosphere of the planet at changed the physical conditions on the planet also; this helped to create organisms and it created the Ozone layer also. The Ozone layer and the magnetic field of the Earth stopped any potential harmful solar radiation from hitting the surface of the Earth.

This helped to allow ocean life, to move on to land without harm. Life has been able to continue to live constantly due to the fact that the orbital system and the geological history.  No one is quite sure how long the Earth will continue to orbit, it could be more than 500 million years or even billions of years; though some say it is the Lord God who will determine how life goes forward.

The Earth is divided into tectonic plates which from across the Earth’s surface and have been around and constantly changing for many years, possibly even millions of years.  The Earth is made up of a good portion of salt water oceans – almost 71 percent is made up of water, while the rest of the land, 29 percent is made up from islands and continents.  Though, these continents and islands are going to have different lakes and streams and a lot of different water sources that create a stable feature of the Earth.

The Earth has 2 poles, the North Pole and South Pole but these both are covered mostly with ice; these help to form the Antarctic Ice Sheet as well as the Sea Ice of the Polar Ice packs which are strong and very, very cold.  Though, the Earth does have a strong solid iron inner core with an outer liquid core which helps to create a magnetic field; and the Earth has also a good solid mantle. 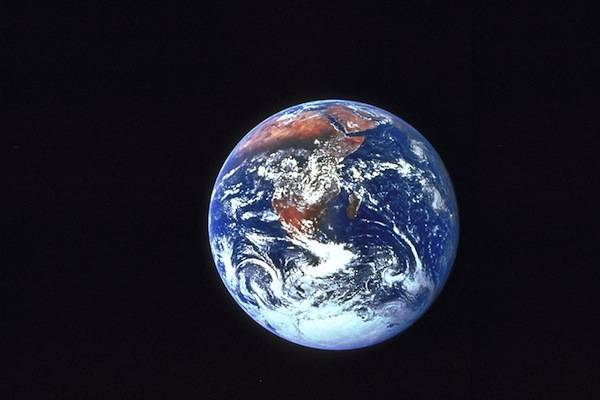 The Earth has of course a gravitational field and these interactions not only occur with humans and terrestrial objects but also objects outside of Earth. It can interact with things from space and when it is orbiting, it can interact with objects such as the Moon and even the Sun. The gravitational pull can be very strong indeed and can at times allow things to be brought towards the Earth’s center.

The Earth orbits the Sun and it creates a 365 solar days as it spins around on its axis 366 times – this creates 1 year.  However, the Earth does only have one natural satellite and that is of course the Moon. The Moon in fact helps to ensure the tides of the oceans continuously move as well as stabilize the axis of the Earth and helps to stop the rotation of the planet from going too fast.

What Can Live On Earth

Earth is home to million of different species. It is not just human beings that are able to live on Earth because there are animals and many more different species, some of which, many do not even know they exist. The human population survives because of the amazing mineral resources that the planet has as well as products from the biosphere but the human population works together to help survive also.

Many of the human population will trade, travel, and use military action to help ensure the world runs smoothly and helps to get food to most humans also. Remember the World is separated into many different states; and there are many different views on Earth and how it works. Many people used to believe that the Earth was flat until one explorer proved it wasn’t. There are just so some people out there who have their own views about how the world or the Earth works.

The Structure of Earth

Since Earth is a terrestrial planet, it means that the surface is a very rocky one.  This means that the surface will be a rocky body form and isn’t a gas form planet like that of Jupiter. Its mass and size is quite large and its density is going to be at its highest also; its surface gravity is going to be at its highest also with the strongest magnetic field of four planets in the Solar System (Mercury, Venus, Earth and Mars). This is also going to have the fastest rotational system and Earth is the only planet which is going to have tectonic plates which is active.

The interior of the Earth is going to be divided into layers because of their physical properties.  However, the other terrestrial planets are not very distinctive unlike Earth which has a very unique inner and outer core.  The outer layer of the Earth is going to be made up of a distinct silicate and solid crust with a solid mantle.  Though, the crust thickness can vary.

The Earth can be heated internally from a combination of things including radioactive decay and residual heat from planetary accretion. Though many believe that through Global warming is certainly going to have an impact over how the Earth is heated. The weather will change and it does have a massive effect on Earth. 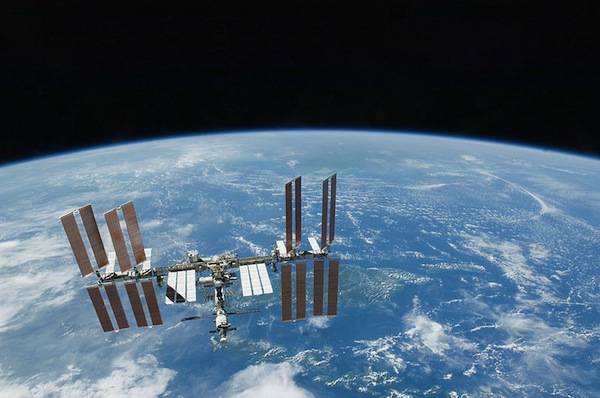 Artificial satellite over the Earth / Photo Courtesy of NASA

There are several different tectonic plates in which the Earth sits on including;