Uranus is one of the largest planets in the Solar System and it is found seven places from the Sun. The planet can be very similar to Neptune because of the composition it has but they are two very different planets.

This is going to be made up of helium and hydrogen – which are gases – but this is not a gas planet, it is considered to be an ice giant. The reason why is because it will have things such as hydrocarbons, methane, ammonia and water ice found in the surface.  It will also have the coldest planet atmosphere in the Solar System.

Uranus does have its own ring system as well as its own magnetosphere; along with a handful of moons. Though, the planet has their north and south poles at their equate line instead of where most others would find them. However in 1986, images brought back from a spacecraft passing the planet showed that the planet’s surface was almost featureless. This meant that it didn’t have cloud bands or storms clouding the planet that most other planets would have.

It was very surprising news however but it does even have some season changes or at least there have been many signs over this. The weather activity in recent years has looked to have improved and it is very strange because very few other planets will have this. It has been said that the wind speeds found on Uranus have the ability to reach almost 250 m/s (meters per second) which is a huge amount of speed.

The planet is however, visible to the naked eye, just like a few other planets; but for many years, no one thought this to be a planet because of the planet’s slow orbit. Today it is but many years ago, it wasn’t. Uranus was however, the first planet to be discovered via a telescope. This was how the planet was discovered which was fairly unique; though more and more planets have been discovered via telescope since.

The Discovery of Uranus

Many people did observe the planet before it was officially discovered as a planet but for many years, most people thought it was a star rather than a planet. Some say that it was first seen in 1690 but back then, it was thought to be just a star; there have been many sightings since and some believed it was an asteroid heading for Earth at one point. Though, the planet was eventually discovered and named by William Herschel. 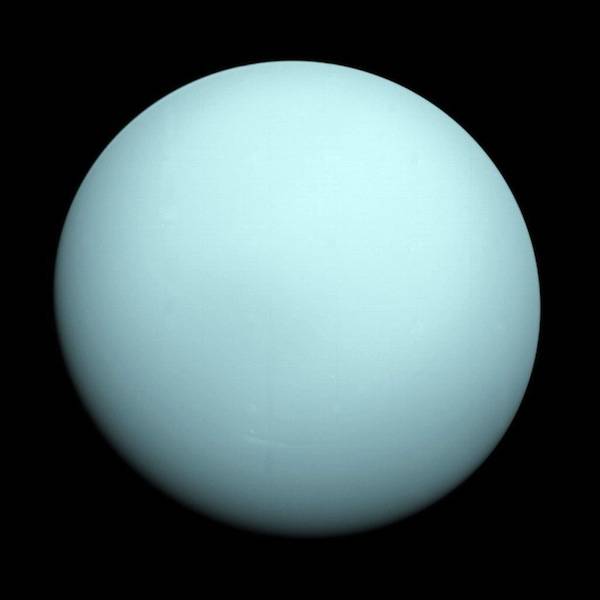 The planet will orbit the Sun only once for every 84 Earth years which is a length period of time to orbit the Sun. The rotational period of the interior of the planet is about 17 hours though. The planet does have an axis tilt of 97.8 degrees also.

This can actually be seen via the naked eye though this can be tough at times because it’s not really visible during the day. At night or when the skies are very dark, it is going to be very visible to the naked eye scanning for this planet. Even though with binoculars will be able to see the planet so it isn’t just those with telescopes who are going to be able to find this.  It will look a Pale Cyan disk with a few darker spots.

The Moons of Uranus

Uranus is going to have 27 known moons. There are different names for each moon and most have been named after Alexander Pope or Shakespeare. Some of the very biggest moons are Oberon, Umbriel, Ariel, Miranda and Titania; and the moons of the Uranus aren’t actually that large in terms of the other systems of the gas giant planets. Though, the moons are made up of ice rock and it makes up a good 50% of the rock; though the ice can at times include carbon dioxide and ammonia also.

Ariel is the one which has the youngest of all surfaces because it doesn’t have many impact craters. This means that the moon isn’t that old because the fewer impact craters, the younger it will be.  The more crater impacts there are, the older it will be.  However, the oldest of all moons will be Umbriel. This is thought to be the oldest of all of the moons that have been found to date; though Miranda is going to have canyons which are almost 20 kilometres deep with terraced layer.

It will also have chaotic variations in the surface features and the ages. This is a moon which is very unique on its own; but its thought to have its past geologic activity was because of tidal heating. The orbit systems of the moons are all very different. 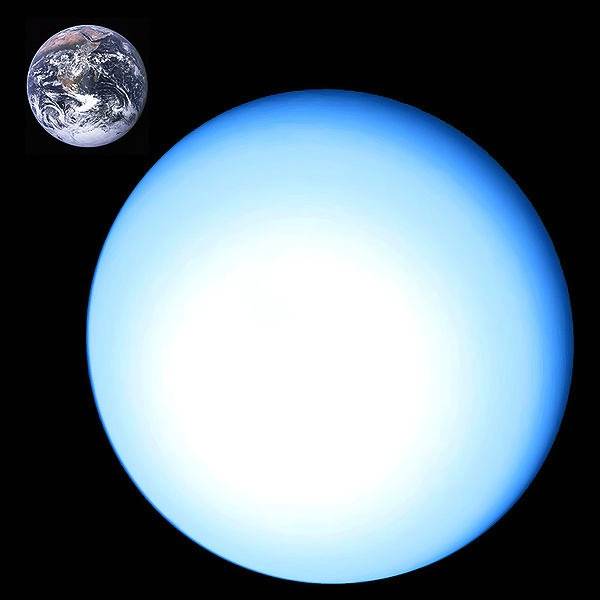 However, Voyager 2 did manage to study the structure of the planet as well as the chemical composition of the atmosphere. The spacecraft also was able to document the weather on the planet which was considered to be very unique. This could be caused because of the axis tilt of around 97 degrees; and the spacecraft was able to investigate the moons of Uranus. It was able to explore the 5 largest moons of the planet and at the same time, was able to discover another 10 moons which were previously undiscovered.

However, the spacecraft was even able to go ahead and explore the nine rings of the planet; and at the same time, another two rings were discovered to be formed. The magnetic field was also studied and how the structure was formed because it can be at times, very odd or irregular. The tilt of the planet as well as many other factors of the planet was closely studied and looked at.

There are a lot of explorers who want to head to the planet and find out more about it as well as explore the possibilities of forming new life in the planet. There could be huge plans for the future to explore the planet more and more.