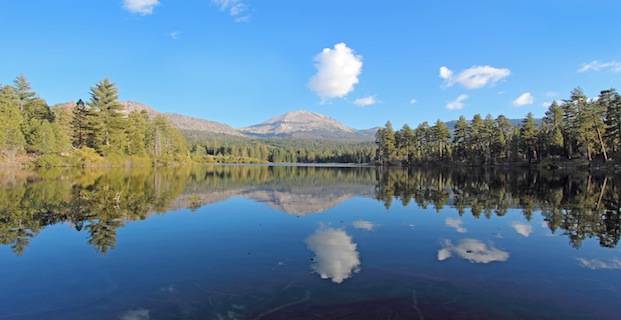 For many people the volcano is a bit majestic and seriously mysterious. There are numerous folks who would love to know more about what makes a volcano and what exactly it can do. Basic facts about volcanoes are taught in many fundamental science classes. With a little fun and reading you can double your knowledge of these magnificent and dangerous geographical wonders. There are so many different facts about volcanoes that covering the different types and learning all about them can take some time. Besides learning general statistics about their eruptions you might want to learn where they are found and what goes into one erupting.

What Are The Basic Volcano Facts

At their most fundamental level, volcanoes are mountains that open down into a reserve of molten lava rock. It is this reserve of lava rock that plays a major role in an eruption. The eruptions happen when too much pressure builds up and just when this will occur is unpredictable. That’s just one of the basic facts about volcanoes.

In order to understand the facts about volcanoes a little better you should know more about eruptions. These are just events where gases and rocks shoot through the openings to sill over causing flows of lava and hot ash, avalanches, floods and mudslides. They start because of a buildup of pressure that has nowhere to go. An interesting and important thing to know when you are reading about facts about volcanoes is that they are dangerous for around a twenty mile radius. If you are within this zone you’re more likely to be hurt by the volcano if it erupts. If it’s a supervolcano this zone will be substantially larger.

One of the most surprising facts about volcanoes is that lightning can appear in the ash cloud that lingers near the peak. It is made by the friction force of the ash and rock fragments. There have been nearly 200 witnessed accounts of this event. It certainly adds to the terror of a volcano erupting. One of the facts about volcanoes that people don’t often consider is the fact that they affect the weather and climate around them when they erupt. Their eruption can trigger flash floods, tsunamis, earthquakes, rockfalls and mudflows. This means when a volcano erupts its impact is felt across the globe for some time.

What Goes Into Some Of The Geography Surround Volcanoes

Volcanoes generally occur right at the edge of tectonic plates. These plates are actually massive slabs of rock that comprise Earth’s surface. In America, most the active volcanoes are found in Alaska, Oregon, Washington, Hawaii and California. Hawaii is actually the location of the largest volcano. Mauna Loa in Hawaii is the biggest volcano and one of five volcanoes in Hawaii. It rises above the sea level by just over 13,000 feet, making it an impressive mass. Mount Pinatubo in the Philippines had a massive eruption in 1991 releasing more than 22 million sulfur dioxide tons into the air which encompassed the planet and lowered the global temp by a half a degree Celsius.

Another of the interesting facts about volcanoes is that the ash is just about as dangerous as the lava. It is acidic, harsh and gritty, sometimes even smelly and glassy. The ash from the volcano is comprised of rock that has been pulverized. If the ash is breathed in it can be damaging to the lungs of older people as well as those who have compromised immune systems and babies.

When volcanoes erupt they can even affect the colors of the sunset. The eruption of Kasatochi in Alaska in 2008 had many people across the globe reporting sunsets with more vibrant coral and orange hues. The reason that this happens is because of the ash particles that get scattered throughout the atmosphere.

Another of the fun volcano facts is that Mount Tambora is the largest eruption of a volcano ever observed. When Mount Tambora erupted it killed roughly 100,000 people in 1815.  The greatest amount of active volcanoes is, incidentally located in Indonesia. There are a total of 76.

Volcanoes are capable of growing from the lava and ash that build up around the base. In addition to being able to grow they can also become extinct. This happens when they are expected to never erupt again. Besides being classified as extinct they can also be considered dormant or of course, active.

An erupting volcano can make many strange noises from hissing and popping to loud cracks that can travel miles on miles and often does the most damage; such as broken glass or hearing loss. Over the world there are more than 1,500 active volcanoes. There is a region dubbed ‘Ring of Fire’ in the Pacific Ocean where most of them can be found.