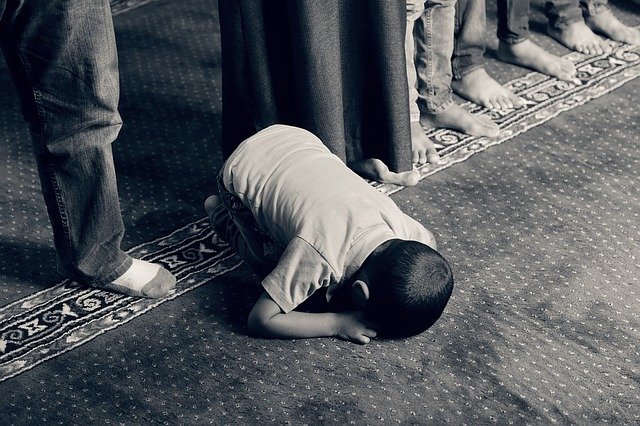 Religion is more than some set of beliefs and faith, it is the code of conduct that is ruled by them. It bears great significance as all the basic affairs of our lives tend to gravitate towards it. It forges our attitudes, behavior, moral conduct, ethics, norms, customs, rituals, and traditions.

These beliefs vary greatly depending on the person, family background, the community he lives in, and the experiences he has been through.

Therefore there are numerous religions that are being practiced throughout the world. Currently, there are approximately 4300 religions known to man, whereas others are yet to be discovered. Out of these, there is a fewer number of religions that have a greater number of their members spread over the globe.

LIST OF TOP TEN MOST POPULAR & LARGEST RELIGIONS IN THE WORLD

Down below are the top ten most popular religions of the world, they have the greatest number of members residing in various distinct regions.

Here they are ranked on the basis of their percentages which may vary from year to year, these estimates are for the year 2016 only. According to which Christianity is marked 1st whereas Islam is the second most growing religion in the world.

It is the ancient Japanese religion hence practiced by more than 80% population of Japan. Originated in the 8th century, major Shinto practices were observed since then. It has currently 2.8 million members worldwide.

The followers of Shintoism believe in the power of nature and its existence. They pray and observe various practices in order to connect to the nature around them.

Janis believes in the ideology of liberation of the soul. It is also quite an ancient religion that is practiced until now. The total number of its followers has now reached an estimated 4.5 million in the world. It is the religion of harmlessness that prescribes a nonviolent attitude towards all living beings. It originated from the Indian subcontinent and still has most of its followers belonging to this region.

The whole foundation of Confucianism lies in the teachings of the great Chinese philosopher, teacher, editor, and politician Confucius. Religion prescribes more than the beliefs but it provided the whole system of philosophical and socio-political teachings of Confucius.

Today there are almost 6.4 million people in the world that are practicing this religion and the teachings of their great master Confucius.

It is the youngest known religion in the world which has 7.5 million followers approximately. It originated from the 19th century with the rise of Mirza Husayn Ali who claimed himself to be the last in the line of messengers of GOD.

It is one of the most ancient religions of human history which dates back to the time of Prophet Moses. It is practiced through the revelations of the Torah or Hebrew Bible. It has almost 15 million Jewish members as followers. Its followers were earlier called the Children of Israel which was later replaced by the word Jews.

The religion of 375 million people, Buddhism has its roots in India where Buddha was born, around more than 2500 years ago. He found the blessing of enlightenment for himself and for others.

Religion encompasses all of his teachings which include the belief in peace, harmony, and oneness. Most of its followers now reside in the northern part of Asia including China, Malaysia, Myanmar, Indonesia, etc.

The major religion of the people of India and Nepal is Hinduism, over 900 followers are living outside the continent which gives the combined estimate of around 851 million. Hinduism is based on the sacred scripture of Vedas and many others but no sacred book or no single founder is known to the history of Hinduism.

The adherents of Christianity believe and practice the teachings of Jesus Christ. It is the largest religion in the world with almost 2.1 billion followers spread throughout various regions of the world.

Christians have this strong belief that Jesus Christ is the Son of God as he was born to a mother with no human father and he is the savior of humanity and mankind who came as Messiah and will return back as he didn’t die but his spirit ascended into heaven.

LIST OF TOP TEN RELIGIONS IN THE WORLD- STATISTICS