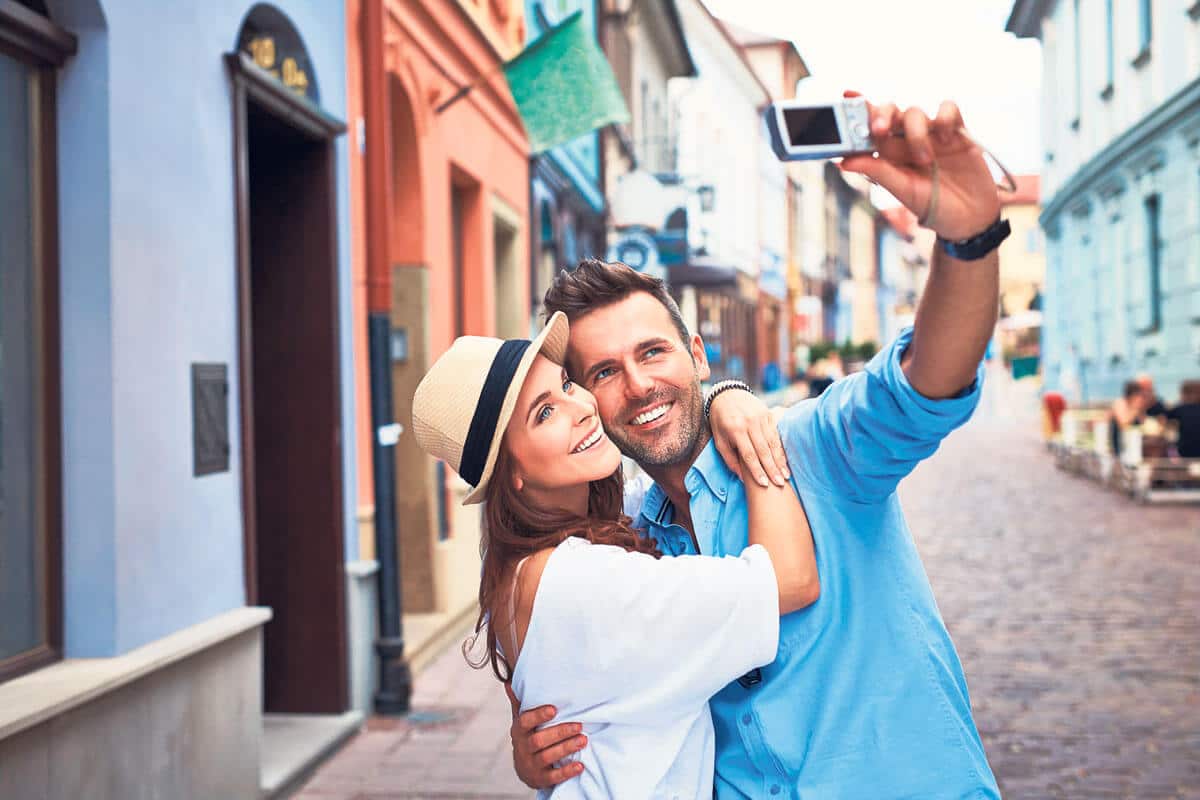 Traveling is probably one of the best hobbies out there. You get to see the world, learn about different cultures, eat new types of food, meet new people, and the list can go on. That being said, you want to choose the place of the trip carefully, and not just go with what everyone else goes when it comes to countries.

Azerbaijan is most likely a country you’ve heard about. Located at the border with Russia, Armenia, Georgia and Iran, Azerbaijan is a place where you have a lot of things to see. You’ll be overwhelmed by the beauty of Baku, Lake Goygol, the Caspian Sea, and many others.

Still, the question “Is Azerbaijan safe to visit?” is something that has most likely been in your mind, which is what led to you clicking on this Azerbaijan safety guide. Luckily for you, this post will give you some Azerbaijan safety travel tips, as well as inform you about the safety level and the dangers the country poses for tourists.

Highest Risks You’re Exposing Yourself to When Visiting Azerbaijan

Azerbaijan is a relatively safe country for tourists. However, you can’t rule out any type of incident. Although there’s a certain level of safety maintained, the possibility of something happening is always there, meaning you’ll still have to be on the watch.

In this country, it’s possible to get attacked or scammed not only on the street, but also if you decide to visit a tourist bar and start drinking. One of the method scammers use is by having a woman approach you for a drink, then leaving you with a very high tab. If you don’t pay, a group of men threaten to beat you up.

Traveling outside the city is not fully safe either. If you have to do it, do it during daytime, as the roads have a lot of potholes. Besides, many local drivers use dimly lit cars, so the possibility of an accident taking place is high.

Crime is really possible too, so you should stay vigilant at all times. You should expect crime to take place if you’re visiting the capital, Baku. The crime level is pretty much the same as in many other cities in the world. However, the bigger problem is that petty crime led to more violent types of crime, even against foreigners.

Female tourists are less attacked than male ones, and they are usually attacked by groups of men who are just attacking unsuspecting foreigners. If anything happens and you end up having to call the police, expect corruption too. Sometimes, the police asks for a fee in return for their help. So, relying on the police will not always work.

Terrorists are also likely to carry out attacks in the country, so you should always be on the watch.

There’s the possibility of political demonstrations taking place, and they are generally heavily policed. Violence has occurred on several occasions, though. Because of that, you are advised to keep the distance from any protest you see, and don’t engage with the huge crowd.

“Is Azerbaijan safe to visit regarding theft?” might be one of the questions popping up in your mind frequently. In terms of theft, you should know that the level is pretty high, so it’s not something to be taken for granted.

Places such as public transport, train stations or just any crowded place are at high risk of pickpocketing. Due to the fact that it’s harder to protect your pockets in such a large crowd of people, it’s like a treasure hunt for pickpocketers, who are looking for their next victim.

In the country’s capital, Azerbaijan, muggings sometimes occur after dark, and they generally take place in the center of town, where there are a lot of bars. Clubs and poorly lit entrances in private apartments are also considered perfect spots for perpetrators.

Although you may not be able to predict the fact that you are going to be robbed, it’s essential to take measures to prevent it from happening. So, the first thing you should do is remember to not carry all of your money with you at once. Walking around with large sums of money can only end badly in the event that you get mugged. That being said, take a smaller amount, and leave the rest of your cash at the hotel, and somewhere safe.

Avoid flashing your valuables around in public. If you want to still own that expensive phone you worked so hard for, or that expensive necklace, make sure you don’t show them off. If you do so, it will only serve as an invitation for those waiting for the right occasion to strike. Being stripped in the middle of a foreign place is definitely not something you want to become reality, so abstain from showing your people how wealthy you are.

Be vigilant when wandering the streets, especially at night, and is possible, avoid dimly lit areas, where thieves might wait for an opening. It’s recommended to return to your hotel room before dark, though, so the risks are minimized.

In case you like carrying a backpack around, do not store anything of significant value, particularly if you’re going to walk in crowded areas. Furthermore, a handbag should be kept in front of you if you don’t want to chase a bag snatcher around.

If you’ve never been to Azerbaijan before, it only makes sense that you’d ask “How safe is Azerbaijan for tourists regarding scams?”. Being scammed is, of course, unpleasant, and you’d want to avoid even being close to such a messy situation.

Scams are not uncommon in the country, especially when it comes to tourists. There are many types of scams that are put in practice to take advantage of tourists. For example, taxi drivers might try to cheat by not turning on the meter, then asking for a huge price after they take you to the location.

Another common scam is that of a woman approaching you at a bar for a drink. At the end, you are left having to pay an atrocious price for the order, and if you refuse to pay, a group of men approach you, threatening to beat you up.

There is even the possibility of an ATM fraud taking place, but thankfully they are not that common.

In addition, you can’t fully rely on the police either. In several situations, the policemen are asking for money in return for their services. You should never accept to pay any bribe.

In order to stay safe in these situations, it’s indicated to not trust anyone. Be wary in clubs if women approach you for drinks, make sure the taxi driver always has the meter on, and take special care if you need to withdraw money at the ATM.

Despite having many other risks to take into consideration before you decide to visit this country, there is one good thing: road travel is generally safe. Accidents are not that likely to happen compared to other places, which makes public transport a good option when you need it.

Still, this doesn’t mean that you should ignore the potential risks altogether. There are vehicles that are not properly maintained, and there may be individuals driving recklessly and ignoring the traffic rules. Moreover, traffic lights are sometimes switched to flashlight amber at night, meaning that both directions can proceed with caution.

You should be aware of the strict driving laws too, so if you thought that having a small beer before driving wouldn’t be a problem, give up. The last thing you want during a trip is being punished.

Also, be careful if you have to drive after dark. There are many roads without proper lighting, making it hard to see what’s in front of your car.

Things can be pretty tough for women, as they may be approached by men asking for favors, or they can be targeted at local bars. On the street, you may be an easier target as a woman, because in people’s minds, you are not able to protect yourself.

Therefore, as a rule of thumb, you need to keep in mind that being at the hotel before 9 PM. It is a general precaution, but as things are generally more dangerous once the suns goes down, it’s safer to return to your accommodation. Moreover, you should avoid walking in deserted areas or poorly lit areas at night. Such places are a favorite spot for unscrupulous beings, who are looking for the best chance to take advantage of a woman.

Also, avoid places filled with drunken people. Nightlife may be fun, especially if you’re still young, but things may not end as you want them to. Not only a drunk person could try to take advantage of you, but you’re also at risk of having something added to your drink while you’re not looking. It’s better to stay away from such places.

Taking the global terrorist threat into consideration, you can’t help but ask yourself “Is Azerbaijan safe to visit regarding terrorism?”. Well, when it comes to terrorist attacks, Azerbaijan is somewhere in the middle. This means that while the risk is not as high as it would be in countries like Syria, there’s certainly a possibility of attacks being carried out.

Additionally, attacks could be indiscriminate too. That means that even if you’re a tourist sipping on their drink at a restaurant, you won’t be excused if an attack occurs. In other words, terrorist attacks could happen in spots frequented by tourists as well, such as restaurants, international hotels, pubs, emergency sector facilities, and more.

You should always be wary of your surroundings, and always stay vigilant, especially if you see someone who seems suspect. If you’re close to a place where a terrorist attack happened, keep the distance, and try to get as away as possible. There could be aftermaths, which is why you shouldn’t get close.

Natural disasters are certainly terrifying to go through when you think about it. They are not something that can be controlled, thus adding to the fear coming with them. As such, if you were wondering “Is Azerbaijan safe to visit concerning natural hazards?”, you should know that a disaster is possible.

The Caucasus is an area where seismic activity is pretty regular. There is no recent history of major earthquakes in the country, but you can’t take anything for granted. Earth tremors could occur at any time, and you should inform yourself about what to do in such a situation.

Azerbaijan is no stranger to landslides and floods either, but there are also man-made disasters, like transport accidents or industrial disasters. Monitor the situation in the country before your trip.

List of Vaccines You May Need Before Visiting Azerbaijan

Vaccinations may be required before visiting the country, to ensure you don’t end up with a bad illness. Here are some vaccines you may need:

Azerbaijan might not be the safest country in the world, but you shouldn’t miss it if you have the chance to visit it. With the safety measures offered to you in this Azerbaijan safety guide, your trip may be trouble-free, and you could make some amazing memories. Now, you should have the answer to the “Is Azerbaijan safe to visit?” question, thus being able to make a decision regarding your next destination.