What is a natural disaster? The definition of natural disasters is any catastrophic event that is caused by nature or the natural processes of the earth. The severity of a disaster is measured in lives lost, economic loss, and the ability of the population to rebuild. Events that occur in unpopulated areas are not considered disasters. So a flood on an uninhabited island would not count as a disaster, but a flood in a populated area is called a natural disaster.

All natural disasters cause loss in some way. Depending on the severity, lives can be lost in any number of disasters. Falling buildings or trees, freezing to death, being washed away, or heat stroke are just some of the deadly effects. Some disasters cause more loss of life than others, and population density affects the death count as well.

Then there is loss of property, which affects people's living quarters, transportation, livelihood, and means to live. Fields saturated in salt water after tsunamis take years to grow crops again. Homes destroyed by floods, hurricanes, cyclones, landslides and avalanches, a volcanic eruption, or an earthquake are often beyond repair or take a lot of time to become livable again. Personal effects, memorabilia, vehicles, and documents also take a hit after many natural disasters.

The natural disasters that really affect people worldwide tend to become more intense as the years go on. Frequency of earthquakes, mega storms, and heat waves has gone up considerably in the last few decades. Heavy population in areas that get hit by floods, cyclones, and hurricanes has meant that more lives are lost. In some areas, the population has gotten somewhat prepared for the eventuality of disasters and shelters are built for hurricanes and tornadoes. However, loss of property is still a problem, and predicting many natural disasters isn't easy.

Scientists, geologists, and storm watchers work hard to predict major disasters and avert as much damage as possible. With all the technology available, it's become easier to predict major storms, blizzards, cyclones, and other weather related natural disasters. But there are still natural disasters that come up rather unexpectedly, such as earthquakes, wildfires, landslides, or even volcanic eruptions. Sometimes, a time of warning is there, but it's often very short with catastrophic results. Areas that are not used to disasters affected by flash floods or sudden hail storms can be affected in an extreme way. 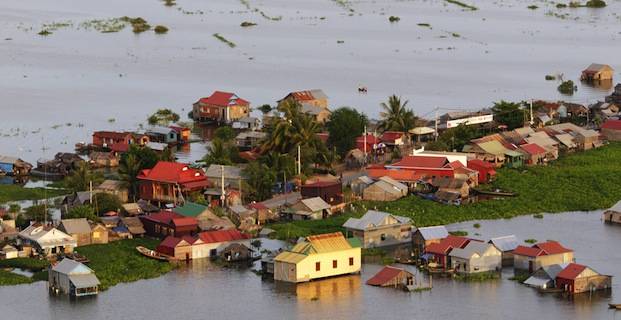 However, despite the many natural disasters the world over, mankind has shown amazing resilience. When an area or country is badly affected by a natural disaster, the reaction is always one of solidarity and aid is quick to come. There are organizations set up with the primary goal of being prepared for natural disasters. These groups work on global and local scale rescue work. Aside from those who have chosen to make disaster relief their life-work, when disasters hit, it's the individuals who step in who help to make a difference.

Many people talk about when a disaster has hit and their neighbors and countrymen have come to aid, often to their own loss. People will step in and donate items, time, and skills in order to help those affected by a natural disaster. Celebrities will often do what they can to raise money through concerts, phone marathons, and visiting affected areas with aid. People have also shown that they can rebuild, lives can be remade or start over. Trauma is a big after effect of natural disasters and getting counseling has been the focus of aid—to heal emotionally as well as physically.

It's clear that natural disasters are a part of life as we know it. However, science is making it more possible to predict, aid is faster at coming, and people are learning how to rebuild in safer areas.