What is an Avalanche?

One of the worst positions to find yourself is being stuck in an avalanche. Death is a very likely factor when you are entrapped in a snow slide. 90 percent these unfortunate events occur when a human is on a mountain with snow either skiing, snowboarding, or snowmobiling so this is something to consider the next time you decide to do any snow activities.

An avalanche is simply a quick flow of snow down a slope. This happens in a starting zone when the forces on the snow are too heavy for its foundation. The lower they get down the slope, the more they grow in mass because it is accumulating more snow as it goes downhill.

Even though a snow slide is usually composed of air and snow, it can accumulate much more things going downhill such as ice, rocks, trees, and pretty much anything else on the slope making it extremely dangerous for travelers on the mountain that are caught in it.

When Do Occur and How Often?

Avalanches are not rare or random events that occur once in any particular area. They usually happen during winter or spring but movements in the glacier can cause avalanches at any given time. In mountainous terrain, snow slides are one of the most dangerous natural hazards to life and property because they are able to destroy almost anything in its way with an immense amount of snow at high speeds. 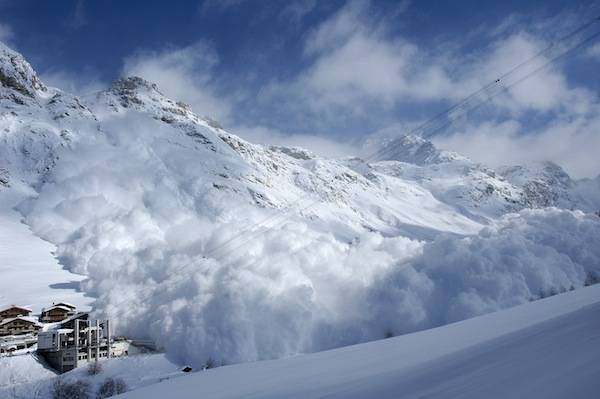 Even though humans usually instigate avalanches, they obviously happen other ways as well. They can happen when there is an increased load of snowfall. Melting from solar radiation is another natural way that avalanches happen. Rain, icefall, rock fall, earthquakes trigger avalanches as well, depending on the circumstances. It is always important that you pay attention to weather reports if you are planning on doing any snow activities where there is a possibility that an avalanche can occur.

There are different avalanches that are categorized by the characteristics of the avalanche. Knowing what areas are prone to certain types of avalanches can be helpful when planning to go on a ski trip or any activity involving being on a mountain with snow. 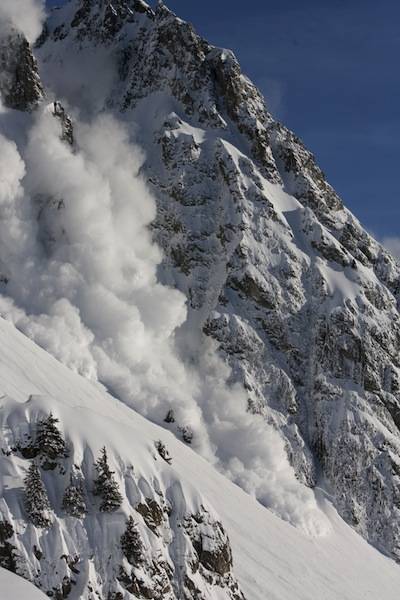 Slab avalanches are formed when snow is deposited, or re-deposited by wind factor. They look like a block of snow cut out from its environment by fractures. These slab avalanches vary in thickness. They can be from a few centimeters to a few meters. Slab avalanches cause 90 percent of avalanche-related fatalities.

Powder snow avalanches form currents of turbulent suspension, in which they are the largest. This is a cloud of powder that lies over an avalanche that is dense. These form from any type of initiation structure or snow, but most of the time happens with dry, fresh powder. These types of avalanches can go move faster than 300km/h carrying a mass of 10 million tones. They can also travel long distances on a flat surface and uphill for a short amount of time.

Wet snow avalanches tend to be low in velocity suspension and consist of water and snow. The low speeds are caused by friction between the sliding surface of the track and saturated water flow. Although these types of avalanches tend to move slowly, they can still cause great damage with powerful destructive forces because of its large mass and density. Wet snow avalanches can consume boulders, earth, trees and other things in its path. These avalanches can be triggered by loose snow releases, or slab releases occurring only in snow packs that are saturated by water and equilibrated isothermally to the melting point of water. These types of avalanches usually happen towards the end of a winter season, when there is an immense amount of daytime warming.

In the end, any of the above avalanches could cause you to lose your life. With that being said, when you are out on the slopes trying to catch major footage, keep in mind that if a mountain is feeling too much pressure, you could be making your final recording.