A landslide or landslip are a natural disaster, something which is unfortunately unavoidable. Landslides can vary in size but usually they always involve a large ground movement. This can be things such as debris and rock failing.  A landslide can occur on shore or off shore and usually at coastal lines but it is the gravity that forces the debris and rocks to fall and for a total landslide to occur.

If an area has some pre conditional factors, it could help to build up a lot of problems, sub surface problems and conditions from arising.  The conditions could make the slope to continuously product landslides.

The Causes of a Landslide

When the stability of a slope decreases or changes, even just slightly, it can make the slope unstable. This means that with a large or even a small change, can cause a landslide.  However, there are many things that contribute to a landslides including;

However, these are all natural causes for a landslide to occur but human activities can contribute to cause a landslide. 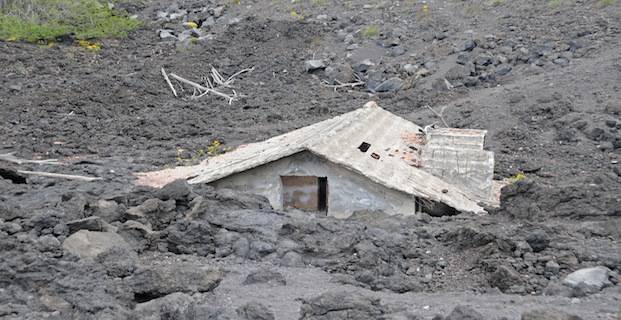 What Happens During a Landslide?

When the cliff or slope’s soil has become saturated with water, it will mean there is a potential for a landslide to occur.  This can create debris or even a full on mud slide; but this can be very dangerous because it can product a surge or rock and mud.  This can cause houses, cars, trees and everything else in its path can be moved along within the landslide.

Some landslides can block bridges and create a flood at the same time. However, there are times when the debris can be thought of as a flash flood. Mud and debris combined landslides can cause a lot of damage to properties as well as human life.  With landslides, it could cause blockage of water flowing through normally.

With earth flows, these are a down slope landslide.  They are quite viscous because the ground is badly damaged and causes saturated and fine grained materials to go with the landslide.  This will move at terrible speeds; some can be slow moving but a great deal of them is fast moving and very, very dangerous also.  They can move at any speed up to twenty kilometres per hour which shows you how bad earth flows can be.

These can be something like mud flows but they are a little slower when they move and can be covered with solid materials. This isn’t similar to fluid flows because fluid flows are going to be faster moving. Things such as clay, silt, fine sand and fine grained and pyroclastic materials can be considered earth flows. Though, the speeds in which the landslides move can all vary and sometimes depend on the water content within the landslide. The higher water content, the higher speed.

Earth flows will occur more when there is high precipitation in the ground.  This is when the ground the saturated and more water are added to the soil; and it causes the slope to break away and causes the earth flow.  It can resemble clay like material during the landslide which brings in more infusions of water into the landslides.

Some landslides are actually shallow, which can be less dangerous.  Of course, all landslides are dangerous but most of the shallow landslides are found in less populated areas meaning less damage and less devastation also. However, some landslides happen on the biggest landmarks in the world, such on mountains like Japan’s Kiho. This has been the scene of deep seated landslides but still it does look magnificent to view.

Some landslides which are deep seated will mean there has been a slope failure on a large scale. The deep seated landslides are slower in movement but there are times when it could be a little faster.  They will be large and create a ledge which is completely weak and could form a landslide at any given time.  If the pressure is allowed to build up, there will be a landslide. 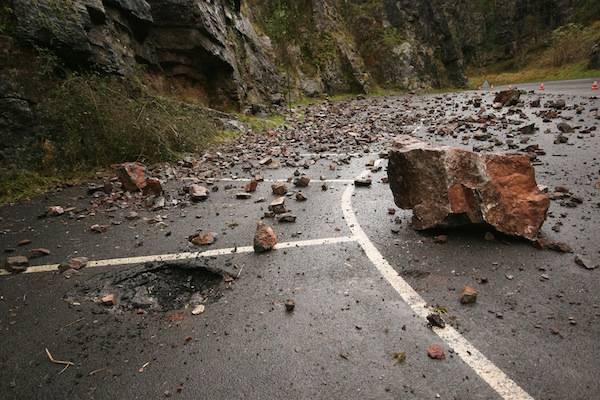 Fallen rocks on the road

Landslides are natural disasters and they cannot be stopped at times, especially when a landslide comes due to erosion.  This is going to cause a lot of trouble and to be honest, it is very difficult to prevent this from happening because even though they can be human activity that contributes to this, not all are.  A lot of the landslides are all natural disasters that come from problems with Mother Nature including problems with the soil and trouble with weather.

The weather can contribute to landslides and can be a terrible and ferocious disaster which cannot be tamed.  This can result from a huge loss of life, severe damage to property as well as injure animals and damage landscape.  It can be difficult also to understand how landslides work because many believe they can be stopped; the truth is that they can’t and even though some are created by human activity, most are not.  They are natural disasters and they can cause a lot of severe damage.

It is not just on earth in which landslides occur.  Throughout the solar system there has been evidence that landslides have occurred.  This includes on Mars and Venus in which have seen landslides.  In fact, scientists have had trained satellites orbiting the planets to view the landslides.

It is fact that almost any area in the world could experience a landslide.  If the slopes are unstable and is damaged, then it does mean there is a potential for a landslide to occur.  They are very dangerous but unavoidable at times and it does mean that hundreds of properties, human life and landscape are at risk from landslides.