Many people have seen the movie “Twister” and have gotten a relatively good idea about what a tornado is, but what really is considered a tornado?

Many people have seen the movie “Twister” and have gotten a relatively good idea about what a tornado is, but what really is considered a tornado? What makes up a tornado? Why does a tornado happen? How do I protect myself from a tornado in case there is one in my area? If these are questions that you are interested in knowing the answer to, keep reading on, as this excerpt will answer all the questions you have about tornadoes.

What is a Tornado?

Tornadoes are destructive columns of air that rotate and have contact between earth’s surface and a cumulonimbus cloud. In unusual cases, tornadoes can make contact with earth’s surface and cumulus clouds. Twisters, or cyclones are other names for what is formally known as a tornado. Tornadoes tend to come in many different shapes and sizes, but most of the time they look like a condensation funnel, with a narrow end that touches earth’s surface and gets wider as it goes higher up. Containing mostly debris and dust, most tornadoes usually have a wind speed of 110 miles per hour or less and are about 250 feet in width, traveling usually a few miles before they deplete. The worst tornadoes can exceed wind speeds of 300 miles per hour and move for more than 100 kilometers before dissipating.

There are a few different types of tornadoes that are classified by specific characteristics. These tornadoes include the landspout, the multiple vortex tornadoes, and the waterspout. Other less common tornado-like phenomena that exist are the gustnado, the dust devil, and the fire whirl. Each one of these tornadoes has its own certain characteristics that separate it from the others. It is important to know what kind of tornado you are dealing with as they have their own amounts of damage that they can cause.

Multiple-vortex tornadoes are specific types of tornadoes that have two or more columns spinning in the air that rotate around the same center. This can occur in almost any circulation, but is usually seen in intense tornadoes. These separate vortices cause small areas of heavier damage along the central tornado path. This an apparent phenomenon from a satellite tornado, which is weaker and forms very near a large, durable tornado that is contained within the same mesocyclone. Even though the satellite tornado appears to orbit the bigger tornado, it is a distinct circulation, and is much more acute in size than the main funnel. 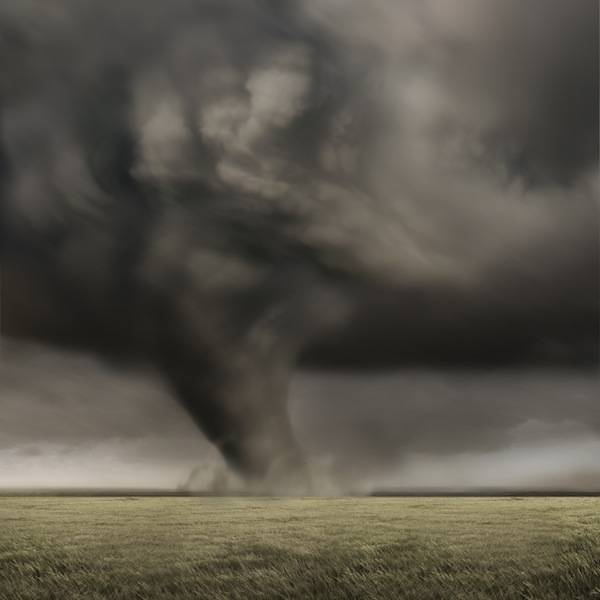 The National Weather Service defines a waterspout similarly to a landspout tornado, but over a body of water. These types of tornadoes are not as severe as land tornadoes, but are much more common. They can be compared to dust devils and landspouts due to similar characteristics. Waterspouts form from the bases of certain types of clouds over tropical and subtropical bodies of water and have rather weak winds with smooth walls that usually travel quite slowly. These kinds of tornadoes usually occur in the Florida West and in the north region of the Adriatic Sea. Tornado waterspouts are much more durable tornadoes of water and are formed over water close in comparison to mesocyclonic tornadoes that cross over bodies of water. They can be much more intense and live longer than weather waterspouts that are fair since they are formed from severe thunderstorms.

Landspouts, also formally known as dust-tube tornadoes are not in association with mesocyclones. The name derives from its similar features to a fair weather waterspout, but on land. Landspouts and waterspouts are similar because they are both weak, are short lived, and also have a small, unwrinkled condensation funnel which most of the time doesn’t make it to the top. Landspouts make a cloud of dust when they make contact with the earth’s surface because the different mechanics from true mesoform tornadoes. These types of tornadoes are typically weaker than traditional tornadoes, but can still cause destruction because they can create strong winds.

Also known as a gust front tornado, a gustnado is small, and has vertical swill from a gust front or downburst. Gustnadoes are still being questioned as to if they are actually tornadoes considering they don’t connect with a cloud base. Gustnadoes form when fast moving cold, outflows of air create a thunderstorm and are blown through a mass of immobile, humid air close to the outflow boundary. They are typically known for causing small areas of heavy rotational wind damage in the middle of straight-line wind damage.

Dust devils are vertical swirling columns of air. They form under clear skies and are as strong as the weakest tornadoes. Dust devils form when strong convective updrafts form close to earth’s surface on hot days. Even though these forms of dust and wind are similar to tornadoes, they are not considered tornadoes due to their forming during fair weather and they are not associated with clouds. Dust Devils can still cause immense damage, hints the name.

Fire whirls are small, tornado-like circulations that occur near wildfires. The only time these phenomena are considered tornadoes is when they connect to a pyrocumulus or other cumuliform cloud. Fire whirls can inflict serious damage.

Steam devils are rotating updrafts that consist of steam or smoke. These are very rare phenomena. Smoke issued from a power plant’s smokestack is usually the cause of a steam devil. If cold air passes over warm water then a steam devil can occur at that point as well. 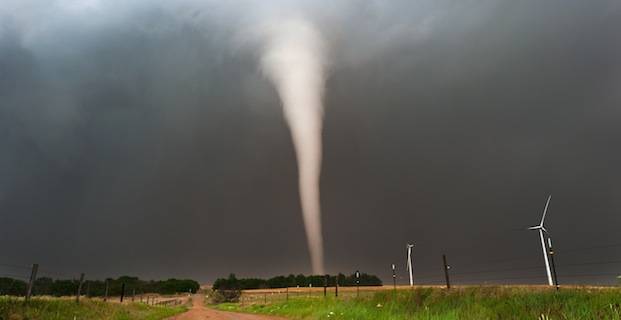 Tornado and rough sea in Italy

Some people believe that if you open the windows to your house, it will prevent a tornado from doing maximum damage because there is a large drop in atmospheric pressure. Some believe tests show that this will cause more damage to the house. Either way, a strong enough tornado can destroy a house easily with or without the windows open.

Another common misconception is that people believe that they are protected from tornadoes or that tornadoes won’t affect their area if it’s not a flat, farm or desert-like surface. Though some areas are more susceptible to tornadoes than others, no area is completely exempt from having an encounter with a tornado.

Precautions to Take if You’re Ever in a Tornado

Even though tornadoes can happen instantly, there are safety methods that you can use to protect yourself from uncertain possible outcomes. Preparing for a tornado before it actually strikes, such as having a safe room in the house that has no windows like a closet or a bathroom can help in case you do come across a tornado. Many tornado-prone areas have buildings with storm cellars that save thousands of lives. Weather radios can also help you find out if there is a tornado alert in your area, which can help you better, prepare for the worst case scenario. These are just a few safety tips that can help you survive through a tornado.

There are different types of tornados that can inflict different amounts of damage. Knowing the basic information about these different kinds of tornadoes can help you better prepare for a disaster in your hometown. Looking at the cloud connected to a tornado is a quick way to identify what kind of tornado it is, and that will be a great benefit. Remember, always stay away from windows!