What is a Flood?

The definition of a flood is land covered by water that is not usually covered by water. This means that any time a river, lake, or other body of water overflows its banks, it's technically flooding. However, most people think of the more catastrophic types of floods, as those are the type that cause widespread damage and loss of life. Unless a flood causes some kind of financial damage or loss of life to humans or livestock, it's not considered a significant flood.

There are a number of causes for floods, and the most common warning is that floods can happen anywhere it rains. Just because an area has no history of flooding doesn't mean it can't be flooded at some point. Some floods have happened in areas where there has been no flooding for hundreds of years, while some flooding happens on a yearly basis in some areas and countries. In general, flooding is hard to prepare for, though flood maps are drawn up and in some cases, measures are taken to prevent heavy flooding in the future.

Floods cause so much damage because they're unpredictable and many things can cause floods. There are flash floods, which happen quickly and rush through. Then there are slow floods which build up over a period of time. Either way, it's very hard to predict exactly how much damage will be done, how to best stop the flow, and most of all, how to prevent it from happening again. 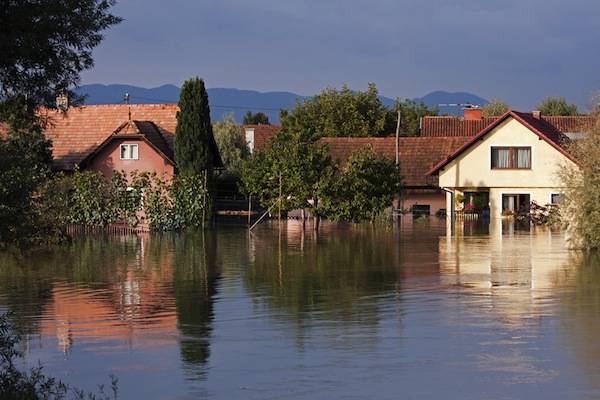 Though there are more causes for floods, these are the most common

--Heavy rainfall: Flooding from rainfall generally happens when more rain falls than the soil, rivers, and streams can absorb. Tilled fields become swamps, creating a muddy flood which moves large amounts of sediment. When rivers and streams can no longer hold water, they start to flood their banks as the water is carried further down to the next body of water. Soil that is soaked can no longer absorb water and if the rivers are already full, the water continues to build up. Often, flooding happens on frozen or concrete ground and the rain cannot be absorbed. Often, the build up of water and debris can fill up gutters and drainage pipes making it hard for the flood waters to flow freely into the body of water.

--Melting snow and ice: Because snow and ice covers large patches of ground, as it melts, it saturates the ground as it flows into rivers and streams. The rivers are often thawing as well, making for a higher level of water as it is. Combine the melting with the rains that usually come in spring, and flooding is likely. Especially during long, harsh winters, snow and ice can build up, making for a large amount of water needing to drain out in a relatively short amount of time.

--Destruction: There are several catastrophic causes for flash floods. These are often caused by a dam or levee breaking and causing huge amounts of water to come rushing down onto the plains. The destruction of a dam or levee is often brought on by another natural disaster, such as a hurricane, cyclone, or earthquake. When a dam or levee can't hold the water back anymore, water that is meant to be stored or held back suddenly crashes down on whatever is in its way, often causing incredible damage in its wake. Other natural disasters that can cause floods are earthquakes or volcanic eruptions which bring tsunamis. Hurricanes and cyclones often cause flooding as the large amounts of water can't be absorbed or the fast winds cause waves to crash and flood coastal areas.

--River obstructions: There are times when development means changing the natural course of rivers. In order to clear land for crops or housing, rivers are “guided” through a different course, often creating conditions for flooding. In many areas where this happens regularly, the rivers are given back the land, so that extra water can flow easily. However, there are other times when a river gets blocked by large sections of ice, debris, or landslides. The buildup of water around these areas can cause flooding and then flash floods if the obstruction gives way. Very rarely animal habitats, such as beaver dams can cause river flooding.

Because so much of the damage inflicted by floods has long-lasting consequences, floods are among the more catastrophic of natural disasters. Water can cause permanent damage and cleanup after a flood includes getting rid of huge amounts of mud, debris, and even livestock carcasses. 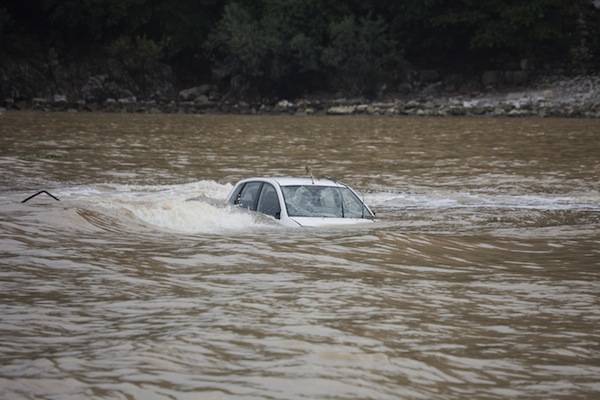 There is often loss of life as a result of heavy flooding, causing emotional trauma for those who have gone through it. Even if people have not been directly affected by the loss of life, losing property, houses, or land can cause physiological damage. Especially if the people affected are unable to rebuild due to the houses being too badly damage, farm land being inundated with salt water, or lack of resources to rebuild, many find the recovery to be more than just physical.

Damage to property during flooding is often extensive. Vehicles should not be driven through flooded areas, but often they are caught unaware, creating the need for replacement or extensive repairs. Houses that have been flooded mildly might survive with just a good cleaning, but big floods often render homes unlivable without massive repairs or restructuring. Many personal items are lost forever, such as paper documents, photographs, clothing, and household items. Furniture and woodwork are often damaged beyond repair and must be replaced entirely.

In severe floods, communication systems can fail due to lines being broken. Power is often hindered if power generators and transmission is in some way destroyed or damaged. Getting power restored after a flood is challenging as water transmits electricity and can hurt anyone standing in water. If sewage or water systems are compromised during flooding, water supplies can be contaminated. This can result in waterborne diseases such as typhoid or cholera among others.

Land that has be saturated often cannot grow new crops for some time. If the water was saline, such as in flooding near the sea, land will not be able to be cultivated for some years. Loss of livestock can also result in farmers losing their livelihood and needing to start over with young animals means losing the profit that would have come during that time. Any livelihood that depends on farming or ranching can be seriously affected by floods as farms and ranches often need to be near a body of water in order to live.

Some precautions can be taken, such as creating flood maps and working with nature to prevent excessive flooding. In some areas levees have been built, but these are not entirely flood proof. Modern advancements in flood prediction enables people to be more prepared. These predictions won't be able to prevent the floods, but enable people and livestock to get to safety in time. Flood warnings are taken very seriously as lives depend on it.