A heat wave, by definition is a period of time in which the temperatures are higher than normal for that region at that time of year. What might be considered normal temperatures in tropical or warmer regions can be considered a heat wave in areas which normally doesn't experience that type of heat. High humidity is often associated with a heat wave, though not a requirement.

What causes heat waves to occur

When high pressure from aloft—10,000-25,000ft remains strong over an area for several days to weeks, heat waves occur. This happens both in the Northern and Southern Hemispheres during the summer as the jet stream follows the path of the sun. On the equator side of the jet stream, high pressure builds up in the middle layers of the atmosphere.

Because summertime weather patterns tend to be slower than wintertime patterns, the mid-level pressure also moves very slowly. The air sinks towards the surface under high pressure and then acts as a cap holding in the hot air. Because the air cannot lift, cumulus clouds are less likely to form, making rain unlikely. The build up of heat on the surface then becomes a heat wave.

One of the biggest hazards of heat waves is to health. People of all ages can suffer the effects of a heat wave, but the ill, very young, elderly, or overweight tend to be affected more severely. Even though warnings and advisories are given, people often don't follow the guidelines in areas as basic as drinking a lot of water. When the human body sweats in large amounts, salt and other minerals are lost which have to be replaced. Exercising during a heat wave is never a good idea; but even with regular exertion, it's advised to replenish the body's supply of electrolytes.

Heat exhaustion, which shows itself in symptoms such as vomiting, diarrhea, headache, nausea, etc. can lead to dehydration if not taken care of right away. Generally a patient must have their fluids replenished along with salt. Rest is needed and patients are advised to stay out of the heat. Heat stroke can be fatal if not treated immediately.

Heat rash, heat cramps and heat syncope are other results of heat waves. Of all the natural phenomena, heat waves are considered one of the most fatal. Deaths related to heat are often hard to count because it affects those already run down, elderly, or sick. Those who can't afford air conditioning or other cooling devices are more likely to suffer. Psychological damage should not be underestimated; violence often increases during these periods of time. 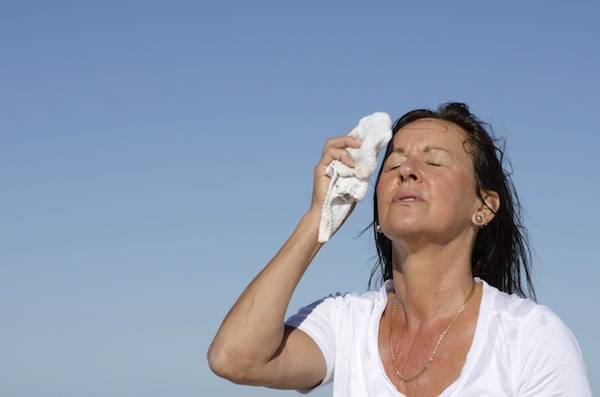 Aside from health related effects, heat waves can cause a number of other damages. Because the heat is maintained over the period of several days and doesn't cool down much at night, the running of air conditioning is increased. This can cause power shortages or outages along with spikes in electricity which can also create a power failure.

If a heat wave continues for a longer period, crops and forests can become very dry making it possible for forest or brush fires to start and spread. Without rain, these fires can sometimes rage for days, causing loss to crops and livelihoods as well as homes and properties. Roads can also be affected by prolonged periods of heat as they buckle. Water or electricity lines can crack, leading to secondary problems such as water shortages, fires, and power outages.

Heat waves happen all over the globe, with serious heat waves occurring yearly in some area of the world. First world markets are crippled as cities and areas go for days without electricity. Third world countries suffer—especially the poor—as they are unable to cultivate crops, find clean water, or get proper medical attention.