Asteroids are something that many are worried about.  Asteroids live in space and orbit the earth and solar system every single day and for the most, the asteroid is not going to be something to worry about. However, asteroids have been known to collide with earth and come into contact with populated areas. They can create utter devastation and no one knows what one single or even small asteroid could do to the world.

Asteroids are actually very small planets, minor planets. They can be known as dwarf planets or even small solar system bodies; they are not in a sense comets but they are still just as dangerous and unpredictable. They can be very small but they can also be very large which is very disturbing for any asteroid which might come into contact with the earth.

An asteroid can orbit the sun and even the earth for hundreds of years but not make any contact what so ever. However, any little shift by either the asteroid or solar system can send the asteroid onto a collision path to the earth. Even a nice from an object from space can send an asteroid towards the earth.  There are in fact millions of asteroids in space.

Most of the asteroids are very small and are really shattered remains from space objects.  Though, nine times out of ten, the asteroids orbiting space will stay in the asteroid belt which sits between Jupiter and Mars. This isn’t always the case which is why many asteroids are orbiting close to the earth.  All asteroids however are put into one of three categories.  These are; 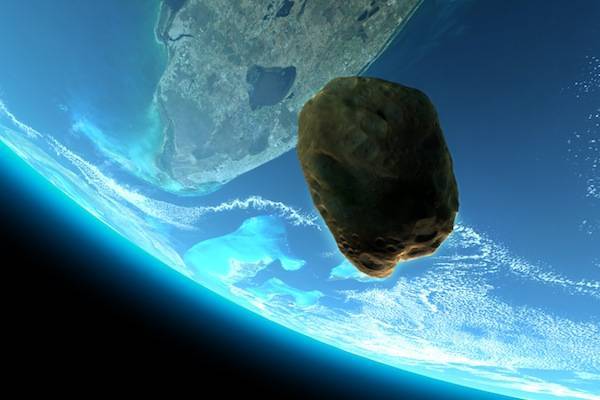 The reason why these categories are named this way is because of carbon rich, stony and metallic compositions or materials found contained within the asteroids.  However, there might be a lot of asteroids orbiting the earth; there have not been many that have reached the earth’s surface with such force. Most are not visible to the naked eye and can only be seen via a telescope; however, 4 Vesta is an asteroid which can be seen via the naked eye.  This is because of its surface; it has a reflective surface.

Though, the asteroid can usually only been seen when the sky is very dark and it has to be of course positioned perfectly in the right location. There might be one or two smaller asteroids which can be seen by the naked eye when they are closely passing the earth though the time frame for this is very small indeed.

Asteroids have been around for thousands of years; however, it was only in 1801 when the first asteroid was discovered. Ceres was discovered by Giuseppe Piazzi but amazingly, at first, people believed Ceres was in fact a newly discovered planet. However, as the years went by, new technologies became available and Ceres was found to have no planetary disc which brought about of the word asteroid.

In 1801 and even decades later, not much was known about asteroids.  Strangely though, Ceres, the first asteroid, was only found by accident. Piazzi was not in fact looking for Ceres or asteroids, but he did find Ceres orbiting Jupiter and Mars. There were also others found such as 4 Vesta, 2 Pallas and 3 Juno in the 1800’s.  After 1807 when 4 Vesta was found, astronomers didn’t believe there were any more asteroids.

Though, it was some years before the next asteroid was found – 5 Astraea, and 6 Hebe came only a year and a few months later.  Once these asteroids were found however, more and more people became interested in star gazing. This led to an asteroid being discovered almost every year which is truly amazing because since 1845, there have been dozens, hundreds of asteroids being discovered.

In the late 1900’s and early 2000’s there was a sharp increase of wanting.  More and more people have been increasing their interest to identify asteroids orbiting the earth. Many people are worried that asteroids are going to collide with the earth; though the three asteroids named as the most important groups which are near the earth, are the Atens, the Apollo’s and the Amors.  All three groups are close to the earth and as a result of newer technology, have been monitored and checked constantly for years.

With the latest technology however, it has caused more and more worry about asteroids striking the earth especially those so close to it. However, with telescopes trained in most near earth asteroids, any slight change to them are being noted down carefully. With some of the latest technology also, it has meant over one hundred thousand asteroids have been found! 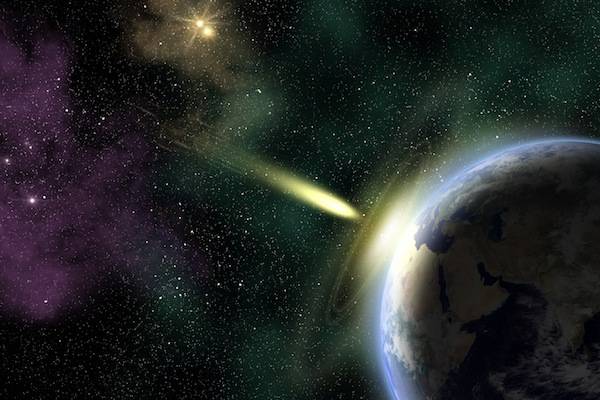 The Near Earth Asteroids

Asteroids are not all going to be one size. There are going to be many asteroids which are very small but there are always others which are rather large. They greatly vary in size, one has been measured at one thousand kilometres and this is really amazing because they are so close to the earth.  To be honest, some of the larger asteroids are almost like a mini planet – they look like a normal planet because they look somewhat spherical but not all are too big. There is a huge majority which are very small and oddly shaped. Most smaller asteroids are fragments of once bigger asteroids which have formed into one.

Ceres, the first ever asteroid to be discovered is the biggest asteroid by far because it reaches an estimated 975 kilometres which is huge!  2 Pallas and 4 Vesta are second and third largest with them at around 500 kilometres.  However, some asteroids will not reach this mass, some will be very small in size but their weight is on a large scale.

There have been many scientists who have said that asteroids will collide with earth on many occasions.  This has yet to come but many have predicted that an asteroid the size of a football pitch would hit the earth and if that were to happen, it would cause devastation beyond belief.  However, there has become a huge interest in asteroid activity for this reason because more are worried about what could happen.

Asteroids can vary in many ways including size, weight and velocity.  Some might not be high impacting as what others are and many will not impact the earth either.