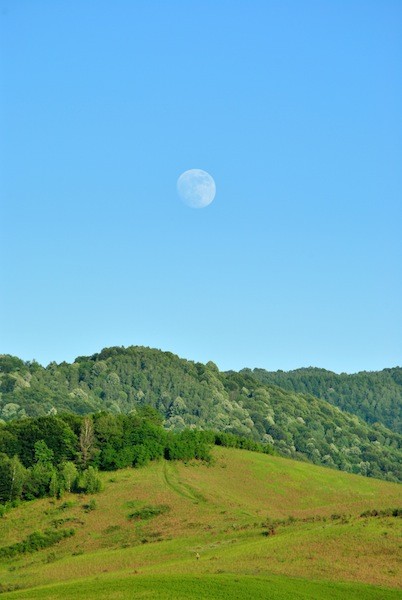 Ireland – the land of leprechauns and treasures at the foot of the rainbow. When you think of Ireland, you also think Irish music, good mood, and people who know how to party. Lore and customs aside, Ireland is one of the top places where people decide to go on a vacation.

An amazing country with stunning natural landscapes and an impressive ancient history, Ireland is a timeless place that not only brings you into the modern world, but also allows you to explore the countryside. It’s packed with destinations to see, all of which will leave that satisfying Irish flavor lingering for a fairly long time.

But while Ireland seems so brilliant, the question remains: is Ireland safe to visit? Is it as happy as it sounds, or do you have to be careful wherever you step foot? Well, with this Ireland safety guide, you are about to find out.

Highest Risks You Expose Yourself to When Visiting Ireland

Generally speaking, Ireland is a very safe country to visit. In most rankings, Ireland is at the top of the safety list, being the 18th (or higher) safest country in the entire world. It is a fairly impressive number – and you’d have to be pretty good to beat that record.

At the same time, Ireland is no Utopia – which means that if you are not careful enough, you might come across the occasional pickpocket, bag-snatcher, or even mugger. However, if you play precaution and don’t leave your belongings unattended, there should be no issues.

Similarly, you may want to avoid shady areas. Ireland is a safe country – but only as long as you know exactly what areas to go to, and what areas to avoid.

There are some places that have a higher criminal activity than others. This is why you might want to stick to the “beaten track” when you have the possibility – even if it might take a few minutes longer to reach your destination.

Pickpocketing and Theft Risks in Ireland: LOW to MEDIUM

While pickpocketing in Ireland is not as common as it is in other countries, it does not mean that it’s nonexistent. If you are not careful enough, you will find that you have reached a store and your wallet is, well… gone.

Most of these incidents happen in larger cities, where tourist conglomerations are at their biggest. Dublin has the highest number of scammers – which is why you ought to be careful with your belongings if you are visiting there. Aside from public tourist spots, areas in which pickpockets operate might be public transportation – particularly during high hours and crowded malls.

Like with every other country, you have to exercise precaution when visiting Ireland. When going to a particularly crowded area, do not leave your belongings unattended. Thieves probably won’t steal your camera while you take a picture – but they will steal it if you leave it lying on a table near the street, while you are paying attention to your coffee.

Ideally, you might want to buy a theft-proof backpack to keep your belongings – with those zippers that are difficult to open without you noticing by a thief. You might also want to leave unnecessary possessions at your accommodations (such as your passport and plane ticket).

Only take as much money as you need with you for the day. Not only will this prevent you from overspending, but it will also prevent you from losing everything. If you need to take your credit card with you, read some Ireland safety travel tips to keep your belongings hidden from sight

The risk of getting scammed in Ireland is very low – at least when it comes to the bigger scams. The worst that can happen to you is receiving a lower change than you were supposed to, or being overcharged for a taxi ride.

Some vendors will also try to overcharge for a certain product which they deem as “original.” These products, however, are generally counterfeits that are sold in touristic points.

To avoid being scammed in Ireland, a good idea would be to always double-check everything. Be sure that you have received the right change after every payment, and always make sure that the taxi meter has been started before hopping on a ride.

Ideally, you might want to do some research on the average market – see what the prices are there. You won’t know the price of every product, but at least you will get the average idea.

Also, be careful of the vendors that seem to be trying too hard to tell you something. If they do that, it is likely that the product is either counterfeit or overpriced – which is why you might want to politely decline and go on your way.

So, how safe is Ireland for tourists, really? Well, the risk of getting kidnapped in Ireland is low to the point that it almost never happens. There have not been any recent reports – and those that have happened in the past did not have tourists as their targets.

However, while the chances are low, it doesn’t mean that it can’t happen. Tourists are advised to exercise precaution whenever visiting Ireland. Ideally, they might also want to read an Ireland safety guide on how to prevent being kidnapped.

There’s a golden rule to avoid being kidnapped anywhere, not just in Ireland: steer clear of dark areas or those who are completely devoid of people. The countryside is indeed one of the main charms of Ireland – but if you can avoid it, you should not go to those areas with you.

Kidnappers generally target unaccompanied people – mainly because it’s easier that way. Even if you are in the city, you might want to avoid streets that are poorly lit or devoid of people.

Kidnappers generally conduct their deeds for random – so if you have become one of their targets, it’s probably because you told them you have a “very rich family that allows you to travel around the world.”

Last but not least, for someone to be kidnapped, they will have to be passed out. As a result, you might want to be careful what you eat or drink. Someone could easily slip a sleeping drug in it to make you “easier to transport.”

Up to this point, there haven’t been any recent attacks in the history of Ireland, which might make you think that the land is pretty safe. However, there is a threat for those living in the north-eastern side of Europe – making it not impossible for Ireland to become a target too.

To avoid being a victim of terrorism in Ireland, you might want to learn how to keep your third eye open, so to speak. If you see someone acting suspicious or looking nervously around – it might be a sign that they are a terrorist.

If you notice suspicious behavior, however, do not create a panic. Try to put some distance between you and the suspect – and notify the local authorities. This way, they can check the suspect out – and hopefully, prevent an attack.

Many women are asking themselves this question: is Ireland safe for solo women travelers? Well, on the most part, it is safe for those who do not need companions.

Some cities, however, are a bit more dangerous compared to others. In Dublin, for instance, crime is on the rise – and if a woman is not careful, there is a high chance that they might become victims of terrorist attacks.

To avoid any problems while traveling solo, you might want to apply common sense. For one, do not walk the streets alone at night. If you can’t avoid it, at least take a cab – but Make sure to make an official order from a taxi company.

You might also want to steer clear of bars at night as well. They are generally packed with drunk men, who won’t think twice about hitting on you. And since they’ll be intoxicated by alcohol, they will not have that “off” switch.

As mentioned, rape risk is fairly low in Ireland. During the day, the streets are very safe – and the nights are too, as long as you stay on the more popular streets. Dublin is fairly more dangerous when it comes to assaults – but as long as you take proper precautions, you should be safe.

Overall, however, even those asking the question “is Ireland safe for solo women travelers” should not generally fear rape.

Risks for People Traveling With Children in Ireland: LOW

Considering that Ireland has a high safety threshold, it’s a lovely place to visit with your family. Since the kidnapping rate is low, it’s unlikely that your child will be taken away from you. The only unfortunate incident would be when your child wanders away in a crowded area, getting lost.

To avoid an unwanted scenario, you might want to keep a close eye on your kid. Hold their hand whenever you are in a crowd – and more importantly, teach them never to talk to random strangers. In the event that they are lost, you might want to teach them your phone number or make sure he or she always have it on them.

The chances of coming across a natural disaster in Ireland are fairly low. There is a chance that the occasional flooding might occur in some areas – but that generally only happens in spring. As long as you pick your city and season smartly, this should not be an issue.

Overall, there are barely any risks when it comes to public transportation in Ireland. Some drivers will try to overcharge a ride – but that rarely happens. So those asking themselves “how safe is Ireland for tourists,” you should rest assured: nothing is likely to happen to you in this case.

Night-clubs, Pubs, and Bar Risks in Ireland: LOW to MEDIUM

Ireland is generally safe when it comes to bars – and you can’t say that you’ve been to Ireland if you haven’t gone to an Irish pub. People are likely to try to talk to you in a bar, mainly because they like the conversation and the company.

However, since they may also like the taste of alcohol, you might want to rethink drinking alone in a bar at night. You can’t know when a merry drinking session will turn into “who can throw a table harder.

Ireland has a very well thought-of health system – and as long as you have travel insurance, you should not worry about illness befalling you. Not only do you have medical facilities in every city, you also have countless drug stores to go to in times of need.

There aren’t any current grave health issues in Ireland either. Therefore, as long as you get your routine shots, you should be ok. Most Ireland safety travel tips will recommend that you get all your vaccines before going.

There are several routine vaccines that you need to take before every trip, not just in Ireland – such as the flu, chickenpox, pneumonia, tetanus, and so on. It is, however, recommended that you also put the following vaccines on the list as well:

Most Dangerous Area in Ireland

Ireland is generally very safe, regardless of the Area. You should, however, be particularly careful in Dublin. Most thugs gather there, and the streets can be particularly dangerous at night. You might also want to avoid the “getto areas” in Dublin.

So, how safe is Ireland for tourists? Generally speaking, it is very safe. Aside from the occasional pickpocketing or bag snatching, there aren’t any real risks. As long as you are careful where you are going and what you are doing, you should be completely safe.