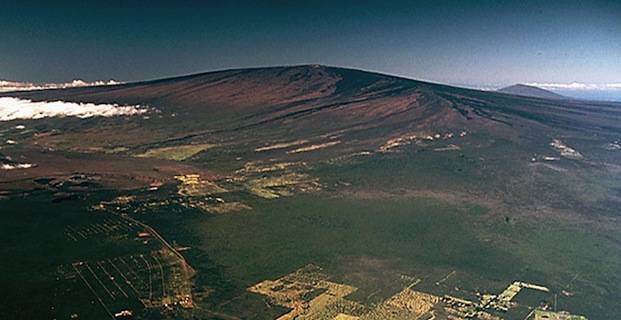 The Mauna Loa Volcano is not only a big size; it is also one of the most active volcanoes in the world. Since the first documented eruption in 1843 there have been an additional 32 eruptions. The last eruption took place in 1984 but scientists believe that the current signs point to the fact that it will erupt again. The volcano is currently being monitored at all times for any unrest that it may show. Scientists also believe that the Mauna Loa Volcano has been erupting for 700,000 years at least with its emerging above the sea level taking place close to 400,000 years ago. The magma seen at the Mauna Loa Volcano comes directly from the Hawaii hotspot.

Comparing It To Kilauea

When you are in Hawaii you will be seeing several volcanoes and it is impossible to go without comparing them. The Mauna Loa Volcano is pretty close to the Kilauea Volcano and even though it is not as active as its neighbor, it is still considered one of the most active in the world. There are a total of 333,000 acres that form Hawaii’s Volcanoes National Park and Kilauea and Mauna Loa are the most famous of them. What you may not know is that it appears that both volcanoes are connected which would explain the behavior of both volcanoes. In fact, they used to think that Kilauea was a part of Mauna Loa until they discovered its own set of lava tunnels. The increased inflation of both volcanoes is due to the fact that there is increased pressure in the source of magma for the two of them.

Is The Mauna Loa Volcano Awakening?

For a while the Mauna Loa Volcano was undergoing deflating but recently that changed. From 2002 to 2005 the summit of the volcano started to reverse the deflating period which had taken ten years. In 2004 earthquake activity also increased but by 2005 it went down again. Scientists believe that Mauna Loa will more than likely erupt again within the next few years so it may be that the citizens of Hawaii will need to be on the alert regarding this awakening giant.

Because of its history the Mauna Loa Volcano has been designated as a decade volcano. There are only 16 such volcanoes in the world and it means that more attention needs to be paid to it. It is important to know that volcanoes in Hawaii do not usually produce multiple casualties. In fact the last one occurred in 1924 when an explosive eruption sent rocks to onlookers, killing one. One of the most common hazards that volcanoes in Hawaii like Mauna Loa can cause is inundation by lava. The lava flows are usually slow moving and do not usually exceed a walking pace but that is not necessarily the case. In 1950 the volcano erupted as much lava as Kilauea produces currently every three years. The lava reached the sea level in only four hours which destroyed large parts of the village known as Ho’okena Mauka as well as parts of the highway in the area. Other communities have also been affected by eruptions from the volcano.

The Hawaii Volcano Observatory or HVO is the organization that is currently monitoring Mauna Loa. A close eye is kept on the activity of the volcano due to its past history. Usually an eruption of the Mauna Loa Volcano will be followed by several tremors for a few days. Warning mechanisms and an observatory are used to cover the area. The more modern mechanisms for monitoring the volcano were installed in the early 1970s so an eruption in 1975 was forewarned by seismic unrest which lasted close to a year. The same happened for the last eruption in 1984 except that the tremors lasted three times as long.

Today the seismic network monitors Mauna Loa as well as several GPS stations, strainmeters and tiltmeters which are currently monitoring deformation in the ground which can be caused due to the swelling of the volcano’s magma chamber. With all the equipment used there are a lot more possible warnings when an eruption is close to happening. As if that were not enough there are also two gas detectors at the summit caldera and a webcam that keeps an eye on the volcano.