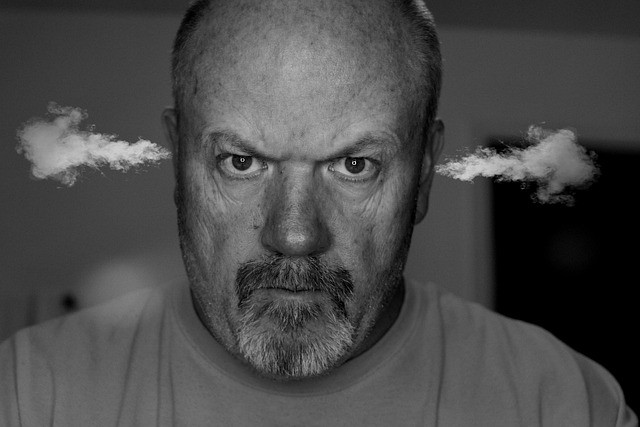 When we painfully hit ourselves or a neighbor’s car, we unconsciously curse. In doing so, we give vent to frustration, pain, or anger. The habit may be ugly, but our tendency to curse has a biological basis.

Vulgarisms are most often the expression of strong emotions that we want to relieve. They can also be proof of language poverty and the effect of shortening the distance between people. Almost everyone uses them to varying degrees of intensity. They are present in films, on theater stages, in songs.

It is generally believed that they are used to express negative emotions or to refer to someone contemptuously and disrespectfully. More and more often, however, it turns out that vulgar words express such positive emotional states as joy, satisfaction, and also serve to formulate positive evaluations of someone or something.

Of course, for the expression to be accurately received, the speakers must be participants in the same communicative context. It is also noticeable that some words considered obscene, colloquial, or vulgar gradually enter the general social circulation and become natural (no longer vulgar) components of discourse, e.g. in the media

The Russian language has something called a “mat.” It is a set of extremely obscene words, the equivalent of four-letter words in English, but more taboo. It used to be unthinkable for decent people to use them in general conversation, but now it’s almost commonplace. And it’s getting worse, with younger people using it more and more openly.

There is a reason for this, of course. Russian mat is very expressive, it makes speech more expressive and sometimes funnier. Sometimes I use it myself (90% of the time I’m not proud of myself). The problem is that many people treat it as ONE expressive device and use it all the time.

When I say mat I compare it to sex. When two (or more) people have agreed to it and made sure no one else is involved, everything is fine. But when you do it in public, it’s an ugly crime (yes, swearing in public in Russia is illegal), and those who are reluctant to witness it are disgusted.

One highly convenient and popular French curse word is the famous “Putain !”, understandably not taught in school by French teachers, but used in almost every sentence by French speakers, in every region of France!

Foreigners who come to France are often surprised to hear this unfamiliar word all the time. Putain is an old colloquial word for a prostitute and is used to express almost anything. You will hear French people saying Putain ! when they drop something on the floor; when their favorite soccer team misses an easy goal; to greet a friend paying an unexpected visit; when they are hot; when they are cold; when they can’t remember what they were supposed to do, etc.

Regardless of age, Brits seem far more adept at swearing than Americans. They are more likely to combine colorful language with a sense of humor rather than grossness or vulgarity. Some can even make a word sound like a curse word

When they curse, they usually mean it, Americans are much, much less creative about swearing and hurling insults than Brits or Australians they have a huge array of insults to choose from; Britons called Trump a “cockwomble” on Twitter and memorably a bunglecunt.

They go all the way half a dozen curse words in a single sentence is not uncommon, especially when talking about something very important, like when we land on mars or Jeff’s friend’s latest car. creativity is by far the most ideal of naming all cursing English-speaking nations.

They are swearing in every possible social context. Swearing in front of grandparents by young children is socially acceptable. In contrast, I think Midwestern America swears the least. They love to take offense at any vulgarity, racist epithet, or homophobic remark.

The Spanish language is simply very expressive, completing all kinds of sentences with swear words, which in other languages may be considered highly inappropriate and said with expressive hand gestures it is full of vigor, passion, and emotion. Spaniards have always captivated my heart with their sensual language attitudes. Learning the language has helped me make more friends and understand their cultural heritage and Spanish cuisine.

The Italian language is so beautiful. All those vowels, those wonderful flowing sounds, melodious phrases, perfected by centuries of happy use. All that has changed. Italians are increasingly using “parolacce” (curses). In private conversations, in the family, in public life, in the mainstream media, and – of course – in social media.

They were surprised by the number of “K-words” in American movies; now they have their equivalent, “C-words” – many of which refer to different parts of the human anatomy – are everywhere. Calling someone “stronzo,” Italian for “dung,” is quite popular

They don’t take it that seriously. they use it to emphasize their emotional state to get more leverage, often without thinking about what they are saying. It’s a habit that can come across as either cool or extremely annoying.

Though bad words are often used in conversations between native speakers of German, you probably won’t find them in the vocabulary lesson in your textbook or online course. Even though they sound pretty harsh and scary, German curse words are easy to remember once you learn their literal translations and even more fun to say.

So if you’re ready to take a break from responsible learning and have some fun, take a look at these popular curses and insults. Learning German curse words doesn’t even resemble learning, rather it’s a way of shouting and dominating

In Poland, wearing a cap that says “Fuck”.does not arouse disgust any more than it is tasteful, although I share Poland’s sentiments and find the caps amusing, it is worth wondering if people would be as casual about a cap that says “Kurwa”. There are interesting situations were wearing clothes with some English curse words on them is tolerated, more and better than wearing your linguistic clothes

Presumably, most people wouldn’t do that, because there would be plenty of other people willing to take “foul language” into account. One would suppose that few people would appreciate the negative attention.

However, when the same “offensive” slogan is in English, it usually goes unnoticed. Older conservatives with poor English simply don’t understand, so they won’t complain. At the same time, Poles who recognize the curse word simply don’t “feel” it the same way as another foreigner who uses curse words.

When foreigners say they are polite, they don’t understand it. because in this country everyone is literally like that and they are used to treating others or being treated that way. Turks use swearing a lot we have very unique or creative swearing but Turks don’t use swearing when they talk to the elderly, children, or any respectable person.

Turks usually use swearing in traffic, when arguing in anger or when talking with friends. It is disrespectful to curse around parents or elders, even if you can’t use words like “shut up” or “stupid” towards elders. But of course, some people use swearing and ugly words all the time.

Swedes mostly refer to Satan and hell itself in their vulgarities, but they curse a lot. Although it may seem that if you say to a Swede “go to hell” it will sound more like a joke than an insult, you may still be surprised.

Traditional swearing is 100% religious in Sweden. Up until 1980, cursing was done only by calling on the devil. If you want to use strong coursing, you would say things that can be translated like this: By all the devils in hot hell.

Then people started hearing swearing in English-language movies and TV shows. Before that, that wasn’t the case. Hollywood movies did not contain swearing. Swedish monopoly television did not broadcast anything, including swearing.

Not surprisingly, many of the most hurtful insults in Chinese are about someone’s mother or their ancestors. Think of “Yo mama” jokes in English, only much worse.

Chinese students should be warned, however, that throwing some of these insults someone’s way can cause more trouble than it’s worth. If a cab driver swerves you for 10 kuai or less, it is not worth getting into insults related to your mother and ancestor. I have seen many fights started over this, so proceed with caution.

Verbal expression of frustration is often the only available way to let off satisfying steam. Even if you do it quietly under your breath, getting your opinion on a situation, a place, or maybe an unbearable boss off your chest just feels damn good.

there are many egg-related insults in Chinese. It may have something to do with one particular slur that goes back to the Song Dynasty.