Terrorism, like an epidemic, potentially taking the world under its folds of brutality and violence. An act of terror is defined as the use of violence, force and power over others in order to achieve one’s set of political, religious and economic objectives. It has caused much chaos and anarchy in the society. It inculcates fear and terror in the mind of individual and as result sprouts more terror out of the society. Terrorism seems like an outgrowth of injustice prevailing in the society and lack of education. Bomb attacks on major organizations worldwide, killing of great personalities and infinite killings of innocent men, women and children are the heart trembling outcomes of terror culmination.

TOP TEN MOST DANGEROUS TERRORIST ORGANIZATIONS/ GROUPS IN THE WORLD

There are many inhuman groups of terrorist groups which have taken the height of brutality to the next level. Based on their area of expansion and number of terror activities, they are categorized as the top most terrorizing group of individuals in the world. Discussed below are the top ten terrorist groups and organizations in the world.

Operating in Uganda, Congo, Southern Sudan and the Central African Republic, The lord’s Resistance Army is a terrorist organization ranked at tenth position in the list of world most dangerous terrorist groups. It is currently working under Joseph Kony. This organization was originally surfaced over the horizon with the idea of spreading peace and prosperity but soon in the lust of power they started carrying out genocides, child slavery and multiple abductions. This terrorist group has killed 2300 individuals between the year 2008-2011 and abducted thousands from that region.

The Revolutionary Armed Forces of Colombia is ranked at ninth position in the list of world most dangerous terrorist groups. They are the outcome of long gone conflicts between the liberals and conservative groups of Columbia. This organization uses violent, aggressive acts and guerilla techniques to impose their ideology against communism. For economic support, they held massive abductions and drugs trade. This terrorist group also remained involved in excessive bomb attacks, assassinations and killings that took place in Colombia over the years.

Present along the borders of Pakistan and Afghanistan, Tehreek-e-Taliban is a group of Islamic activists. It is regarded as eighth most dangerous terrorist group in the world. These militants are apparently against the spread of Westernization in Pakistan and Afghanistan, willing to set up Sharia law in Afghanistan. This terrorist group seems to have strong bonding with another most threatening terrorist organization of the world, Al-Qaeda. Tehreek-e-Taliban claimed many attacks in Pakistan and threatened to attack the UK or other countries supporting War against terror.

The Army of the Righteous or Lashkar-e-Tayyiba is another terrorist organization who in the name of religion and righteousness spreading violence and anarchy in the world. It is ranked at seventh position in the list of world most dangerous terrorist groups. This terrorist group is currently operating in the areas of India and Pakistan. This organization was originally formed in the early 1900s with the purpose to oppose Soviet invasion in Afghanistan. Later it carried out several attacks against civilians and Indian troops.

Al-Shabaab is a terrorist organization operating in East Africa and was originally founded in 2006. The main aim of this group is to eliminate the hold of foreign military force in regions of Somalia and to establish Islamic government in that area. This group earn their funding through several kidnappings, killings, illegal businesses and obtaining illegal taxes. Besides that, it carried out car bombings, suicidal bombings and shootings. Their most terrific attack was in Nairobi where 60 individual died in 2013. Whereas in 2015, they killed 148 innocent students during their attack at a university in Kenya.

Hezbollah is a group of strong Muslim activism that emerged in 1982 as a result of Israel’s invasion of Lebanon. Ever since then, this group has been involved in numerous terror attacks including bombings of Embassy, killing of civilians in Lebanon and Israel and flight attacks. This terrorist group found their strength through their various representatives working at high ranks in the cabinet of the Lebanese government. Fr past few years, this group has gone off the focus of media due to the decrease in their visible terror activities.

Boko Haram is an African militant group residing in Western Africa. This terrorist group also enjoys close relations with Al-Qaeda. This group is also extremely against the westernization and the word Boko Haram means “Western education is sin” therefore this group completely oppose western education and seemed to involve in genocides, abductions and bombings. Between the years 2009 and 2014 only, this group has killed over 5000 civilians and kidnapped 200 schoolgirls from Nigeria.

Another name of Terror, ISIS, Islamic State of Iraq and Syria has just recently claimed to carry out attacks in Brussels, Belgium killing hundreds of people. This terrorist organization has been carrying out various such acts, throughout the world. It has established its grounds in Nigerian, Libya and South Asia too. Consisting of more than 80000 Individuals, ISIS is carrying out several inhuman terror activities like the indiscriminate killing of innocent civilians.

Al-Qaeda is ranked as the top most threatening and dangerous terrorist organization in the world which wants to impose Islamic Sharia Law by force. The founder of this terrorist group Osama bin Laden has however been killed by US forces back in 2011, yet the group seems to be penetrating its roots under the new leadership. Extensive killings have been carried out by this group in the last decade. This terrorist group is mainly famous for planting suicide bombs in crowded areas killings a huge number of people at a time. 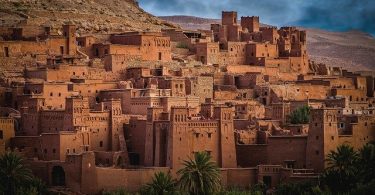 Terrorism can be defined as a phenomenon in which one certain ideology is pursued and is also...