Types of Volcanoes. One of the reasons that volcanoes are so fascinating is that you could find many different types of volcanoes.

One of the reasons that volcanoes are so fascinating is that you could find many different types of volcanoes. The volcanoes can be classified according to their shape, size, dome and even their location. There are other aspects that can also affect the classification of the types of volcanoes found on Earth like the structure of the volcano and if there are any vents or fissure that allow air. Some of those volcanoes are not known for their features but for the type of eruption they will have. Here are some of the volcano types that you will find and how to recognize them.

A fissure vent or volcanic fissure is a linear vent on the ground of a volcanic area where lava can erupt from. Usually the lava eruption from a fissure vent will not be an explosive one. The size of the vent is not something that is standard as some can be as small as a few meters wide, but the length can be several kilometers. These types of volcanoes can be very difficult to recognize unless you know that you are standing over it as it is mostly flat. There is no central caldera to these volcanoes and the fissures can be covered up when lava cools down.

Shield volcanoes are types of volcanoes which are formed due to several lava flows which eventually give them the shape of a warrior’s shield. These volcanoes are not the tall mountains that you expect to see when you think of a volcano, but rather low profile structures that look more like a small hill than a full mountain. The summit of these volcanoes is usually flat whole the width can be very big. Usually the height of a shield volcano will be just 1/20th of the total volcano’s width.

A lava dome is a circular volcanic formation which happens due to the viscous lava slow movement. Its shape happens because of the viscosity of the material coming out of the volcano. The domes are very common in volcanic areas and while they are not the awesome show that a volcanic explosion would be it is still something to be admired. Another reason that they form is that there usually is not enough pressure for an massive explosion which means that there could be some sort of vent allowing the gases to escape the structure.

A stratovolcano is recognized mostly because of its shape and size. These types of volcanoes tend to be very tall and conical. Their composition will also help you recognize them as they are made of a hardened lava layer, volcanic ash and tephra. Their profile is steep and the lava that shoots out of these types of volcanoes tends to be very viscous and because of that the cooling of the lava will be done quicker than in other volcanoes meaning that the flow will not get too far away. It is not rare for the stratovolcano to be very tall with a lot of them exceeding 2500 meters.

Because of their shape and height a lot of these types of volcanoes have become very famous. One of the most recognized volcanoes that fall under this category is Mount Fuji in Japan. Mount Vesuvius is another highly recognized and extremely famous stratovolcano. Stromboli is another very famous active volcano that falls under the same category. These volcanoes are famous not only because of their shape but also because of the damage they have caused in the past and the possibility that they will cause severe damage in the future as well.

The supervolcano is out of all types of volcanoes the one that could cause the most damage. Some scientists predict that an eruption of a supervolcano today could in fact end life in the planet due to the massiveness of the eruption. The problem with that prediction is that there have been such eruptions in the past and there will be another one in the future. The last eruption of the Yellowstone supervolcano is believed to have caused the last ice age and that killed several species. If that were to happen today it could mean a world-wide food shortage that would lead to the starvation of those that survived the eruption and the ash.

The supervolcanoes are ranked by the Volcano Eruption Index and they usually fall under the VEI 7 and the VEI 8 Rankings. There have been a total of VEI 8 eruptions in the history of the planet, five of which have taken place in the United States area. There are currently six famous supervolcanoes in the world, and they are the Yellowstone Caldera in the US, The Long Valley Caldera in the US, the Valles Caldera also in the US, Lake Toba in Indonesia, the Taupo Caldera in New Zealand and the Aira Caldera in Japan.

A submarine volcano is a fissure which can be found under water from which there can be an eruption of magma. It has been calculated that up to 75% of the magma output each year comes from these types of volcanoes. Most of these volcanoes are found close to areas where tectonic movement takes place. Those areas are called ocean ridges. Most of these volcanoes are very deep in the ocean, but there are a few of them which can also be found very close to the surface of the water. Because of the depth of some submarine volcanoes they can be very hard to detect.

A subglacial volcano or glaciovolcano is one that takes place under the surface of the glacier and in some cases under the ice sheet. These types of volcanoes will quickly create a lake due to the fact that the hot lava will melt the ice very fast. The places with the most subglacial volcanoes are Antarctica and Iceland, but they can also be found in Yukon and British Columbia in Canada.

The subglacial volcano is very similar to the submarine volcano because they will both cool the magma quickly creating very similar reactions on the surface. The areas close to a subglacial volcano can be affected by flooding because of the displacement of the water during the eruption and the additional volcanic material which is released. Theoretically an eruption that was massive enough could cause a tsunami to take place.

A mud volcano is a very different thing from a regular volcano, but the concept can be similar. These types of volcanoes are also called mud domes and they form by pressure from gases and liquids. The hot water and the mud mix with surface deposits and that is what pushes the surface up. Currently there are 1100 such structures identified, but more are always a possibility especially in subduction zones. Generally these volcanoes will indicate that there may be a petroleum deposit or that there is a volcano nearby.

If a volcano is close to a mud volcano then most of the gas leaving the structure will be Helium, while those that do not have a volcano nearby will emit mostly methane. Current estimates that would take into account the mud volcanoes not found yet, would have the total amount at over 10,000. 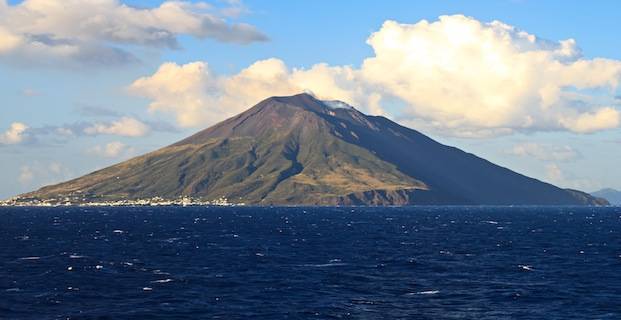 Types of Volcanoes. When studying the volcanoes in the world it is important to understand what the... 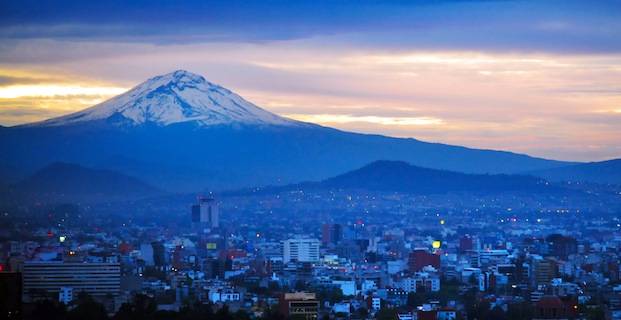 There are many volcanoes that have been dormant for a lot longer than that and yet they could be...