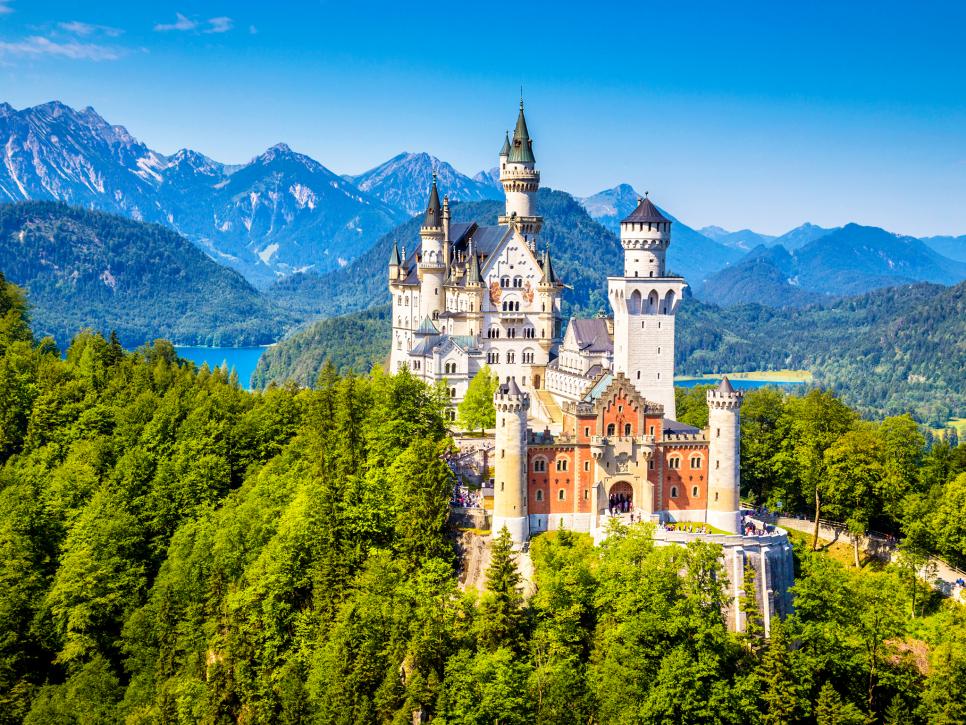 Architecture has always been man’s best play to mark its existence on the globe. The sky becomes the limit whenever he wants to build something up. It’s not just the matter of this century, the entire history of humanity is full of architectural marvels whether it’s the great Redeemer or the Pyramids or the Taj Mahal, all make you wonder on the versatility of human potential. From caves to the great castles, man has indeed made his living super luxurious in just a snitch of centuries. Even the long old castles are still existent on the face of the earth. There are hundreds of them that were built in different eras, and each represents the beauty of that time and cultural diversities.  Well, the beauty and design of some make them stand out amongst the rest. Today we will discuss the ten most beautiful castles of the world.

LIST OF TOP 10 MOST BEAUTIFUL CASTLES OF THE WORLD

The top ten most beautiful castles in the world are listed here today. Belonging to different countries and land, these castles have now become the national assets and are visited by millions of people annually to explore pretty details of their architectural design.

It is stone castle which is located in the city Segovia, Spain. The castle is shaped just like a ship’s bow. It was built in the 12th century and then served as the royal palace, a state prison and a military academy. Disney’s Cinderella Castle was truly inspired from this fortress.

Miranda Castle is also known as the noisy castle. It was built in 19th century in Ardennes of Belgium. In 1866, Edward Milner became the brains behind its design. However, Milner died before the construction was completed. Today this castle is completely abandoned and stands alone in the wood. This castle is however recently being used in the movie “Hannibal.”

Windsor Castle is the royal residence for many British royal families. About five hundred people are working in the castle to maintain and serve. However, it was originally designed to protect the area and to avoid Norman dominance.

The castle was originally constructed in the 14th century to defend the area against the French invasion.it was built in 1385 by Edward Dalyngrigge.  The structure of the castle is a blend of beauty with good defence. The artificial watery landscape, corner towers and well-balanced structure all together make this castle fascinating.

The Guineas book of World Records has declared this castle as the most ancient castle of Europe. It is situated in Prague and was built in the 9th century. The castle is 570 meters long and 130 meters wide covering an area of 70,000 square feet. It is visited by 1.8 million people from around the world each year.

The castle is named after the city it was built in, Kilkenny of Ireland. It was built in the year 1195 by William Marshal. It was built to control the fording-point of the River Nore and then became the junction for many route ways. It has four circular corner towers which gave a strong defence to it. In the year 1967 the property was transferred to the people of Ireland at the cost 50 pounds only. Today this castle is one of the biggest tourist attraction in Ireland.

Conway castle in Wales also takes you back to the medieval times where it was built by King Edward I, after him conquest Wales in the 13th century. The castle consists of 8 huge towers. Construction of these towers thus caused a great fortune for Edward I. it cost about £15,000 just to build the combined defense. Over the years the castle remained under the possession of different forces, but now it has been declared as the World Heritage Site by UNESCO as the “the finest example of the 13th and 14th-century military architecture in Europe.”

It is one of the well preserved oldest castle in the country and even of Europe. It was originally built in 11 century and was later expanded in the 14th century. It is located on the wonder location of Mount Salzburg in Austria with a length of 250 meters and width of 150 meters. Hence it is the largest medieval castle in Europe that was ever built. It consists of various wings and number of courtyards. Salzburg Bull is the unique speciality of this castle which is large aerophone consisting of 200 pipes.

He castle was built in 19 century under the orders of the Kind Ludwig II. Since then it has remained his private refuge. After his death in 1886, the castle became open to the public. As of today, almost 1.3 million people visit the beautiful palace on the rugged hill in Bavaria, Germany. You must have also seen this palace in a number of great Hollywood movies as the sight scene like the “The Great Escape”, and the Disney’s Sleeping Beauty Castle was also inspired by this one.

At number one we have the Mont Saint Michel Castle which is located on a tidal island. It is at the distance of 1 kilometre from the coast and is connected through a passage. It has now become the World Heritage Site declared by UNESCO. The highest point of this castle is as high as 92 meters above the sea level. A few dozens of people only live there permanently while about 3 million people get to visit this semi-secluded island every year. As the tides of the sea change constantly so Island gets connected or disconnected from the coast.