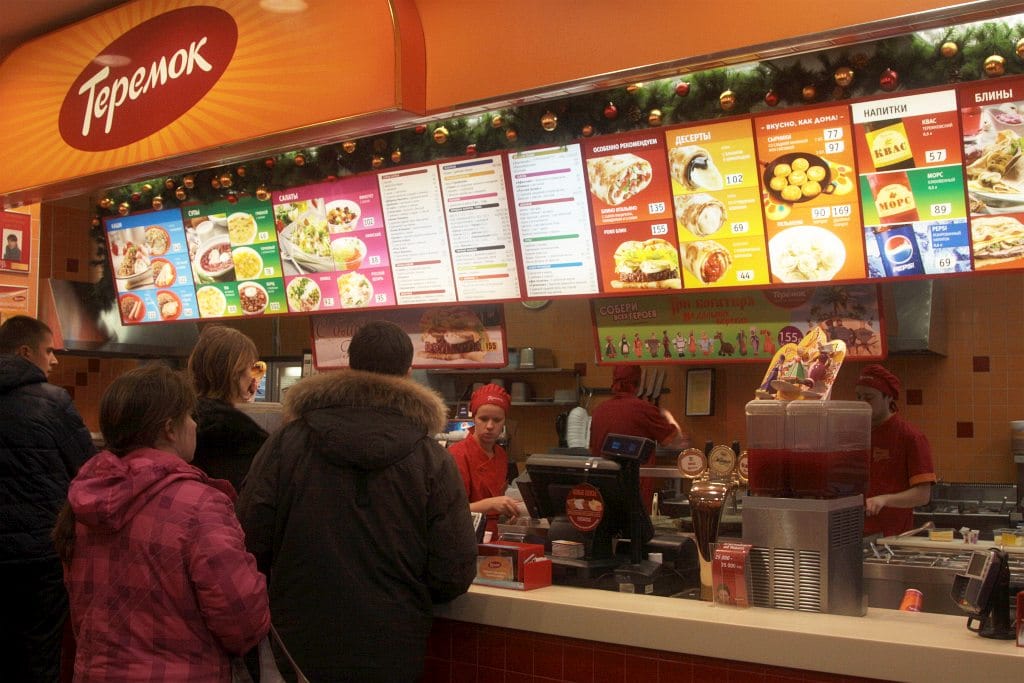 The technology has made everything easy even if a person doesn’t want to cook foods one phone call can bring the food to one’s doorsteps.The trend of fast foods restaurants has been increasing day by day. People love crunchy, spicy chicken burgers coated with heavy cheese layer and stuffed with other spices. Even the hotel industry is blooming nowadays across the world. Even there are possibilities of opening the restaurants at a moon. But along with that the life nowadays is extremely busy people even don’t have time to stand and stare how can they make food especially the job oriented people so fast food has made their life easier because they don’t need to cook foods and just to fetch it and eat.

Event the medical science has proved that these fast food items are unhealthy but still love them. The famous fast food brands as KFC, Pizza Hut, McDonald, King Burger, Subway, etc. are highly consumed and are becoming more popular day by day.Here is the list of countries whose people are extremely fond of the fast food:

Fast food chains in Sweden use a very different techniques to attract the customers. They use the temporary menus and huge advertising to bring large amount f customers. Attractive deals are offered from time to time to bring the customers and the leading brand like in most countries in Sweden is also the MacDonald’s which people around the world love eating the most.

Germans along with the MacDonald’s and subway are also highly inclined towards the fish fast food. Nordsee is the company that specializes in this foods. The county’s fast foods restaurants are now more focusing on healthy and vegetarian food so that people may frequently come to these restaurants.

The fast food chains greatly opened in Japan after the earthquake and it is the reality the people of Japan started eating more fast food in recent years.To save the energy the Japanese have been more conscious and they have started using alternatives in the form of already cooked food. The company most famous with the Japanese is the 7-Eleven Japan It has the 13,685 outlets in the country which can clearly define its popularity in the country.

The expensiveness in the food items in the Korea has made the life of people very difficult, so they try to look for cheaper options because the country went through an economic crisis. As a result of that the fast food restaurants have started benefiting the most as most of the people have started using this option. Paris croissant is the leading foodie brand in South Korea and is Paris-based country along with increasing trends the more restaurants are being opened in the country.

The UK is the fourth largest fast food consumption country. United Kingdom people are fast food lovers. The university students and the job oriented people love to eat fast food.They also are very fond of food and mostly the students who live independent are the frequent visitors of these places.

The Tim Horton is the leading fast food brand in Canada earning huge amount of revenue per years.The other brands like Subway and MacDonald’s are also working here with success and in last many years the increasing fast food trends have led to the decrease in traditional restaurant’s food consumption which have earned a lot of decrease in revenue.While the burgers are less famous and the bakery item consumption is increasing.

France is known for its classy dining affairs.Whenever we get the opportunity to visit the French restaurant it is revered with beautiful and elegant manners of dining.In France apart from traditional restaurants the fast food restaurants are earning a great revenue. The fast food consumption rates have surprisingly gone up in the last 14 years and due to this reason the burger king which closed in France many years back came back to huge business. Subway has opened a large number of restaurants in the country with extremely good going business.

The USA is the biggest fast foods consumer of the world. One can also notice that most of the Americans are also very fat and unhealthy due to this habit.The USA has thousands of fast foodie restaurants as old as 1950 and Americans love going there.The foodstuff available at these places include a long range of items such as French fries, pizza, wings, ice cream and coffee sandwiches and beverages, and these are the best items that Americans choose when they need to serve untimely guests.Burgers are the favorite item of Americans.This is the reason that the obesity rate in America is alarmingly increasing. MacDonald’s, Subway and Wendy are most liked places to go.