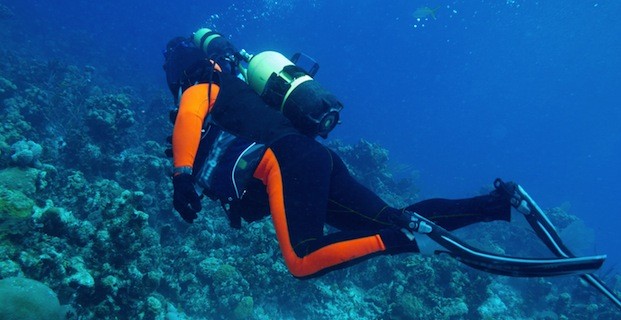 Biscayne National Park Facts. Biscayne is an American National Park and this helps to protect and preserve the Biscayne Bay and of course the offshore barrier reefs also.

The Biscayne National Park is located in South Florida, just south of Miami. Biscayne is an American National Park and this helps to protect and preserve the Biscayne Bay and of course the offshore barrier reefs also. In the entire country of America, some of the best snorkelling and scuba diving can be found here and almost 95% of the entire park is water!

A large extensive mangrove forest is the location of the shore of the Bay also. There are almost 172, 971 acres of land which make up the park. This can include Elliott Key which is the biggest island of Florida Keys also. At first, this was formed from a fossilized coral reef; and all of the islands which are north of the Biscayne National Park are transitional islands. This means that they are made up of sand and coral also.

There are 4 ecosystems within the park and these are all protected in the Biscayne National Park also. They are the Shallow Waters of Biscayne Bay, the Shoreline Mangrove Swamp; the offshore Florida Reef and the Coral Limestone Keys also. These are all very delicate ecosystems of the park and they are considered to be shoreline swamps of the mainland and islands also. They will help to provide a nursery for juvenile fish, crustaceans, molluscs and larval also.

The Bay waters does offer a home place for adult fish and some immature fish also; there are also soft corals, sea grass beds and sponges and at times are can be manatees found in the bay waters also. Though, the keys in the Biscayne Park are going to be covered in tropical vegetation; there are also the endangered palms and cacti that are found in the area. Though the beaches are going to be able to provide a great area for nesting grounds for all of the sea turtles which are endangered. The waters and the off shore reefs are going to be the home place of over 200 species of pelagic birds, fish, hard corals and whales. There are at least 16 endangered species including the Small tooth sawfish, the Schaus swallow tail butterfly, the hawksbill turtles as well as the green sea turtles. There are also the manatees found in the park also. However, there is a very small population of American Alligators and American Crocodile; these groups are threatened species however.

It is said that more than 10 000 years ago was when the first people came to Biscayne Bay. The region was inhabited by the Glades culture before the bay was filled by rising sea levels. For a good 4000 years before the 16th century, the islands and the shoreline was occupied by the Tequesta people. This was before the Spanish took control of Florida into their possession; but a lot of the reefs claimed many Spanish ships until the 20th century.

There are at least 40 different wrecks that were documented that occurred in the Biscayne National Park area; however, there might have been more wrecks that went undocumented throughout the years also. It was very difficult to have a sustained agricultural because of the rock soil and hurricanes which occurred in the region during the 19th and 20th century periods. The islands were farmed but it was very difficult to rely on this as a stable income as the land was ravaged by the hurricanes.

Though, during the 20th century, the islands were secluded regions and they become a great destination for the rich and famous locals of Miami. Many Miami locals built second homes and beach properties here in the islands as well as little social clubs and amusement centres for all.

One of the most elaborate private retreats was the Boca Chita Key which had a mock lighthouse. There was also the Cocolobo Cay Club which has been owned numerous times by the Miami developer Carl G Fisher. The club was also owned by Bebe Reboxo, who was a friend of President Richard Nixon as well as the yachtsman Garfield Wood. Four of the Presidents of the U.S. visited the islands and the community of Stiltsville was created during the 1930s.

This occurred on the shores of the north part of Biscayne Bay; this was because of the amazing remoteness of the area to help promote alcohol and gambling during the Prohibition era. Though during 1959, Elliot Key was actually used for a training facility for those who were infiltrating Cuba – at the time, under Fidel Castro. Elliot Key was used by the CIA of America and even by some exile groups that came from Cuba. There were many plans to help build a deep water sea port; this was for bulk cargo and that there would be a petrochemical facility as well as a refinery being created also. These were to be on the mainland of the Biscayne Bay.

Throughout the 60’s and 70’s, there were 2 nuclear power plants created as well as 2 fossil fuelled power plants created on the shores of Biscayne. There was a huge backlash against this development; which in 1968, lead to the creation of the Biscayne National Monument.

During the 1980’s, the area was preserved and expanded and then it became the Biscayne National Park. The park is used mostly by boaters but the only part of the park which isn’t reached by boats is the visitor centre which is found on the mainland.

The park is one of the best areas to visit. Its special and the scenery are beautiful.