The Badlands Park is located in South Dakota and is considered to be a National Park. There are over two hundred thousand acres of protected land within the park which consists of spires, a grass prairie, eroded buttes, and pinnacles. The largest undisturbed grass prairie is located here and the National Park Service manages the entire park.

There is a second area called the Stronghold Unit – this is an area which is managed with the National Park Service as well as with the Oglala Lakota tribe. In this area, there is an 1890’s site Ghost Dances which is a former gunnery range and bomb range for the US Air Force. The Red Shirt Table is at the highest point of the park at over 1000 meters. 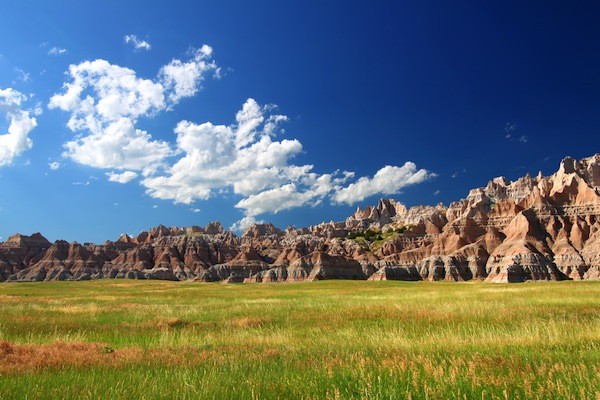 The History of Badlands National Park

Native Americans for almost eleven thousand years were seen in the national park. They mostly used the area as hunting grounds; and many of the Native Americans who lived in the park, still has descendants there throughout North Dakota today. They are the Three Affiliated Tribes which play a huge part throughout the State.

The White River Badlands is certainly a unique and amazing area and the history is very rich also. This area has become a huge paleontological site as there are so many different artefacts that can still be found here and it’s still an area which is being explored. There were many fossilised bones, shells from turtles and seashells found in the area.

Researchers exploring the site believed the area had been under water and it was; and the many bones that were found were that of creatures which are extinct. The exploration of the area began during the 1840’s and over the years, traders and trappers went to the area also. There were many fossils which were found in the area and collected and many were loved because there are so many different animals to find including a fossilized jaw fragment. This fossil was collected by Alexander Culbertson who was a member of the American Fur Company.

In 1846, this fossil jaw fragment was taken to Dr. Hiram A Prout – a leading physician – who wrote and published a paper; apparently he claimed the jaw fragment came from a Paleotherium which was published in the American Journal of Science. However, this helped to bring more and more people to the Badlands and it soon became a huge fossil hunting ground. Within a short space of time, there were dozens of fossils found throughout the White River Badlands.

From 1849 through to 1854, Dr. Joseph Leidy published numerous papers about the many and different North American fossils found. There are more than 84 distinct species which were discovered in the area. Almost 77 of the species found were from the White River Badlands and it helped to create a bigger storm over the area and it became an interesting area to explore.

Over the years, professors visited the area in order to find a better method of extracting the fossils and keeping them intact during the entire process. Since 1899, almost every year, the South Dakota Schools of Mines have sent the best researchers to the White River Badlands to work in the area and find fossils. Since then, there have been many fossils found and it has proven to provide a glimpse of the life found there from millions of years ago. 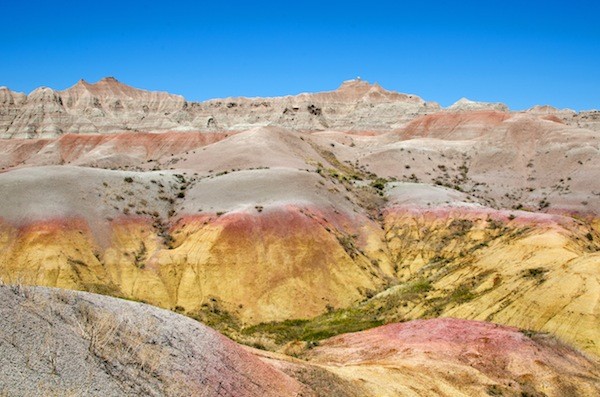 The Homestead of Badlands

Before the American Civil War, the American homestead formed. For many years there were only a few people heading to the area, however, when the 20th century rolled around, things changed. There were more and more people travelling to the area, many farmers came from Europe and the eastern part of America to try to create a living from the area. Almost 65ha. of land was taken for each homestead and there were hundreds of farmers who moved to this land. However, this wasn’t big enough pieces of land to offer a family to get enough support to feed the family.

It was in 1916 when the area of land for each homestead was increase to around 260 hectares of land. This was a much improved size and this offered a chance for crops to grow and cattle to graze through the land. For most settlers however, they found a lot of trouble during the 1930’s because there were grasshoppers and all sorts of events happening that it caused the settlers to move.

All of the homes were left abandoned by the settlers. However, not all settlers left the area; some actually remained and even today, there are still people who live there and who raise wheat and ranch.

The Pine Ridge Indian Reservation was taken over by the US Army Air Force; this was due to the war that broke out and almost 340,000 acres of land was taken from the reservation. The area was used for gunnery ranges from 1942 all the way through to 1945; and even after the war, the bombing range was used by the South Dakota National Guard as an artillery range.

A lot of the land was turned over to the National Park Service in 1968 because it was no longer used. The Park is beautiful and mysterious.