The Great Smoky Mountains National Park is a UNESCO world heritage Site as well as a national park of the United States of America. The park can be found just at the ridgeline of the amazing Great Smoky Mountains which are a part of the Blue Ridge Mountains. North Carolina and Tennessee borders run through the centre of the park and it is one of the most popular and most visited National Parks throughout America today.

In 1934, the U.S. Congress was chartered; and in 1940, President Franklin D. Roosevelt dedicated the park also. The land covers almost 522,420 acres which is a huge area to cover; and it is one of the biggest and most protected areas throughout the Eastern part of America. For visitors trying to get to the park, they will need to take highway 441 at Gatlinburg, Tennessee and Cherokee in North Carolina. Federal funds helped to pay for the park which is the first national park to do so. All other parks were not given money by the government but rather private or state funds.

History of the Park

The Cherokees used to live in the Great Smoky Mountains before the European settlers appeared. The region was solely the home of the Cherokees but during the 18th and the 19th centuries, the land became populated with settlers. Most of the settlers were able to live off the land and create a good home for them throughout the entire year.

All of the Native Indian tribes were removed forcefully in 1830 because of the President – Andrew Jackson. He was the one who signed the Indian Removal Act which started the forceful removal of all Indian’s and they were moved east of the park. 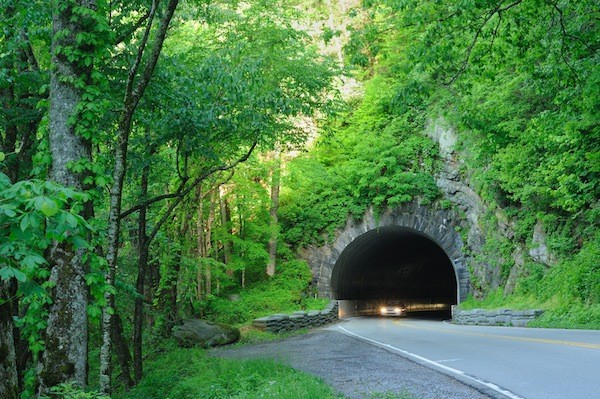 Most of the Cherokee left their homes, however, some didn’t and hide throughout the area in which they were led by the warrior Tsali. Some of the descendants do actually live in the Qualla Boundary today! However, the logging business grew considerably as other settlers appeared on the land. There was also the Little River Railroad constructed in the 19th century which was used to specifically move all of the timber from the remote regions of the park.

However, the cut and run style of the removal of the trees helped to destroy the beauty of the land. This lead to visitors and the locals to raise money for the preservation of the land; and even though the National Park service wanted to take this into their administration, they didn’t have the money to do so.

The land however didn’t have a park around it. Though, the American government offered two million dollars as well as five million coming from J.D. Rockefeller Jr.; and citizens from North Carolina and Tennessee came together to offer funds. Slowly, the park was formed but in doing so, the homesteaders in the mountain ranges were removed – evicted from the land, along with the loggers and miners.

Timber operations and farms were solely stopped in order to create and protect the vast areas of park also. Though the park didn’t become an international Biosphere Reserve until 1976; and it wasn’t until 83 when the park was known as a UNESCO World Heritage Site.

The Various Attractions throughout the Park

The park is certainly one of the biggest tourist attractions in this part of the country and does attract over 10 million visitors each year. However, there is a lot of income from tourism from the surrounding towns of:

Hiking is a very popular activity in the park and there are over 800 miles of trails to take. The Appalachian Trial is certainly one of the most popular trails to take when it comes to hiking. Fishing and sightseeing are both very popular activities in the park also; and horseback riding and cycling are amazing to choose also. Though there are many things that visitors can do when they visit the park.

Famed Areas of the Park with Historical Ties

There are 4 historical districts and 1 archaeological district within the park that the National Park Service is going to be responsible for. They will maintain these 5 areas and there are 9 different historical places that are individual listed on the National Register of Historic Places. 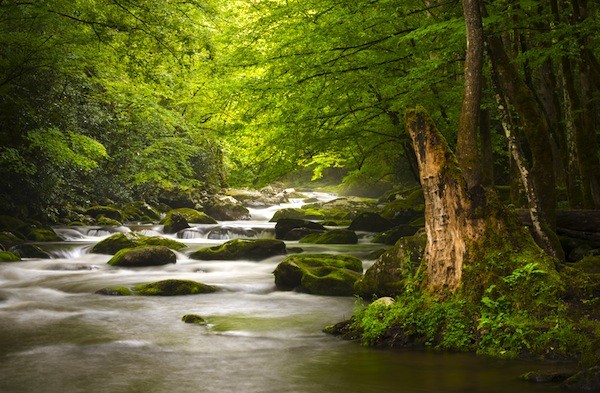 The historical listings are:

The 9 different individual listings are:

The Hall Cabin Which Is Located In Hazel Creek

There are many EV’s found in the park – electric vehicles – this was announced in 2001 and these were offered by the TVA – the Tennessee Valley Authority. This was supposed to be a research project to help evaluate the performance in the mountain range and terrains with these vehicles.

The air pollution in the Great Smoky Mountains National Park is in fact one of the most polluted parks in America.There were almost 150 days which were considered to be unhealthy because of the air pollution found in the air of the park.

This is a new record and it is terrible because it is not expected to be found in a national park but it is. Though, even still this is considered to be a small problem there are many visitors that come to the park every year. It is a great park and one of the best in America today; and it does seem that everyone is doing all they can to try to preserve the park and land.