The Katmai National Park and Preserve is going to cover more than 4 million acres of land – 4,093,077 acres to be exact. Most of the Katmai National Park is designated to be a wilderness area. This covers almost 3 and half million acres of the park; it is just under the half mark but most of the area is a wilderness area because it is a very delicate piece of land.

The Katmai National Park is named after Mount Katmai which is of course the main attraction of the park as it’s a beautiful volcano to admire. Found on the Alaska Peninsula, the Katmai Park is just a short distance from Kodiak Island with the headquarters of the park found at King Salmon. King Salmon is only 290 miles away from Anchorage and the land was first established as a National Monument in 1918.

The reason why this area was named as a national monument was because of the 1912 volcanic eruption; Novarupta erupted and helped to create the Valley of Ten Thousand Smokes. This is a huge, 40 square mile piece of land which is anything from 100 to 700 feet deep with a pyro-clastic flow. Though, in the park, there are more than 18 volcanoes across the area; and at least 7 of those volcanoes are active and have been since 1900.

For many years however, the park was just a national monument and up until the 1950’s, there were very few who visited the area. The land was also left undeveloped; and the reason why it was designated as a national monument was because of the volcanic history of the land. However, the volcanoes and the land surrounding the park were very popular and admired. There were a lot of sockeye salmon in the area and that the brown bears found in the area also use these as a good food source. 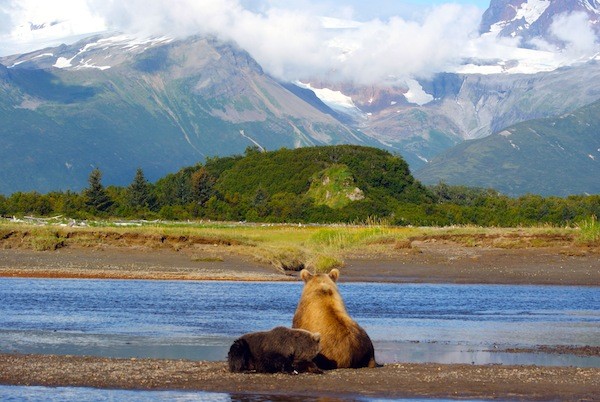 The park sits on the Alaskan Peninsula and the main features are of course its massive coast.  The Aleutian Range is also a very popular feature of the park; this is because there is a chain of 15 volcanic mountains. These volcanoes stretch all across the coastal parts of the park; however, there are also a fantastic amount of lakes which are very large in the park.

King Salmon is the closest town to the park and this is where the headquarters are found also.  This is not very far from the Naknek River – in fact it’s about eight kilometres from the entrance to the park. However, the road is not going to be connected up with the Alaskan road system which can be a little bit of problem at times.

This means that the access to the features inside the park is going to be by boat! This is going to be accessible via Naknek Lake; and there is a lovely road which connects Brooks Camp to the Three Forks – these will overlook the Valley of Ten Thousand Smokes. There is a huge coastline of almost 497 miles long which is amazing and this runs to Kamishak Bay from the entrance of the park. However, it can also connect up with Cape Kubugaki.

A beautiful wild river in the park is the Alagnak River and this is found at Kukaklek Lake inside the park. There is hunting and sports allowed in the park however this must be carried out by local residents.

Activities in the Katmai National Park

There are many different activities in the park today including;

It is thought that there are more than 2,000 bears in the park; however, these are protected bears; and they can usually be found at Brooks Falls. There is a viewing platform which the bears like to spot off at and here is a location in which the bears can be snapped with endless cameras. 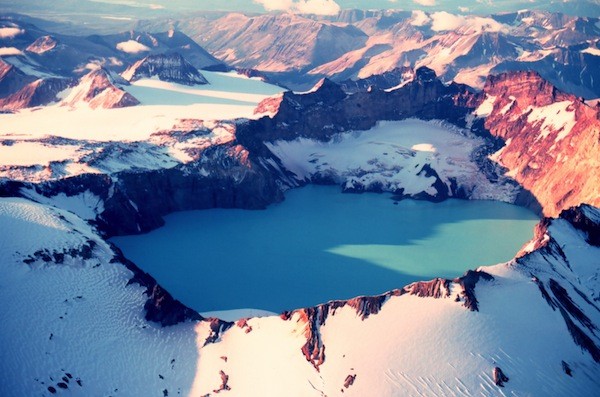 Though, numbers between 40 and 70 bears can usually be found at Brooks Falls; and the salmon does come to the area very early also. A lot of the visitors to the park go to Brooks Camp and it is certainly one of the very best developed areas inside the park today.

However, the rangers at the park are very careful, when it comes to allowing the bears to get a hold of human food. They are also very careful not to come face to face with humans also so that it lowers the risk of the chance of the bears and humans being harmed.

The bears however aren’t afraid of the humans but they are also very uninterested in them also which is very good. This lowers the chance for interaction with the humans and less risk also. This will mean the humans are going to be able to get a little close to the bears; approach them and possibly even photograph them. This is very impressive as it’s impossible to do this in many places around the world.

This is a lovely park to visit that many choose to find out about rich history.