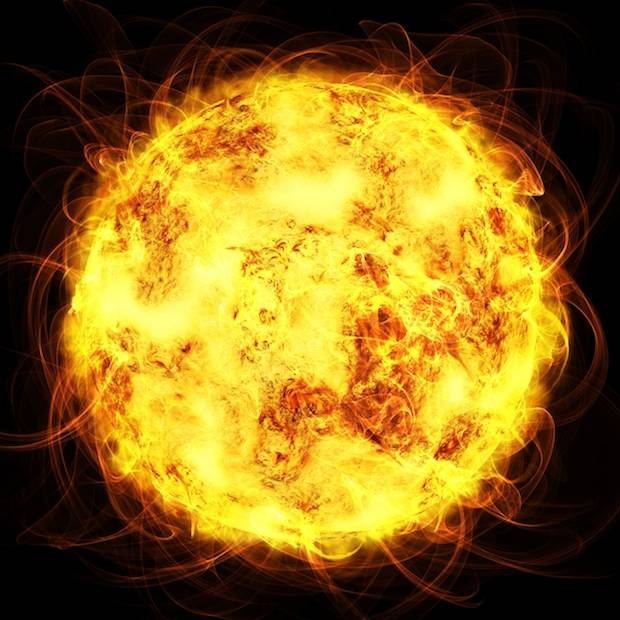 The definition of a solar flare is a very sudden, intense, and fast change in brightness. These explosions or ejections happen at different intensities and frequencies, from several per day to one every week. There are times when the sun gives of very few or low-intensity flares, during its minimum stage of the cycle. The solar flares will gain in intensity until the height of the cycle.

When magnetic energy builds up in the solar atmosphere and needs to be released, a solar flare occurs. In a typical flare, there are three stages:

The stages of solar flares vary in length and there is no reliable way to predict their intensity or duration. Any of these stages can take as little as a few seconds to as much as an hour in length.

Even though solar flares will typically happen on areas of the sun where the magnetic fields are higher, it’s still not entirely clear what causes the flares to happen. Scientists are still unsure as to how the magnetic energy is transformed, or what causes the acceleration of the particles.

How solar flares are detected

Solar flares cannot be seen by the naked eye and this shouldn’t be attempted. Specialized instruments are used to detect the flares. Optical telescopes can be used to see flares. There are also radio telescopes which capture the wavelengths of solar flares. Space telescopes are also used to capture images of flares and transmit the data to earth. While most solar flares go undetected by most people, the stronger flares have been known to knock out communications and electrical systems. Because there is no way to predict solar flares, the greatest danger is to astronauts in space. The radiation from the flares can affect any astronauts outside of their ships much faster and stronger than anyone on earth. The solar flare with the largest concentration of protons (directly measured to date) happened on January 20, 2005. At the time, astronauts had only 15 minutes to get to shelter.

The first solar flare to be observed was also the most powerful flare ever detected. On September 1, 1859, a British astronomer, Richard Carrington and an observer, Richard Hodgson reported the mega flare. In this event, the flare was visible to the naked eye and caused borealis to be seen as far as Hawaii and Cuba. The flare set telegraph wires on fire and left a trace of nitrates and beryllium-10, which can still be measured today in Greenland.

As recently as 2003, the largest modern-time flare was detected and measured. Because it saturated the devices used to detect the intensity of solar flares, it’s possible that the classification of the flare is much higher than recorded. This solar flare enabled astronomers to set the bar higher, knowing that the flares can get that much stronger.