In the American State of Maine, located near the State of New York; is the location of the Acadia National Park. The biggest island is that of Mount Desert Island but there are also a lot of smaller islands in the park. This just sits off the Atlantic coast; however Acadia wasn’t always the name of the park. It was firstly known as the Lafayette National Park back in 1919. It was the oldest park to the east of the Mississippi river; and the park was eventually renamed to the Acadia a decade later in 1929.

However, years ago, Acadia was inhabited by humans. It was John Rockefeller Jr who designed, directed and even financed the work of the carriage trail through the park. He was the man to put up the money to help create the trails so that anyone could enjoy a tour through the park. Rockefeller created the 17 granite bridges, as well as the trails and the two gate lodges – they are all in use today and have been highly maintained also.

In 1947, on the 17th of October, almost 10,000 acres across the park was destroyed by a huge fire that erupted. The fire started at the Crooked Road which is only a few miles away from Hulls Cove. This was a huge forest fire that was started because of the dry weather the area had and it continued all the way through until November, the 14th of the month to be exact. During this time however, the Navy, Army, Coast Guard and local residents were all on hand to help control the blaze; though the National Park Service also helped to control the blaze.

After the fire, there was a huge restoration program set up. Mostly the Rockefeller family helped the restoration program; but most of the regrowth program was natural. Some say that the fire helped to add beauty to the park. However, the fire did help to bring diversity to the population of trees because more were grown since the fire.

Throughout the years however, there have been many different groups of people who wish to restore some of the parts of the park which need care and attention. The Friends of Acadia program was launched in 1986 and this helped to restore the road system throughout the park. Of course many visitors come here every year so good roads and safety are vital. 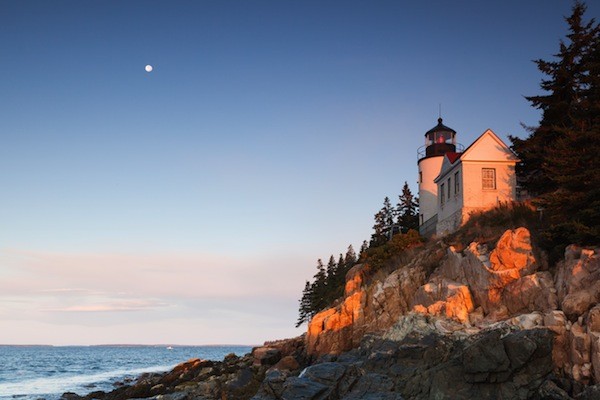 The Terrain of Acadia National Park

The terrains in the national park include things such as oceanic shorelines, lakes, wood lands and mountain ranges. Mount Desert Island isn’t the only island in the park as there is also the Baker Island. There is the Isle au Haut and the Schoodic Peninsula which is located on the mainland of the park. There is almost 47000 acres across the park and the Mount Desert Island is where a large part of the land is found – almost 30,300 acres.

Though, the Cadillac Mountain range is certainly going to be one of the more popular spots of the park. The mountain was named after the explorer Cadillac; and the mountain can be found on the east part of Mount Desert Island. Though a lot of the roads were built; and the mountains throughout Acadia National Park give the chance for those who love to ride a bike or hike, to be able to enjoy the scenery also. There are some spectacular views of the many island lakes, the pine forests and of course the ocean. There are almost two million visitors that come to the park yearly.

Acadia National Park does have many different species of wild life including;

There are however a lot of different types of specify out there also and numerous marine life also.

The explorations and excavations of the Mount Desert Island have shown remains of some native mammals. Things such as the bones of;

-Sea Mink Which Are Extinct

However, beavers were introduced back into the island in 1920. There were two pairs of beavers released back onto the island and have since repopulated the island. Though, in 1947, there was a large fire which destroyed almost half of all of the trees on the island. This did make way for trees such as birch, aspen, maple, alder and a lot of other deciduous trees in the area. This really helped the beaver population to build and become stronger. 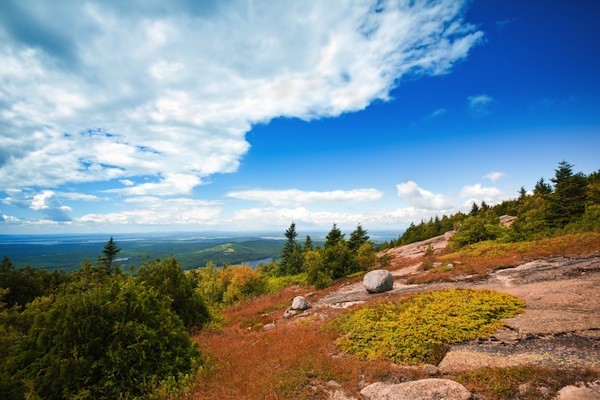 There are many different parts of the Acadia National Park to visit including;

-Visitors Can Sail Along The Coastline

-Climbing To The Summit Of Mount Penobscot

There are so many different attractions to visit while in the park and no matter what sort of day it is, there is going to be something for everyone. This is why the Acadia National Park is a popular choice for many and why more and more visitors flock to the park every year. It is truly a lovely and beautiful area to visit.