The great American National Park, the Canyonlands, is found in Utah near the town of Moab to be exact. This is a very beautiful land area and the American park has some of the most amazing sights and scenery to view also. There is a fabulous, very unique and colourful landscape in the park which is preserved and protected also.

The Canyonlands Park is divided into four sections – four districts really. Each district is very unique in its own way as they all have their very own characteristics and features that allow each of them to stand out dramatically from the others. There is the Needles region, the Island in the Sky region, the Maze region and the Rivers region also. There are two main river canyons in the park and they are also the biggest which are the Green River and the Colorado River also.

Canyonlands are a very popular area and a favourite location for recreational purposes. There are at least 440,000 people who come to the park every year and it is a very popular location to visit also. Though the park is going to be great for many to use when it comes to those who loves to go hiking, or back packing; and it is also great for mountain bikers and four wheel drivers also. There are many amazing trails to use and many of them are going to have a lot of amazing sites to view. 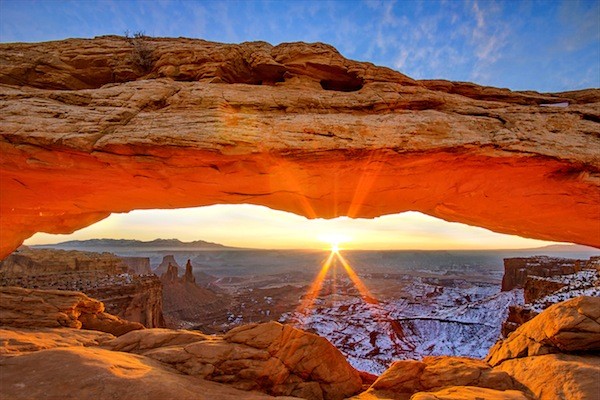 The Colorado River and the Green River are both very popular for kayaking and for rafters to use. Though the Cataract Canyon does offer for great powerful white water rapids and this is a very popular spot to use also. Though, the Island in the Sky district is close to the town of Moab and that brings in most of the visitors in the park today. This is the most visited spot in Canyonlands; and then it is the Needles district and the rivers draw fewer visitors and finally the Maze. The Maze doesn’t bring in many visitors but it’s still a lovely spot to visit.

The two rivers, the Colorado and Green join in the park and this have created the divided within the park. The park is looked over by two co-operating weather stations. This has been in the works since 1965 and both stations work together to help gather all relevant weather news for the visitors. The National Weather Service records all official data about the desert climate; and it has been reported that there are less than ten inches of rainfall throughout the entire year.

One of the wettest years to date in the park, was in 1984. There were at least 14 inches of rain that fell over the park however, over the years, the amount of rain fall has varied. In 1989, there were only 5 inches of rain; this makes it the driest year of the park also. 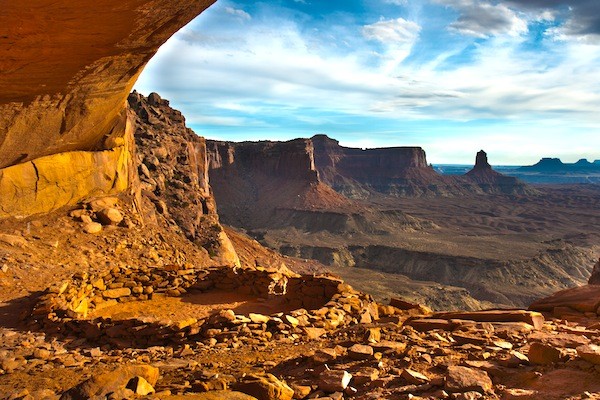 The Paradox formation was created because of erosion and because the seawater trapped in the subsiding basin, causing an uplift mountain range. However, the area did fill with water once again when flooding occurred. However, the formation wasn’t damaged in any way.

Erosion increased as the Colorado River canyon reaches the salt beds and extended over the river canyon also. This helped to form such things as the Grabens though erosion rates have been very slow rates compared to other regions.

Canyonlands national park is certainly going to be one of the very best national parks today. The park is home to many beautiful sights and it is an amazing and lovely place to visit. Visitors are going to come to the park because of the endless scenery and the rich history of the park also. This is a beautiful place and anyone visiting the park would be lucky to do so.