The Dry Tortugas National Park can be found just inside the United States of America – only 68 miles of Florida such as Key West in the Gulf of Mexico. The seven Dry Tortugas Islands and Fort Jefferson is preserved in the park as well as the west and the most isolated parts of the Florida Keys also.

The sea life is certainly one of the most amazing features of the Dry Tortugas National Park. What is more, the park is one of the best places to find amazing colourful coral reefs and tropical bird breeding grounds. However, there are many stories and legends of sunken treasures found from many ship wrecks in the oceans.

There is a lovely and very unique combination of historical artefacts, exotic and large undisturbed tropical ecosystem also. The Dry Tortugas National Park does attract more than eighty thousand visitors each and every year. However, to get to the park, visitors are going to need to use a boat or a seaplane as this is the only accessible way to get to the park.

Some of the activities that can be done inside the park are scuba diving, bird watching, snorkelling, camping, salt water fishing and picnicking also. 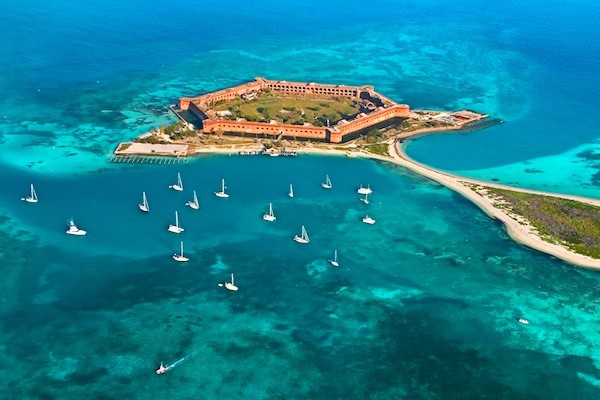 The Geography of the Dry Tortugas National Park

The seven major islands found in the park are:

Though, there might be tropical systems but it is going to be one of the driest regions throughout Florida also. There are more than 49 inches of rain that fall every year and the high temperatures are going to reach 32 degree Celsius. The low temperatures won’t be any less than 19 degrees Celsius also.

Throughout the year, the Dry Tortugas National Park is going to be a fantastic place to visit and the temperatures are going to be fairly good. At times it will be quite warm but it still will be a great place to visit no matter the weather. Of course during the hurricane season, the park is not going to be the best place to visit. The park does offer amazing scenery and opportunities to learn about the history.

The west and north parts of the par, which include the central island groups; are going to be almost 46 square miles of land designated area. This is a natural research area which was formed on the 19th of January in 2007. In this area, it means that there are no boats or vessels allowed to anchor and no fish or marine life can be taken from this area also.

For any fishing vessels which want to moor in the natural area, they must use the mooring docks or buoys which are designated in the area also. Only 54 % of the park is going to be opened for fishing purposes; however many disagree with this.

Many people have hoped to close the entire park region down for those who wish to fish. Many believed that the fish and marine life are being depleted here and are very concerned. Fishing however is a very popular past time for many locals and international visitors coming from abroad also. 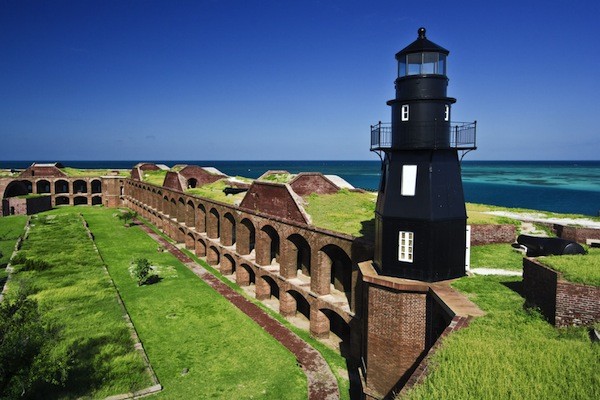 There is a huge 70 mile stretch of Key West in which the park sits in; and to get to the park, visitors are encouraged to use boats. However, using private boats to get to the park can be a little tricky at times because of the distance to the park. Instead, there are many catamaran, seaplanes and ferry crossings which are available to use to get from Key West to the Dry Tortugas National Park.

There are official ferry services to use as well as other transportation services to reach Dry Tortugas National Park. This includes the popular Yankee Freedom III Catamaran which many love to use to reach the park.

There are a lot of features to view in the park and the scenery is amazing also. This has become a famed area and certainly one in which many love to visit. More and more people are going to head to the Dry Tortugas National Park; and the park is certainly an amazing park.

Visitors will also need to note that they will need to bring everything they might need along with them for the visit to the park. There are actually no services available in the park so visitors need to prepare. However, visitors are going to be able to stay overnight in the park as camping is allowed.