With the World's Most Active Volcanoes

First established in 1916, the Hawaii national park is an American national park. This is found on the island of Hawaii in the state of Hawaii also; and it is the home to two active volcanoes including the Mauna Loa and the Kilauea volcanoes also. Kilauea is a very active volcano, one of the world’s most active ones and Mauna Loa is the biggest volcano in the world also.

The Hawaii Volcanoes national park is certainly going to be a fantastic gateway for many scientists and history buffs to find out about the history and the birth of the Hawaii Islands. Many use the park as a good study ground to find out about the volcanoes and the volcanic activity of the worlds active and biggest volcanoes also. The endless visitors are going to be able to admire the amazing volcanic landscapes as well as flora and fauna.

The park does have some amazing natural views to admire and it was named an International Biosphere Reserve also. This was done in 1980 and 7 years later, in 1987, the national park was made a World Heritage Site. The park covers almost 323, 000 acres of land; and there are more than half of the actual park that has been designated a Hawaii Volcanoes Wilderness area.

However, the park does offer some amazing camping and hiking options for those who really want to try these out. Though, there is such a diverse environment in the park; this starts from the sea level and reaches to the highest volcano on earth – Mauna Loa which stands at 13,677 feet high! There is a range of climates also, from the lush tropics rain forests, the amazing arid and of course the barren Ka’u Desert.

Since the 2 volcanoes are active, there are active sites around the island also; the main eruption site is the caldera of Kilauea. There is also the Pu’u’O’o vent but this vent can be remote so this isn’t a worrying eruption site unlike Kilauea vent. One of the main entrances to the park is the Hawaii Belt Road and there is also the Chain of Craters Road; and this road will lead past many craters which have occurred from historic eruptions. Kalapana town is mostly covered by lava flow. 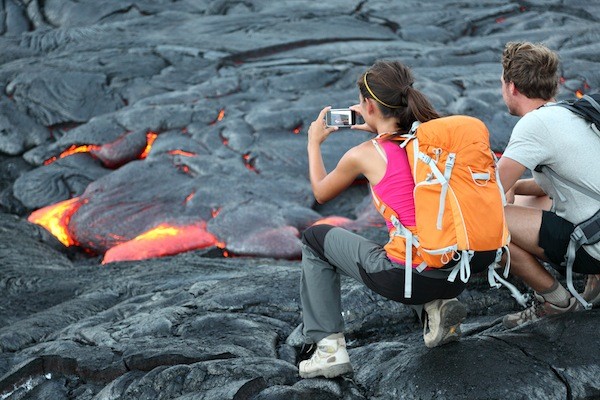 Many years ago, it was thought that the goddess Pele, which is the goddess for volcanoes, lived in the Kilauea region volcano. It was thought that the local villagers of Hawaii visited the crater in order to give gifts to Pele the goddess. However in 1790, there was a party who went to the area; there were mostly warriors but a few women and children also went to the area. The group was caught up in a very violent eruption; this was very unusual at the time and many of the group was killed. Those who survived left footprints in the lava which still can be seen today; and it is a very popular site for many visitors to view.

William Ellis was the first western visitor to head to the site, he was British and he was accompanied by the American, Asa Thurston. They went to the area in 1823 and William Ellis spoke of how amazing and spectacular the land was to see. He wrote very highly of the volcanoes and since 1840, the volcanoes have both become a major tourist attraction.

At the rim of the volcanoes, hotels were run by George Lycurgus and Benjamin Pitman; and Volcano House remains the only restaurant and hotel located at the park, within the borders of the park also. In 2010 in the month of January, the hotel was closed. This was for renovations that were scheduled to be done at the hotel.

After Lorrin A Thurston (the grandson of missionary Asa Thurston) invested in the hotel from 1891 through to 1904, and was the driving force behind getting the park established as a national park. He owned the Honolulu Newspaper and printed articles about having a park established. Then in 1907, fifty members of Congress were paid to visit Kilauea; the visit included their wives and it included a dinner that was cooked over lava steam vents. However, it wasn’t until 1916 when President Woodrow Wilson on the 1st of August signed a bill that finally passed to help create the park.

At the time, Hawaii Volcanoes become the 11th National Park in America. It was the first park to be in a Territory area also. Only weeks later was the National Park Service created and they were going to run the services required in the park also.

Historical Places and Attractions to Visit 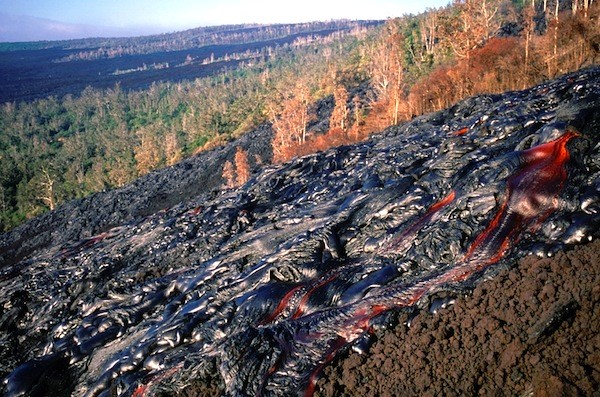 There are many amazing attractions to visit including the visitor centre. There is also the main visitor centre which offers a lot of information about the park and the endless features in the park also. The Volcano Art Centre is a great location to visit which is found in the original Volcano House hotel of 1877 and the art centre is on the National Register of Historic Places.

There is also the great Thomas A Jagger Museum which is found just west of Crater Rim Drive; and offers a great up close view of the active vent on Kilauea of Halema’uma’u. Though the American military personnel uses the Kilauea Military Camp for accommodations also.

There was a very small explosion in the crater of Halema’uma’u; and this was on the 19th of March in 2008. This was the first eruption since 1924; and the debris covered a huge area of almost 74 acres. A very small amount of ash was seen at a local community. However, there was no lava flow from this explosion. The Hawaii Volcanoes National Park is an unpredictable destination to visit.