The Kenai Fjords National Park is found in Alaska and it’s an American National Park. This was first established in 1980 through the Alaska National Interest Lands Conservation Act. The park is going to cover a massive area of 669,984 acres and it can be found on the Kenai Peninsula. This is in the south of Alaska and can be found near the amazing town of Seward.

The Harding Ice Field is one of the biggest ice fields found in America; and there are many fjords found in the park. This is how the park is named and the fjords are carved from the glaciers in the mountains. The ice field is going to be a huge area and probably one of the biggest in America; and there are almost 38 different glaciers in the ice fields alone.

Originally, it was in 1978 on the 1st of December when the Kenai Fjords National Monument was designated by the American President Jimmy Carter. He designated the park via the Antiquities Act. The park has been created in order to protect the ice fields that are found in the park; this is a very narrow field of land which is found between the sea and the mountains as well as the indented coastline.

There is a huge array of marine life and mammals to find in the park; and many of them are amazing to see in their natural habitats also. 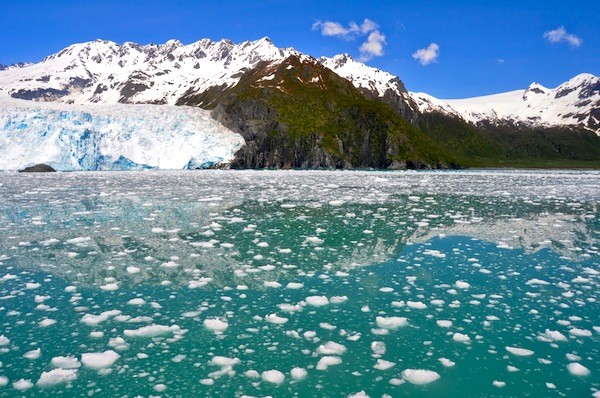 There weren’t in fact many permanent residents living at and around the park. It is thought that there was long term use of the area because of new evidence found. However, it is thought that a lot of the sites that were rich in history for archaeological studies are now under water because of the rising water levels.

There was evidence to show that there was an earthquake that hit the area in 1170 AD and that the shoreline was greatly lowered. This reduced it to about 1.8 meters and there were many gold mines that were found within the park. Most of the gold mining activities were done in Nuka Bay; and some of the mining sites were active until 1980.

Most cruise ships will come into and out of the park from Seward; cruises such as the Royal Caribbean International, the Celebrity Cruises and Holland American Line has been using this. However, there are a lot of other cruise liners that have been using the port. There are more than 68,000 passengers that are thought to come here in one year but there are many more that will visit.

This is a great location to visit and there are many amazing public cabins and shelters to use. These can be found in the coastal areas which can be found at the edge of the Harding Ice field. There is however a great co operative relationship with the park and the Alaska Sea Life Centre.

There are many different mammals that can be found in the park today, these can include;

Since there are harsher conditions found in the park, it does mean that the tree lines are limited. In this case, it means that the park does have an alpine ecosystem. The tree lines are going to range from 750 feet to 1000 feet.

When the oil tanker, the Exxon Valdez, grounded in 1989 on the 24th of March; it caused a huge contamination of the coastline of Kenai Fjords. The National Park Service established an oil containment line across the salmon streams; this was completed by April and the head lands were the most affected in the lands also. 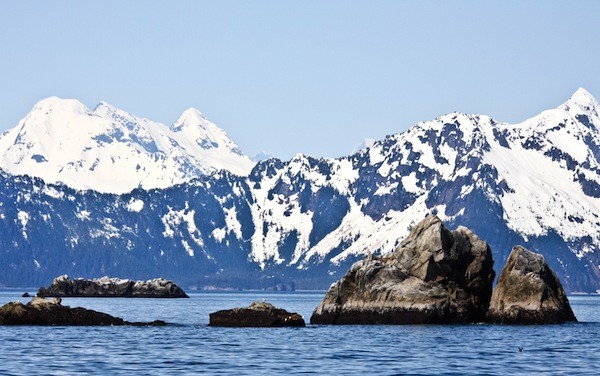 The rocks and mountains of Alaska's Kenai Fjords National Park

The cleanup of the spillage was a very difficult and long drawn out process. The oil soon became very much so like tar, a tarry substance which was almost impossible to be skimmed. In fact, the spillage was impossible to skim; and the water had to be instead dredged. Work had to spot during September and didn’t resume until the next year.

This work had to continue all the way up to the year of 1991. This is the year when Exxon came together with the Alaskan government to settle and almost $870 million was given by the company and put into a restoration fund.

However with the oil spill, the archeological sites were also affected by this; however this did lead to the discovery of a new beach. This beach was found near MacArthur Pass; it was found during the cleanup and it was the only good thing to come from this oil spillage. This showed that there were native people who used the area long term. It was very difficult to try to clean up the area without disturbing things.

Overall though, the park is now a great and beautiful place to explore. This is going to be a fantastic area to visit when it comes to seeing many amazing sites and it will certainly become an area in which is loved and adorned.