The Longest Cave System Known in the World.

The official name is the Mammoth Flint Ridge Cave System for the park; this is because of the ride which is under the formed cave. However, the park is such a beautiful park to visit whether someone wishes to find out all of the information about the cave system or just enjoy the beauty of the caves also.

In 1941 on the 1st of July, the establishment of the park was first completed. It wasn’t until 1981 when the Mammoth Cave National Park becomes a World Heritage Site; this was on the 27th of October. In 1990 on the 26th of September, the park became an international Biosphere Reserve also.

Mammoth Cave National Park covers more than 52,800 acres – 52,830 acres to be exact; and the park can be found in Edmonson County within the State of Kentucky. There are smaller areas which lead east towards Barren County and Hart County of Kentucky also; and it is found centre at the Green River.

The Nolin River feeds into the park’s Green River also; and there are more than 400 miles of passageways to the amazing cave system also. This does help to make it the world’s biggest known cave system; this is more than twice the size of the Jewel Cave in South Dakota which is the second longest cave system. The Jewel Cave in South Dakota has 157 miles of passageways in the cave; at least, that is what is known for sure. 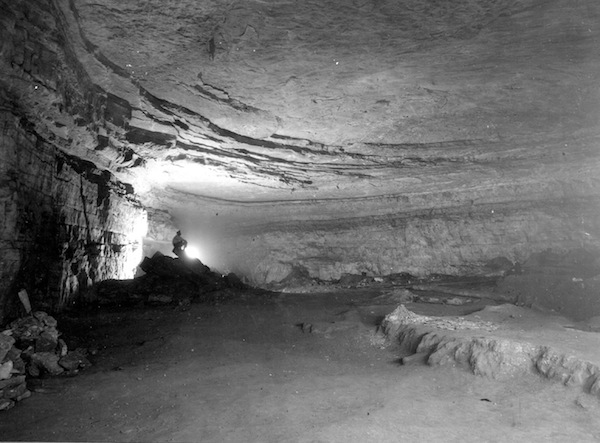 The Mammoth Cave was developed by the limestone which is capped off with a layer of sandstone. This helps to ensure the cave system is incredibly strong and stable also; and there are more than 390 miles of passageway in the system also. However, each and every year so far, there have been newer discoveries and connections which always add more miles to the cave system. This is truly incredible because it could mean that there are more passageways in the cave system that are yet to be discovered so whoever know where this cave system might stop!

The Mammoth Cave National Park was first established in order to help preserve the cave system which could have been at risk if it was not protected and preserved over the years. Big Clifty Sandstone is the known name of the upper sandstone used in the cave system; these are very thin layers of limestone which are found in the sand stone. These form an epikarstic zone; these are not big enough conduits to allow the caves passages to enter.

There is a rather large sinkhole which has been formed at the bottom of one of the valleys – this is near the south region of the park. The park service’s call this the Cedar Sink and there is a small river that enters one of the sides of the sinkhole and disappears underground again at the other side.

This is a spectacular achievement because not many people can actually explore this area out. There is a lot of mystery surrounding the sinkhole and even the cave and its system. Many believe that there are many more passageways which haven’t been discovered yet. It could be possible and it will be something that more and more are keen to learn about because the caves could be in fact incredibly long!

However, the Mammoth Cave National Park is also the home place of the very much endangered albino shrimp. This is t Kentucky Cave Shrimp; is creature has not been seen for some time, though it is very hard to spot at times. 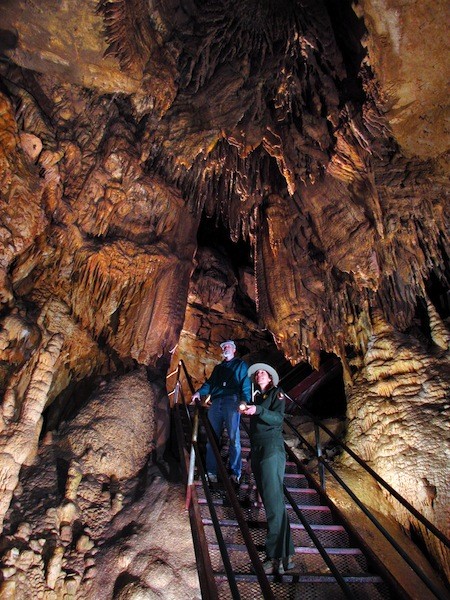 These amazing features can be seen on the lighted tours. These tours can range from one hour all the way to six hour long tours! This is a huge amount of information to find out in this time; and there are 2 tours which are only going to be lightened up on the trail with the paraffin lamps which are carried by the visitors also! These are certainly going to offer more.

These lamps will help to give an authentic feel to the tour and it is much better than electronic lighting also! Though there are also some amazing so called wild tours which lead away from the more developed parts of the cave. Instead the tours head to the very muddy and dusty tunnel ways which are very fun to use!

There is a lot of different information given out on each tour so to learn all information, it might be best for visitors to take several tours to learn about the caves and the different faces of the cave also. It will be very fun to learn about the prehistory of the caves as well as the history of the years within the cave also. The tours are given by the National Park Service cave guides.

One of the most famous attractions of the caves is the Echo River Tour; and this is when the visitors are taken on a boat trip. The trip goes all the way along a huge underground river system which is truly amazing. During the 1990’s the Echo River tours were stopped because of the environmental reasons.