The Olympic National Park is located in the American State of Washington and is an American National Park also. The Olympic park has four regions including the Alpine areas, the Pacific Coastline, the forests of the drier east side and the west side temperate rainforest also. President Franklin Roosevelt made the Olympic a national park in 1938, on the 29th of June.

The Park became an International Biosphere Reserve in 1976; and five years later in 1981, the Olympic National Park became a World Heritage Site. The park has a large coastal area; and it is a beautiful sight however as it’s very rugged with an amazing sandy beach. It is a massive sixty meters in length but only a small width. There are two rivers, the Hoh River and the Quileute River.

The Olympic Mountains are a very special part of the park however. The glaciers are many years old and they are just a beautiful range to visit; and Mount Olympus is the peak of the mountain range also. The Olympic park does also have rain forest – two be exact – those are the Quinault Rain forest and the Hoh Rain forest.

Native Americans did live on the peninsula. There was a good offer of hunting and fishing for the people living there and there are many artefacts that can be found to support this theory. However, there have been many expeditions of the National park and the explorers – Joseph O’Neil and James Wickersham back in 1890’s, found out more about the wild life and wilderness also. Throughout the years, there have been more and more information being known about the national park. 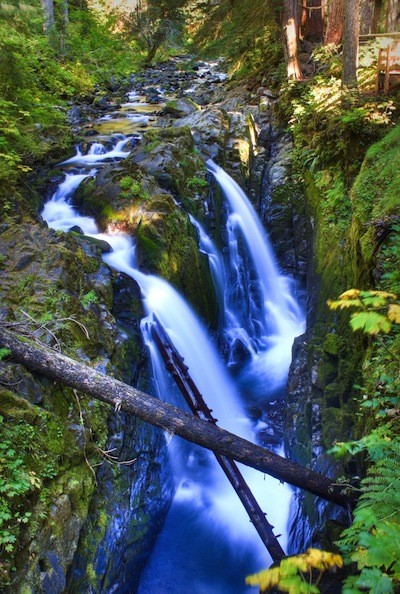 There are a lot of different roads; however, many of them do not go too far into the park. There is a huge network of hiking trails; though, the sheer size of the park and because of the park is very remote, it can take days, sometimes 5-7 days to actually reach higher parts of the park. The rain forest can be difficult to manoeuvre through however because it is a lush of greenery and plants as far as the eye could see. During the summer and early the park goes through dry spells.

During the colder months of the year, many look to the Hurricane Ridge which is a visitor centre; however this is a great spot to visit when it comes to Nordic skiing. There are options to go snowboarding also for any professional or amateur. This isn’t a profit skiing facility however even though they offer ski rentals, lessons and even lift tickets which are very cheap also. This is a very popular spot for tourists to stop in at.

There is also a small alpine area; however this is going to have a lift and rope tows. Many professional skiers love to ski down the Hurricane Ridge Road; and many love the hike to the top of the Ridge as the sights from the top can be very breathtaking. On occasion, rafting opportunities can be given also for rafting on the Hoh or Elwha Rivers.

Sometimes, in July snow can be found lying on the road but it is because the ridge is almost 700 feet in elevation so it is a great distance. Also, there are dirt trails to use for the visitors and the difficulty levels are going to vary as well as the lengths of the trails. Picnic areas are however, open in the summer only but they do have wear access, paved access and there are restrooms should anyone need to use them.

There are going to be many uses for the Hurricane Ridge including being an information desk and restrooms. However, there is also a gift shop to stop in at and buy one or two little gifts and there is a snack bar also. The visitors centre is opened all year round and even during the winter months, the visitor centre receives many visitors. 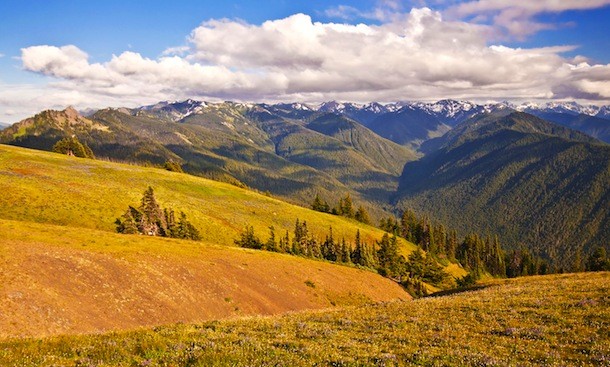 The restoration project has been set up in order to protect and restore the animal wildlife and forest life. It is considered to be the second biggest ecosystem restoration project in America. The Everglades is the first for the National Park service; however, the Elwha project is going to require the removal of almost sixty four meters of the Glines Canyon Dam as well as to drain the reservoir. There is almost thirty three meters of Lake Mills to be removed as well as Lake Aldwell reservoir and the Elwha Dam; these will need to be removed from the Elwha River.

Once all of the dams have been removed, it will mean that the river bottoms and slopes will be re-vegetated. This is very important to do and it does mean that the slopes will need to be erosion free and by removing some of the dams, it will prevent erosion. It will also help to correct the problems with the ecosystem and speed up the recovery of the plants and green life returning to the land.