A great place for camping

The Rocky Mountain National Park is found in Colorado. There are many beautiful views of the mountains as well as a huge variety of plant life and wild life to view also. The wooded forests are beautiful as well as the mountain Tundra also; there are endless back country trails and campsites to visit. The National Park is located in the Rockies near Boulder in the State of Colorado.

There are five different visitor centres in the Park including the Beaver Meadows Visitor Centre. This is a nation historical landmark; and the landmark was designed by the Frank Lloyd Wright School of architecture. There are three main roads in which visitors can get to the park; these including Highway 7, this provides access to the Lily Lake Visitor centre – however this is closed. There is also the highways 34, 36 and highway 7 which offer access to the park also.

There have been some evidence to show that Native Americans actually been seen in and around the park in the last ten thousand years or so. However, it is not well known whether or not their influence over the region was limited. There were an expedition of the National Park which was led by Stephen Long, in 1820 but the party never got to the mountains. However Longs Peak was named after the party leader, Stephen Long.

During a hunting expedition of the park in 1859, the meadows were discovered by Joel Estes and his son, this lead to the naming of Estes Park. The Estes family moved to that area of the park during 1860 and raised cattle on the meadows also. However, the family was forced out of the area in 1866 because of the winters which were very long and very harsh for them. 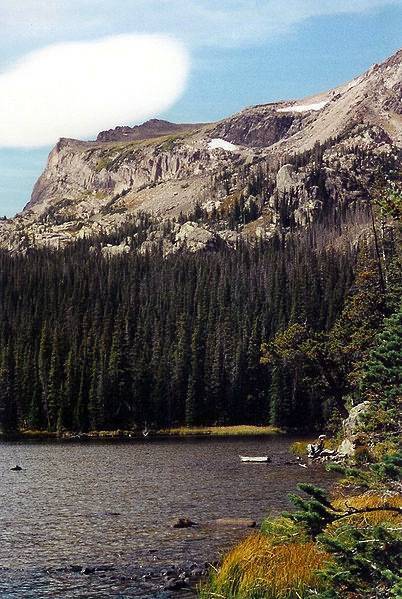 Though over time, there were more settlers coming to the area and staked claims to the region of Estes Park. Many who loved climbing showed up and climbed the mountains. In the 1880’s, there was a mining rush, small albeit but a mining rush. This started in the Never Summer Mountains and Lulu City which is a mining town, became a fast established city which brought in a lot of people to the area. This was helped with the media presence in the area.

However, in the mining town, there was ore found but the ore wasn’t of the best quality. It was low grade quality which didn’t bring in any money and in 1883 the entire mining town went bust. This led most of the residents in the area to move from the sight and one town, Dutchtown was abandoned in 84.

During the 1920’s however, there was a huge boom in lodgings being build and new roads being constructed across the park. This led to the Trail Ridge Road being created.

In 2010, on the 24th of June, a huge wild fire burned almost 1500 acres of land throughout the park. The fire burned a lot of the area in Larimer County found near the Estes Park; it was thought that lightning caused the fire.

What Visitors Can Do Whilst In the Park?

There are many things to do whilst visiting the park; and for many visitors, they like to take a park drive to the ever famous Trail Ridge Road. This is a popular spot but there are many other drives to take including the Cub Lake Road and the Fall River Road. However, many visitors can also back pack or hike. This is a very popular past time for many and love to hike and back pack through the many networks of trails and back country.

There is a vast network of almost 360 miles of trails to navigate through; and some of the trails can be very tough and some can be easy. Whatever the capabilities are of the hiker, they will find it in the Park. Most of the routes that hikers take are actually off trail and can be taken at almost any time.

However horseback riding is almost a popular past time for visitors. Anyone who wishes to go horseback riding will be able to take most of the trails, however there are one or two trails which are closed for horse riders; this is due to the llamas found on these trails and the trails are less exposed to erosion. Though, mountaineering and rock climbing has become a very popular pastime over the last few years. 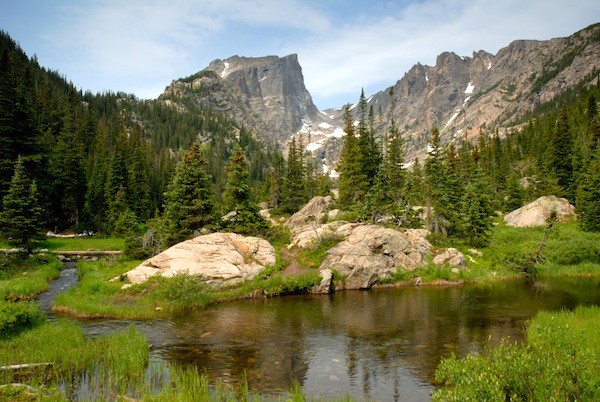 There are many famous rock climbing areas to visit including the Longs Peak and the Hallett Peak; though there are a few others which are popular to visit. Some of the higher peaks will have ice and rock routes; these can range for different climbers. During the winter time, the trails throughout the park are going to be in fact covered with snow. This posses a great opportunity for those who love to go snow shoeing or cross country skiing as these are some of the most popular activities in the park.

Places of Interest for Visitors

There are of course many beautiful areas in the Rocky Mountain National Park to visit, however, here are just of the most popular spots to visit.