With the largest trees in the world

Sequoia National Park is found in Visalia, in the American State of California. It was first established in 1890, on the 25th of September and the park stretches across a vast length of almost 404,000 acres. It is one of the largest National Parks in American and in fact the world also; though it is world famous for its amazing giant sequoia trees the park has.

This will include the General Sherman tree which is one of the largest trees in America and on Earth also. The Giant Forest is the location in which the Sherman tree grows; and there are also another four of the world’s biggest trees that grow in the forest also.

The park does hold a rather large area of longest mountain range found in America today. This is the Sierra Nevada and this is in fact the tallest mountain range – the Mount Whitney, which is almost 4420 meters above sea level so it’s a large range. However, the canyons and mountains across Sierra Nevada including the park, is going to be created of granitic rocks. This really means there is a combination of monzonite, diorite and granite mixed into the rocks of the mountains.

Most of the caves found in the park are going to be solution caves which are actually dissolved from marble. Marble rocks are lime stone but it has been changed due to the pressure due to formation and the heat also. There are at least 240 known caves in the park but there could be many more; some predict that there are hundreds more out there that have yet to be discovered. 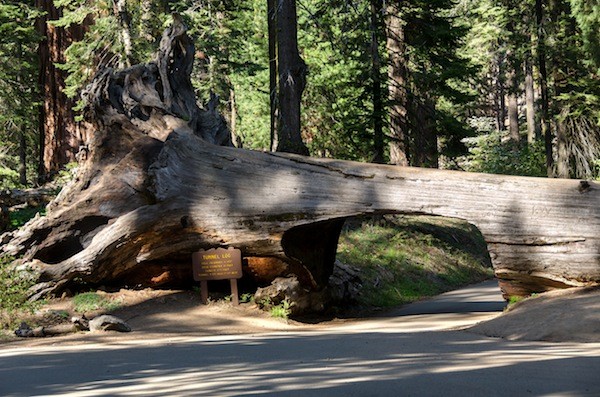 Passage carved into the trunk of a redwood

Lilburn Cave is the longest cave in the park and in California also as this stands at almost 32 kilometers or 20 miles in length. There have also been newly found caves which are not open to the public. The caves are still very much unexplored so these are only open to specialists who will come to study the cave’s geology however there is only one cave open to the public.

Crystal Cave is going to be the only cave available to visit and it is around 5 and a half kilometers in length (3.4 miles). What is more, the Crystal Cave is amazingly preserved even though it receives a huge amount of visitors each year. Though, Crystal Cave has been well known since 1918; as on the 28th of April of the same year, was when the cave was discovered. The only way to get to the cave however, is for the visitors to take the guided tour though it does have a good temperature of around 9 degree Celsius.

New caves in the park are usually found a few times a year. Mostly it’s just one found each year but since 2003, there have been a further 17 new caves found. One of the most recent cave findings was in 2006; in September, the Ursa Minor cave was discovered. Though, each cave is valued in terms of their features, their beauty and endemic cave life also. This is done by scientists and can help to determine whether a cave can be safe to visit or not.

There are many different activities and attractions to choose from when visiting the park including back packing, camping, hiking and fishing. Though, there are also a lot of different attractions to visit while in the park.

The Tunnel Log; this is a great tunnel which leads from a lovely but fallen giant sequoia tree. The tree in which the tunnel goes through is almost 84 meters in length (275 feet) and a massive 6.4 meters in width (21 feet) also. This tree fell in 1937 though it wasn’t cut down or damaged in any way; it was all down to nature. In 1938, a specialized crew cut through the trunk of the tree – almost 2 meters tall and 5 meters in width to create a way through to the road. 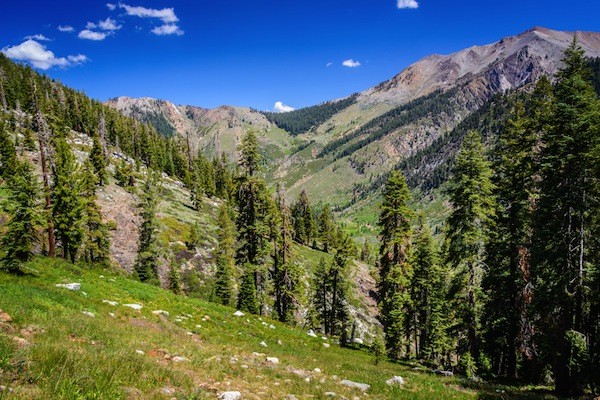 Tokopah Falls; this is a lovely trail which starts near the Marble Fork Bridge, this is next to the campground. This is a short 1.7 miles walk along the Marble Fork but there are some amazing sights of the waterfall and granite cliffs.

Crescent Meadow; this is a very small but beautiful meadow. This is found in the Giant Forest region.

Moro Rock is a great dome found near the centre of the park. It is a granite dome and found right at the heart of Moro Creek; visitors will be able to locate this somewhere between the Crescent Meadow and the Giant Forest.

The Camp Grounds. The camp grounds are a great place to stop in at if visitors wish to stay overnight. There are actually a lot of different grounds to camp out in including the foot hill areas. The three foot hill areas are Buckeye Flat, South Fork and Potwisha; though there are others which include Cold Springs, Atwell Mill, Dorst Creek and Lodge Pole though the amount of these camp sites can vary.