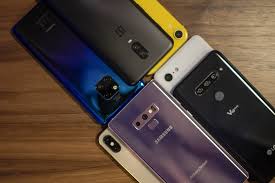 One of the greatest gifts, technology, has given to the humanity is the ultra-smart, smartphone or as formerly known as the cellular mobile phone. Gone are the days, when you used to need several different gadgets to get the hold on your day to day activities, now you have it all right in your hands all the time. It has provided ease of super-fast accessibility and diversity in the applications available.

Whether you need to manage your finances or prepare your budget, mail instantly or connect to the world, all is there. Not only this but every other day, technology takes us all to the new level of new possibilities that we can avail through smartphones. Weather updates, social media notifications, map guides, camera applications, video editors and music applications, there so much more that can’t even be summed up here. Today we will discuss the Top 10 Mobile Companies in the World.

However not every another cell phone provides you the best of what you desire. There are hundreds of companies currently working in the world, earning revenue from the business but only a handful of companies are providing outclass services and products which satisfy some customers from around the world. According to an estimate, each year almost 6 million of new handsets are launched for the public use, but you get to see only certain of them being used by the people around you.

That is because those are the smartphones which provide the great user interface, long lasting battery life, modified ram and efficient processing with latest camera specifications. Now it’s time to find out the leading names in the mobile phone world market.

Micromax is the tenth bigger mobile company out of the top 10 mobile companies in the world. The biggest electronics manufacturing company of India, Micromax has it’s headquartered in Gurgaon, Haryana. Originally it was an IT software company which later turned into the largest mobile selling company of India.  One of its key features are the low-cost handsets which are significantly popular in the all local areas of India. Along with mobile phones, it is also the manufacturer of other electronic devices including Televisions, laptops, and tablets. The company is currently accounting for 1.8 percent shares of the total world’s production of mobile phones.

ZTE has its three primary roots spread into different dimensions; one is working for carrier networks, other in telecommunications and terminals. It is a Chinese multinational firm working to produce telecommunication devices at its best. The sum of it’s 12600 selling units accounts for its 2.7 percent share in the world’s market, making it the 9th largest worldwide and 5th largest in its region.

“The Creative life” perhaps this single slogan explains a lot about this multinational company who have brought revolution in the world of technology through its innovations. It has been producing mobile phones along with many other electronic devices over the years. In the global mobile market, TCL has its 3.1 percent shares which make it the 8th largest name on the list.

Another Chinese electronics company that has made it to the list is Xiaomi. The word Xiomi originated from its Chinese origin meaning Millet technology. Xiomi super-efficient mobile phones with ultra-fast technology are famous worldwide. So much that the Chief Executive Officer of China Lei Jun has become one of the richest persons in China. In 2014, the company did a great business by selling about 60 million or above cellphones worldwide.

Huawei is another good name added to the list. It is an international tech company providing its services in telecommunications and manufacturing such equipment. In 2012 it has also bought Ericsson mobile company as its subsidiary and became one of the biggest manufacturers in the world. Established in 1987, the company has now over more than 170,000 employees working where 76000 are employed entirely for research and development. It accounts for the 4 percent of its shares in the global mobile industry. Huawei P8, Ascend Mate, and Nova are its excessively popular series of cell phones launched so far.

Lenovo Group Ltd is a China based company which has specialized in technological advancements. Its headquarters are situated in the great city of Beijing China and North Carolina, United States of America. In particular, this company has been producing servers, smartphones, personal and tablet computers and other storage devices. This multinational corporate giant is currently operating in 60 different countries. In 2014, Lenovo even bought the famous Motorola leading its share to 4.2 percent out of the world’s total.

LG is placed at 4th number in the list of world Top 10 mobile companies. A South Korean electronics company, LG Electronics Inc., phones have excelled in manufacturing various types of electronic devices which mainly includes MPhones, Home appliance, entertainment devices, and ACs and vehicle parts. Its headquarters are located in Yeouido-dong South Korea. In 2014 the company achieved the global sales of $55.91 billion, regarding mobile production it holds 4.3 percent shares in the global mobile market hence stands 4th in the list. The biggest hit of the year was the launch of LG G5 which is equipped with the most advanced technology and specifications.

As a subsidiary of Microsoft Inc. Microsoft Mobile was established under the ten-year agreement with Nokia to launch series of mobile phones integrated with Microsoft operating system. Microsoft is placed at the third position in the list of Top 10 mobile companies in the world. However, in October 2014, the Lumia series launched with the official logo of Microsoft instead of Nokia. Microsoft is currently accounting for 7.2 percent share in the global market with its 33002 selling products. Hence it was classified as the third most popular mobile phone company in the world.

America’s very own mobile selling company, Apple Inc. Apple is placed at 2nd position in the list of Top 10 mobile companies in the world. It covers a range of products and services which include iPhone smartphones, Mac PC, IPad tablets, iPod portable media player, smartwatches and TV digital media players. Along with other online services and computer software are it provides. Apple was established in 1976 as a manufacturer of personal computers and in2007 the company took a shift towards excelling consumers electronics.

Samsung is the largest international mobile selling company which was established in South Korea and now launched numbers of other affiliated businesses. Samsung was not just a company rather a big conglomerate which has mastered in the electronic industry. It has outreached to the global mobile market in just a few years and now it accounts for the 21.3 percent of the market shares. Recent development in the creative designing and technology introduced in Samsung’s handset has garnered it the title of leading android phone company in the world. One of the biggest edge this company has over others that it manufactures both the low and high-end cellular phones which have given it the reach to millions of customers from different classes. Galaxy Note 7 and Galaxy S7 edge+ are the two significant emblems of company’s accomplishments. 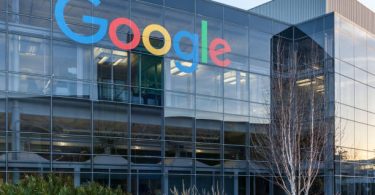 While surfing the internet, Googling almost everything you want to know, from text to pictures, to...