Media is known as the fifth pillar of any state, others being government, military, judiciary, and legislature. Free media represents the power of a state; it allows democracy to prevail and help people to raise their voice at every pedestal. It showcases the true picture of society. It is also a great mean to earn large scale revenue for the state. In this growing age of media literacy, some states have biggest media conglomerates who are controlling the flow of information through all the various forms and means.

It is not a single institution; it has a number of institutes running under one name. It has many fronts in the form of print, electronic, online and broadcast media. Today media has gone so universal that it doesn’t limit itself to any country, various media conglomerates like Time Warner, News Corp, Viacom, Disney, CBS and others are proved to be controlling 90% of the global information, and it has brought about cultural imperialism on a massive scale. The flow is considered to be heading from west to east.

The media industry in any state is said to have two roots which empower the whole Institute of free media; one is the state-owned media and the other includes all the private sector. The biggest share of the revenue comes from the movie industry, companies that are selling their products in other parts of the world have the greater impact worldwide. Down below are the top five states who have well established and ever progressing media industries. These countries have state of the art technologies which have significantly enhanced the overall impact. These countries include United States, Australia, United Kingdom and many other. They are the home grounds where the foundation of modern media was laid down.

The history of Indian media goes back to the 18th century where in 1780 print media started to evolve. However, in 1895, Auguste and Louis Lumiere laid down the foundation of cinema with the moving pictures complication which was first screened in Bombay. In 1972, radio broadcast also found its way. Currently, Indian media industry comprises of most the private sector which is free and independent.

Today India has more than 70,000 newspaper publications and around 690 satellite channels. It is said to have the biggest market for newspaper publication and subscription in the world. Each day more than 100 million copies are being sold. It also has a well-established music industry which also aid the progress of its independent cinema. India media’s did experience a brief lash back during the era of Indira Gandhi because of few government’s retribution, but soon it got free. Today the Freedom House, an American NGO rates Indian media’s to be “partly free.”

Canadian media’s is one of the well-established media in the world. Even though most its products are overshadowed due to American media but still this industry managed to succeed in generating large scale revenue for the country. The entire industry relies on television, newspapers, and magazines to earn its primary profit. Canadian private media is though free, but it’s not completely independent it requires government help and intervention to sustain.

Media organizations make the profit through subscriptions and advertising. The government funded broadcast sector is operated by Societe Radio-Canada, broadcasting its transmission both in English and in French. The government in Canada is playing the great role in empowering media, unlike other countries, on the provincial level they run Educational TV broadcasting service for public like Ontario’s and Tele-Quebec.

Like other states, South Korean media’s is also operated through radio, cinema, television, newspapers, magazines and internet. Modern journalism in Korea evolved in the 19th century right after Korea was opened. Since the very beginning Korean press had a very nationalistic touch, it had also faced great political opposition and censorship during the 20th century but today the scenario is quite on the larger scale.it is currently experiencing relative freedom.

The government has repealed the Basic press law in 1987 whereas television channels and networks started expanding at a rapid rate since 1990. The country successfully introduced the satellite broadcasting system in 2002 which brought a revolution in the media industry with multi-channel commercial television to every other doorstep. List of major newspapers includes Donga Ilbo, Hankook Ilbo, and Chosun Ilbo. MBS, KBS1 and 2 are the biggest nationwide TV channel networks.

Two great names, News Corp and BBC, rang some bells in your mind. Yes! British media happens to be the second most well developed and successful industry in the world. It has few of the oldest channels and networks working in the world. The state-owned public sector covers the major part of the industry. London is the hub of all the national television networks. It also has it cinema industry which well grown and generates quite a revenue. The music industry of the states sells hundreds of sound records worth millions each year.

Conglomerates from American media are the major media’s stakeholders and global players who are generating revenues from many parts of the world. It consists of several different types, well-grown cinema, television, newspapers, magazines and online media. It has one of the greatest music industry. Much its media’s organizations are working to earn great profits through large scale advertising and different subscriptions.

American media has many media’s conglomerates, who are playing the role of media mergers, Disney, Time Warner in particular. In fact, all the big six companies are from the United States of America, contributing their part to strengthen the American media industry. As media concentration has reaped better growth of the industry on the other hand, consequently it triggered localism at the community level which has greatly affected the diversity of media ownership. 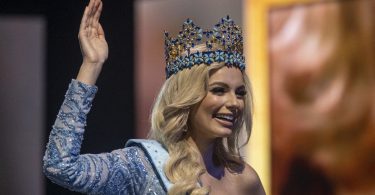 You might have browsed the internet or switched on your television to see an award being given to...

Hollywood has always been brewing great actors and polished amazing talents for years. Now the...

“Music is a piece of art that goes in the ears and straight to the heart.” Those words truly...