The Yellowstone National Park has fast become a worldwide known name. In 1872, the American President, Ulysses S. Grant passed a law that stated Yellowstone was to become the first national park in America and in fact the world. It can be found mostly in the State of Wyoming; however, the park actually extends through into Idaho and even Montana so you may be able to understand how large this national park really is.

Yellowstone National Park is known for its vast wildlife as well as the many amazing features it has including the Old Faithful Geyser; this has fast become a popular feature for many. Though, strangely, Yellowstone also has a vast ecosystem; it has several to be exact and there is a subalpine forest which is the dominant of all ecosystems.

The Early Life of Yellowstone

Many do not know that for almost over 10,000 years, Yellowstone was actually the home to many Native Americans and that the region of Yellowstone was very much unknown for many years. It was a vast region that was very much unexplored or discovered even during the Expedition mission of Lewis and Clark which was in the 19th century, the early part of the century. However, the region was visited occasionally by the mountain men during the early and mid part of the 19th century.

It wasn’t until the late 1860’s when there was actually an organized exploration date set of Yellowstone. It was the American Army who was brought in to oversee things in the park. However, in 1917, the administration of the park was handed over; control was passed over to the National Park Service created in 1916. Since the early 1900’s, there have been many structures erected to help protect the historical features and architectural history of the Yellowstone National Park. What is more, over one thousand different archaeological sites have also been discovered and examined by researches since 1917. 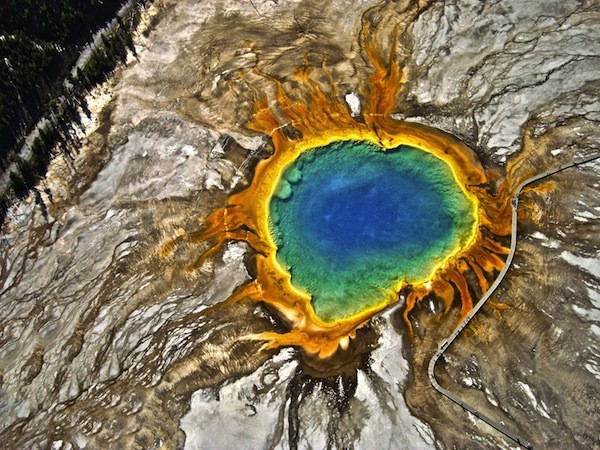 The Vastness of Yellowstone

Yellowstone is actually extremely large as it can span over a huge area of 8, 980 KM2; this is three thousand, four hundred and sixty eight point four square miles. This is a vast area to explore and there are many canyons, mountain ranges, rivers and of course lakes that make up Yellowstone. It is a beautiful area to explore and it holds so many secrets because even though it was discovered in the 1800’s, still so much is unknown.

The Yellowstone Lake is considered to be one of the few largest lakes that are high altitude lakes throughout North America. The largest super volcano can also be found on the North American continent – the Yellowstone Caldera. This is a fantastic feature of Yellowstone but it is still an active volcano. It has erupted thousand years ago and the force of the eruptions has all been very wild and very dangerous.

The Yellowstone Caldera actually covers most of the land area of Yellowstone; this is from the rocks from the volcano as well as the lava flow which also comes during the eruptions. What is more, almost 50% of the world’s geothermal factors come from Yellowstone and are found in Yellowstone. This is because of the volcano which creates a lot of friction and volcanism also.

Though, in Yellowstone, there are dozens of different species of fish, reptiles, birds and mammals. There are hundreds in fact and many of them have been studied and documented by the authorities. There are several species which are considered to be endangered; and there might still be species out there that is undiscovered.

Though, the grasslands and forests are tremendous as they are very large and there are endless species of plants which are considered to be unique also. There are many different types of animals found in the park including herds of elk and bison – which are free and unkempt; and there are also wolves and grizzly bears that can be found in Yellowstone. This is their home and they are undisturbed by many who visit; and the bison herd in the park is actually the oldest herd found in America today.

Mostly each year, there will be a forest fire that breaks out. This can occur and one of the biggest fires was in 1988 in which almost a third of the entire park was damaged and burnt. Though, the park is considered to be safe as there are many recreational activities to complete. 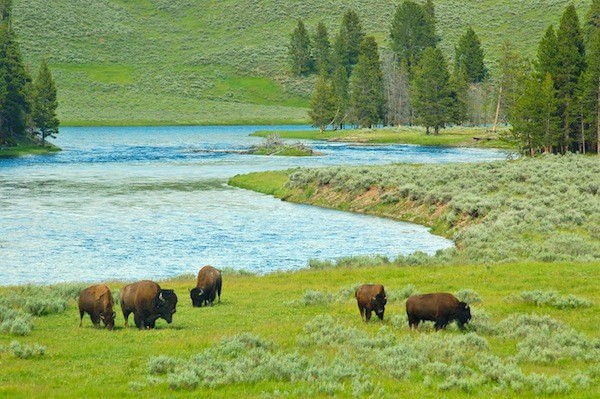 These are only a few examples of recreational activities. However the park does have millions of visitors each year including tourists and local parties also. There are many good paved roads which allow visitors to easily access the various areas of the park. They can take visitors to the beautiful sights of the waterfalls the park has and of course some of the most amazing lakes also. During the winter time however, most of the visitors are going to use snow mobiles or snow coaches to visit the park and delve deeper into the park also.

However, in the very early life of the park, there were many who wanted to reduce the overall size of the park. Many wanted to be able to use some of the land that Yellowstone covered for things such as hunting, logging, mining and many other activities could go ahead. However, that was when the American government got involved; though it was difficult to prevent anything happening to the park as there was very little money available.

Today, the Yellowstone National Park is a national icon and something which is very popular. It is a natural beauty and something that is very spectacular indeed with many amazing features to view as well as history found here.