Yosemite is a large national park within America, found in California. The National Park Service are the people who manage the park and the actual park can cover over seven hundred thousand acres of land. The Park stretches across the slopes of the mountain chain of Sierra Nevada. Every year, there are more than three million people who visit the park.

The Yosemite National Park was considered to be a World Heritage Site in 1984; and it is known throughout America and indeed the world. Throughout the world, it is the clear streams, the giant Sequoia groves and the amazing waterfalls and the spectacular granite that is recognized. Many people know this park because of its many distinctive features and it is one of the reasons why millions visit each year.

It was President Abraham Lincoln who signed the Yosemite Grant in 1864; and it has become one of the largest national parks throughout America today. The park has been characterized with older rocks and granitic rocks. Throughout the early life of the Yosemite National Park, there were a huge amount of efforts to help protect the area.

Even today, there are many activities to help preserve the Yosemite National Park as well as ensure the many inhabitants are kept safe. There have been many who work year long to try to preserve the park and help keep the plant life and every species safe also. 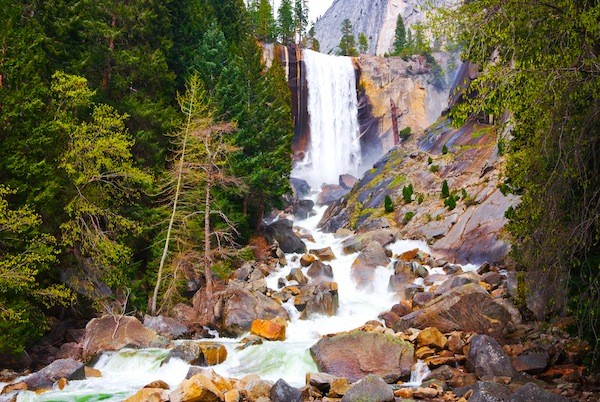 The Inhabitants of Yosemite National Park

There are also reptiles found such as;

However, these reptiles are not easily found; they aren’t common but can still be found.

Problems in the Yosemite National Park

In Yosemite National Park, there are a lot of different species living there but some of the inhabitants are not so lucky. Even though there are high quality habitats, animals such as the Least Bell’s Vireo, the Brown Bear and the California condor have actually become extinct within the park. This is extraordinary news however because these animals have become extinct within a space of time. There are almost thirty seven different types of species which are actually under threat. This is because of climate change, pollution, exotic species threatening the animals and many other factors which cause the animals to become extinct and endangered also.

A short while ago, the Black bears of the park were actually famed; they used to break into many parked cars and steal food, they weren’t actually harming anyone, only the cars! The bears were also a huge tourist attraction and the garbage dumps within the park were also famed as a tourist spot because the bears would meet here. They would meet up to eat garbage and the tourist would take photographs of the bears also.

However, with more interaction with the bears and humans, it increased the risk of damage to property. This actually led to a campaign – an aggressive one – that tried to stop the bears from having to rely on food from humans and interacting with them also. Most of the open air dumps were closed off to the public and all of the bins in the park were actually replaced with bins that were bear proof. It was the same for the camp sites; there were bear proof food lockers provided also. 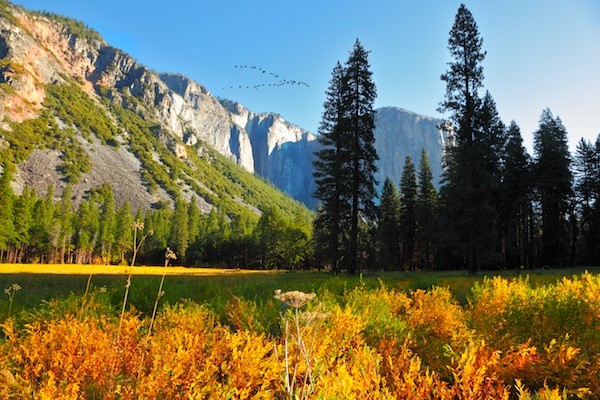 The reason why the bears in Yosemite National Park are encouraged not to have a lot of human contact is because they can show aggression. This could lead to the bears being destroyed and no one wants that. This is why there are more and more people who are trying to be discouraged from interacting with the bears. It is a safety barrier for both humans and the bears.

However, things such as the ozone pollution are also causing a lot of problems within the park. There has been a lot of damaged done to the massive giant sequoia trees. The pollution is causing trouble to the trees and this trouble can mean that the trees are vulnerable to become diseased and have insect infestations building up. Many trees are unable to reproduce because of the soil isn’t able to provide enough nutrients.

The Activities in Yosemite National Park

The Yosemite National Park is opened all year round, however, during the later parts of autumn, a large section of the park is closed. This is due to the snow but it does open back up to all in spring time. For anyone who wishes to visit the park, they could take the open air tours. However, visitors can also go on short walks in the park. Visitors will also be able to take to longer hikes to the waterfalls of Yosemite Valley.

More often than not, most of the visitors will spend the day at the Yosemite Valley. This is a great area to visit and anyone will be able to enjoy a fantastic day out there also. This is one of the simplest areas to get to within the park but there are many other areas to explore also. Though, some of the other areas in and surrounding the park can be quite difficult to reach on foot at times, especially with a vehicle.