If you had to pick an ocean to swim, you would not pick the Arctic, right? That’s because it's the coldest ocean on Earth, and only the species adapted to its temperature are capable of living there.  This body of water is the smallest and shallowest of the oceans, and it is in the northern hemisphere. Still, it is 1.5 times larger than the United States. The world “Arctic” comes from the name of the constellation Arktos, which in Greek means “bear.”

Regardless its unbearable cold temperatures, this territory has been inhabited for about 20,000 years by the Inuit and the Yupik, who have physical and physiological adaptations to living in these extreme conditions.

This ocean has an area of approximately 15,558,000 square kilometers and a total of 45,389 kilometers of coastline. It covers about 3.17 percent of Earth’s surface. Its waters touch the northern regions of Alaska, Canada, Norway, Iceland, Russia, and Greenland, and it surrounds several islands. Its area includes Baffin Bay, Barents Sea, the Beaufort Sea, the Chukchi Sea, the Greenland Sea, Hudson Bay, the Kara Sea, the Laptev Sea, the White Sea, Hudson Strait, the Siberia Sea and others. It connects to the Pacific Ocean through the Bering Strait and the Atlantic Ocean through the Greenland Sea and the Labrador Sea. Its southern boundary is the Arctic Circle, at parallel 66°33' north.

In the Arctic, massive ice sheets of two or three meters thick float around freely, continually shifting due to winds and ocean currents. If these ice chunks collide, they form irregular lines of ice, known as pressure ridges, which can be three times as thick as the individual pieces.

Properties of the Arctic Ocean.

During the summer, the ice caps are surrounded by the ocean, but in the winter they double in size. The Arctic climate is described as polar, characterized by a perennial cold. The islands have a permafrost layer, in other words, a layer of ice on the soil’s surface. Other land regions like Alaska have a tundra biome.

In the winter, the sun is conspicuously absent, the sky is clear, and weather conditions are stable, but summer has permanent sun and humid environments, occasionally pounded by cyclones and snowstorms. In winter, the temperature fluctuates between -50°C and -1.1°C and in summer, the temperature can be up to 10°C. This ocean has the lowest salinity of any ocean due to low evaporation rates and freshwater inflows. 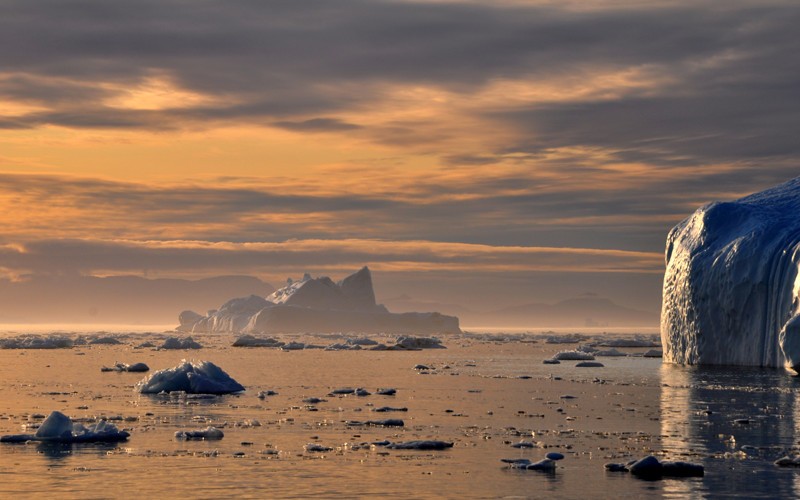 2. The Alfa mountain ridge, a plane range with peaks of about 3,000 meters.

It is also divided into three large bodies of water, depending on the depth:

1. Arctic Deep Water, the deepest part, beginning at about 900 meters below the surface

2. Atlantic Water, found between 150-900 meters deep and having the same level of salinity as the Arctic Deep Water but warmer.

3. Arctic Surface Water, above 150-200 meters deep and is a subsurface layer with swift currents.

Economic Importance of the Arctic Ocean .

The cold conditions do not deter the proliferation of several species there. Narwhals, walruses, belugas, seals, bowhead whales, and Lion’s Mane Jellyfishes, which grow up 2.4 meters long, inhabit the waters of this ocean. Plankton, algae, various fish species, and polar bears also live in this environment.

In the ground, there are vast deposits of oil, natural gas, and metals, which are essential resources for various countries. Its waters are navigable taking the proper care to avoid icebergs; between March and April, ice covers a large part of the ocean. This challenge has become more important as some tests indicate that it could hold more than 25 percent of the undiscovered deposits of oil and gas.

This ocean is also a maritime link between the east and western Russia and North America. However, the center of this ocean is disputed between Norway, Denmark, United States, Canada, and Russia. 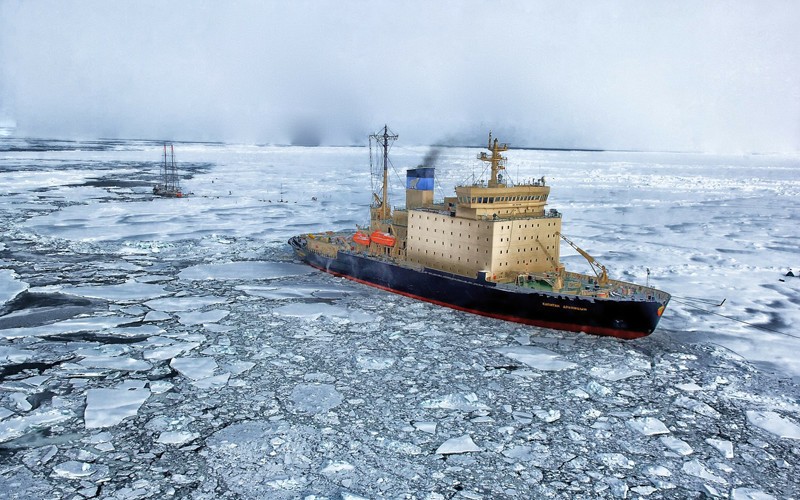 Conservation of the Arctic Ocean.

This ocean is evidently affected by climate change as due to the rising of global temperatures, the ice layer gradually thins. The thaw could cause serious flooding in the future, burying some countries under water, pollute some territories because its high concentration of radioactive contaminants, and alter the direction of ocean currents which could cause severe weather disruptions.

Along with the above, animal species would also be affected. Some researchers think that by the year 2040, the Arctic could be entirely melted because the ice pack of this ocean shrinks by eight percent each year.

- It is the smallest ocean.
- The Arctic Ocean is the only home of polar bears.
- Its deepest point is the Fram Basin, which has a depth of 4,665 meters.
- It is five times larger than the Mediterranean Sea.
- During summer, its ice shrinks by 50 percent.