Ocean, the source of life.

The Ocean is an immense body of water that covers more than 70 percent of planet Earth, and it is possibly the home of the first living organisms. The ocean is a unique, full of natural resources, resplendent beauty, strange and ordinary life, and valuable resources.

Ocean is the name given to a body of saline water larger in size than a sea. The world’s ocean contains about 1.35 billion cubic kilometers of water and represents about 97 percent of all the water on Earth, although more than 95 percent of what exists underwater is still unexplored and a mystery to us.

For research, study, and investigation, the ocean is split into five parts that most people know: the Pacific Ocean, the Atlantic Ocean, the Indian Ocean, the Arctic Ocean, and the Antarctic Ocean. Historically, the first four have been mapped and recognized by most countries, but now the Antarctic is gaining more international recognition. The Indian, Pacific and Atlantic oceans are called “the three great oceans” and their navigation and exploration date back to the early civilizations. 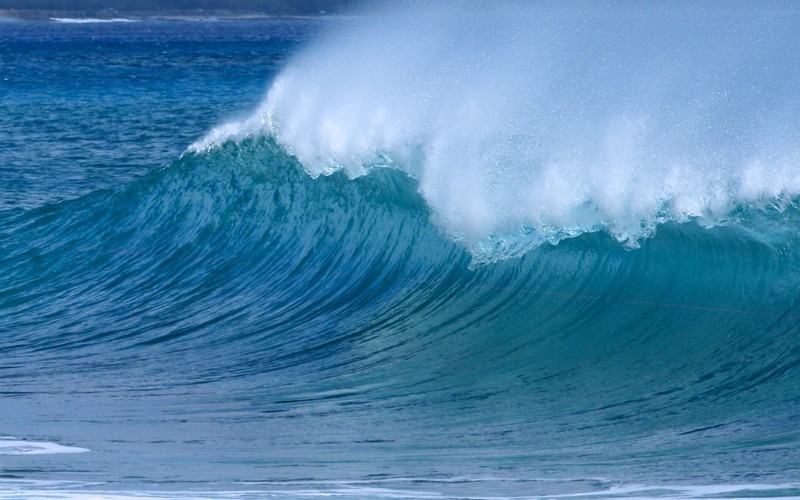 After Earth’s formation, around 4.5-4.6 billion years ago, lighter rocks rose to form Earth’s crust while heavier ones sank and settled to form the mantle and core of the planet. While the molten rock cooled, the water vapor inside was expelled along with other gasses; at some point, the steam condensed and formed an ocean, which over the years became the one that touches the shores today.

Although there are many theories about the beginning of life, most scientists agree that the ocean hosted the initial forms of life, which were the ancestors of all life that now exist, including humans. One of the most considered hypotheses indicates that living organisms originated near a hydrothermal vent in the ocean, given the chemical and energy characteristics that exist there. Many marine species are considered primitive or “living fossils” because they have not evolved much over thousands or millions of years and greatly resemble species that lived in ancient times.

Even today there may be species with ancient origins. Marine life is vast, diverse, and surprising. Many biologists believe that between 500 thousand to five million marine species are not discovered yet, and less than five percent of the ocean has been explored.

Each ocean has own temperatures, salinity, and specific natural resources, but all of them have seamounts, ridges, animal and plant species, minerals, and other resources. The ocean is home to the largest animals in the world, like the blue whale, and tiny creatures like plankton and krill. Fish exist in vast quantities, and many of them serve as food for humans and marine and land species.

The ocean is home to the largest animals in the world, like the blue whale, and tiny creatures like plankton.

Although the oceans provide us a set of useful natural resources, they are also prone to suffer damage: overfishing, pollution, endangered marine species, etc. It is important to take care of the aquatic ecosystems because damaging them can impact and have grave consequences for all living beings on the planet.

Interesting? If so, you can learn details about each ocean and everything about them, with concise information that will take you step by step through aquatic life.