The Pacific is the largest ocean on Earth; its name comes from the explorer Ferdinand Magellan when sailing the mighty winds of the Atlantic, found calm and favorable winds. Thus he named it "Pacific Ocean.”

This enormous mass of water ranges from the Arctic Ocean to the Antarctic or the Southern Ocean, from the Bering Sea in Alaska to the Ross Sea in Antarctica. It meets the Atlantic Ocean through the Bering Strait in the north and the Drake Passage and the Strait of Magellan in the south. It borders Asia and Oceania in the west and the Americas in the east.

The Pacific Ocean is two times bigger than the Atlantic and also contains twice the volume of water.

In simple terms, the Pacific Ocean is two times bigger than the Atlantic and also contains twice the volume of water: 714 million cubic kilometers. It occupies an area of about 161,760,000 square kilometers and includes the Bali Sea, the Bering Sea, the Gulf of Alaska, the Gulf of Tonkin, the Coral Sea, the East China Sea, the Philippine Sea, the Sea of Japan, the South China Sea, and the Tasman Sea.

Its widest point is at a latitude about 5° north, and its deepest point corresponds to the Mariana Trench, which is about 11.3 kilometers deep.

Characteristics of the Pacific Ocean.

The salinity of ocean water is variable and depends on three factors: winds, precipitation, and evaporation. High salinity values are when there are more than 35 parts per thousand or 3.5 percent and low values, less than 3.5 percent. Given this information, the lowest salinity is found in the extreme northern areas of the ocean (3.2 percent) and the highest occurs in the southeast, where the water reaches up to 3.7 percent. When there is more rainfall, the salinity decreases and when the evaporation increases the salt concentration increases too. 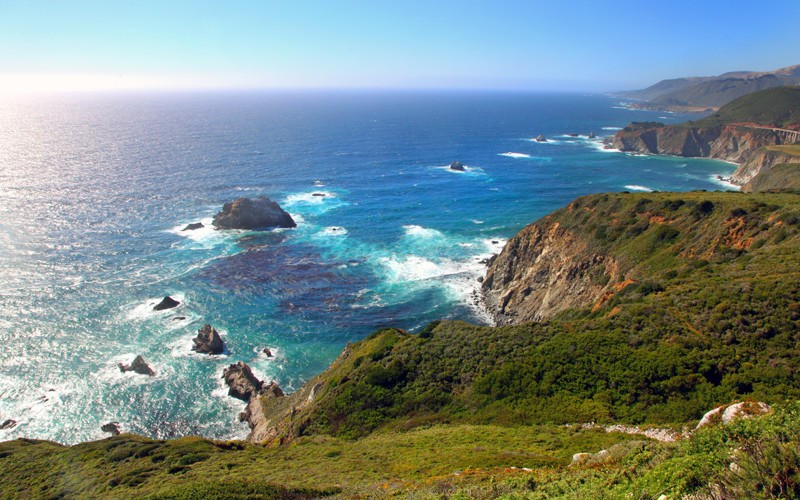 In this ocean, there is a lot of volcanic activity and earthquakes because the “Ring of Fire” surrounds it. From May to December is the tropical cyclone season in South Asia, and from June to October is hurricane season in the American continent, in an area ranging from southern North America to northern Central America. The North Pacific surface currents move clockwise while in the South Pacific, they move in the opposite direction.

Economic Importance of the Pacific Ocean.

The Pacific contains significant deposits of oil and gas, and its waters are home to thousands of important edible species in the fishing industry. It is also a source of minerals, sand, and metal for the construction business. In 1996, approximately 60 percent of the fishing was done in the Pacific Ocean, and its oil reserves have an essential role in the energy supply of the countries bordering its waters.
The Pacific’s waters are used to provide transportation services east to west; strategic navigation routes are in Taiwan, Singapore, and the area known as the Torres Strait, located in Oceania.

The Pacific Ocean is shrinking by one centimeter per year as a result of the movement of tectonic plates.

Conservation of the Pacific Ocean.

The Pacific Ocean is shrinking by one centimeter per year as a result of the movement of tectonic plates. In 2000, the International Hydrographic Organization declared the recognition of a fifth ocean, the Antarctic or the Southern Ocean, reducing a part of the South Pacific.

This ocean is subject to one of the most serious pollution incidents in history; in its waters, there is the Garbage Island or the Great Garbage Patch, a sort of territory made up of waste, mostly plastics. The situation is precarious since thousands of animal and plant species live in the area and the environmental risks that this implies.

• If all continents could be placed over the Pacific Ocean, there would still be room to spare.
• It covers one-third of the Earth’s surface (33.1%).
• It's about 15 times larger than the United States.
• The Great Barrier Reef, located in the Pacific Ocean, is the world's largest reef.