The Atlantic Ocean is a huge mass of water covering about 16.7 percent of the Earth and a total area of approximately 85,133,000 square kilometers. To have an idea of its size, it is slightly larger than half of the Pacific Ocean.

The Atlantic is the saltiest ocean in the world.

The northernmost waters sink because they are colder, denser, and saltier than normal due to being cooled by Arctic currents; this creates what is known as “thermohaline circulation” or the “ocean conveyor belt.”

The name Atlantic comes from Atlas, a character from Greek mythology known for holding up the sky on his shoulders. 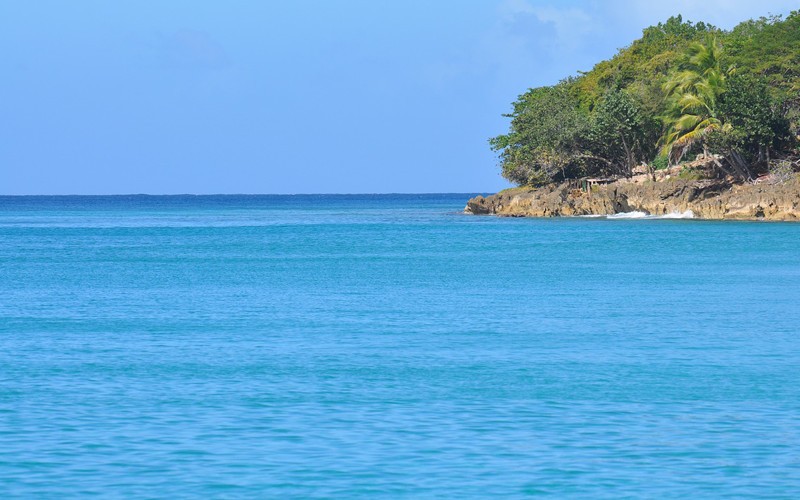 Properties of the Atlantic Ocean.

The Atlantic is the saltiest ocean in the world; however, the surface salinity varies with latitude and season. Thus, the saltier waters are at a range of latitude from 25° north to 25° south and in tropical areas of low rainfall and high evaporation. The lowest levels of salinity occur north of the equator.

Temperatures can vary depending on the latitude and the season, but they are about -2 °C. Again, north of the equator, the warmest temperatures are registered while the coldest are in the Polar Regions. Between August and November, hurricanes are common, tending to develop along the coasts of Africa and moving westward into the Caribbean Sea.

The ocean floor is relatively flat but has abyssal plains, ridges, depressions, plateaus, and canyons. In the Labrador Sea, the Denmark Strait, and the coast of the Baltic Sea, the water is usually covered with lots of ice packs between October and June.

Economic Importance of the Atlantic Ocean.

The Atlantic Ocean is the main communication link between Europe and America and has been sailed for many centuries. It has a considerable vessel traffic. At the same time, it has significant oil and natural gas deposits in the sedimentary rocks of the continental shelves, especially in the Caribbean Sea, the Gulf of Mexico, and the North Sea.

The Atlantic is exploited for fisheries, sand, gravel, poly-metallic nodules, and gemstones.

Besides oil and gas, the Atlantic is exploited for fisheries, sand, gravel, poly-metallic nodules, and gemstones. Fishing is plentiful, and the most important fishes are cod, hake, herring, and mackerel.

Conservation of the Atlantic Ocean.

Oil spills pollute the Atlantic Ocean; water drain with toxic substances, and garbage. Some international treaties are concerned about this and have joined forces to reduce the effects. However, many animal species are already endangered such as the manatee, some whales and turtles, sea lions, and seals.

• It’s the world's second largest ocean.
• Among the five oceans, it is probably the last formed on Earth.
• The Ancient Greeks believed that it was an enormous river encircling the world.
• Sometimes, it is called "black Atlantic" for the role it served in the history of dark-skinned  people, who often traveled from Africa to America by sea.
• In 2013, a crack in the earth's crust was discovered, it marks the future  union of the American and European continents and the disappearance of this ocean in about 220 million years.