The simplest definition of Precipitation is any form of water that falls from the sky. Evidently, any precipitation develops in Earth’s atmosphere and then falls to the surface, usually as rain.

Precipitation is part of the water cycle, and thanks to this component, living organisms get the freshwater they need to survive. After falling, it evaporates and rises into the atmosphere as a gas, condenses, and falls again. This process repeats over and over again.

Each year about 505,000 km3 of water fall to the Earth´s surface; 398,000 km3 on oceans and 107,000 km3 on land. It means that on average, annual rainfall is about 99 centimeters.  But precipitation is different in each region of the world. For example in Georgia, USA, the rain falls evenly during the year, about 102-107 centimeters annually, while in Arica, Chile, it didn’t rain for 14 consecutive years. Then, rainfall can vary across a region, area, or even a city.

It means the conversion of water vapor into a liquid that accumulates around tiny dust particles, forming clouds.

Precipitation falls to Earth after a condensation process. It means the conversion of water vapor into a liquid that accumulates around tiny dust particles, forming clouds. When the droplets become too heavy, gravity pulls them down. Let´s explain it further:

During the water cycle, the process of evaporation causes liquid water from the oceans, rivers, lakes, and other bodies of water and even plants to become water vapor in the air. This vapor rises and accumulates in the atmosphere, forming clouds. Clouds are made mainly of water droplets, dust, ice, and salt. When they rise high enough, they become cirrostratus clouds, high-level clouds composed of ice crystals, and altostratus clouds, thick clouds made of ice and water.

Eventually, clouds fill with microscopic water droplets, which grow heavier; this happens due to air turbulence that moves droplets around and joins them. When they’re eventually heavy enough to overcome air resistance, they fall to Earth surface. All types of precipitation originate in the clouds. 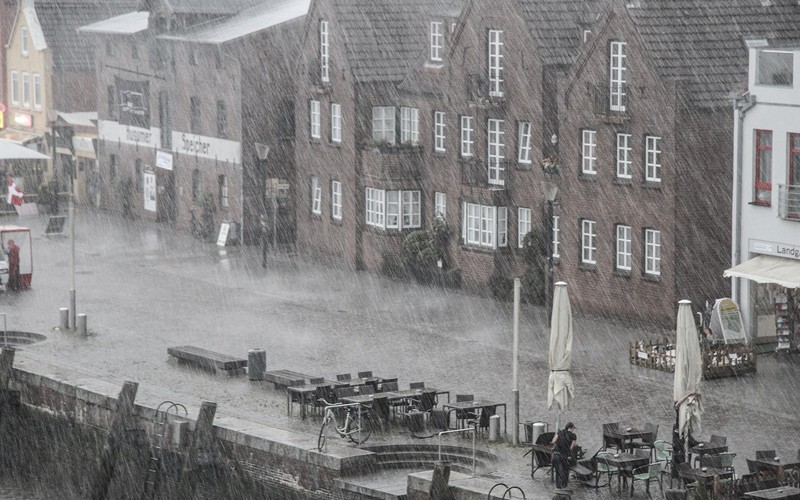 Rain.
It is the precipitation in the form of drops of liquid water. Unlike its traditional representation, drops are spherical and not shaped like teardrops. They can have a diameter up to 6 mm; if drops are less than 0.5 mm, it is called drizzle.

Snow.
Snow is precipitation in the form of ice crystals. Its formation takes place in clouds when water vapor is sublimated and forms delicate ice crystals. When they fall, they join and form snowflakes, and therefore each flake has a complex structure based on crystals of frozen water, but they are soft if touched. According to the temperature and humidity, the snowflakes develop diverse patterns.

Precipitation allows plants to grow and agriculture to be successful provinding food for humans.

Hail.
It is the precipitation in the form of pieces of ice, created when chilling water droplets freeze at the top of the clouds. When they become larger, due to the binding of the frozen drops, air currents can’t hold them in the clouds, and these ice pieces fall. Given their size, they do not melt before reaching the Earth’s surface. Most Hail has a diameter of 25 mm, but they can be as large as 150 mm or as small as 5 mm. 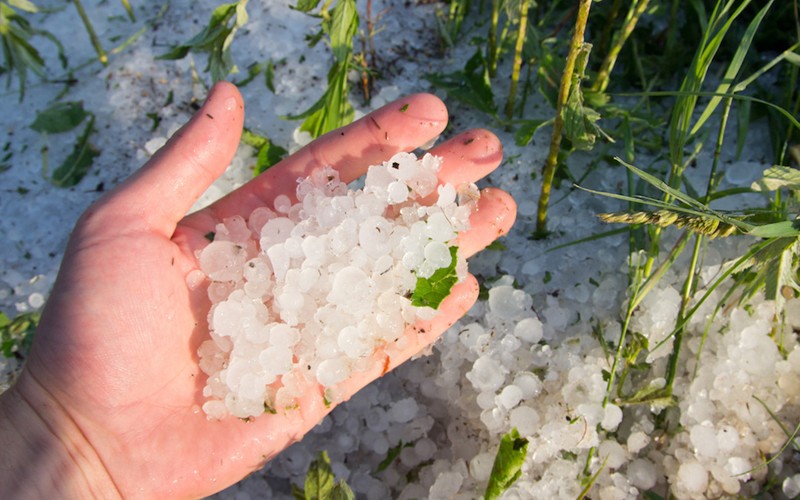 Sleet.
Sleet is rain and snow mixed that freezes before it hits the ground, creating ice pellets.

Another lesser-known kind of precipitation is diamond dust, which is composed of small ice crystals formed at temperatures not exceeding -30°C.

Needless to say, that precipitation is the basis of life. If the water vapor in the air just remained suspended there, bodies of water would dry up, and life would be impossible. Precipitation allows plants to grow and agriculture to be successful provinding food for humans.